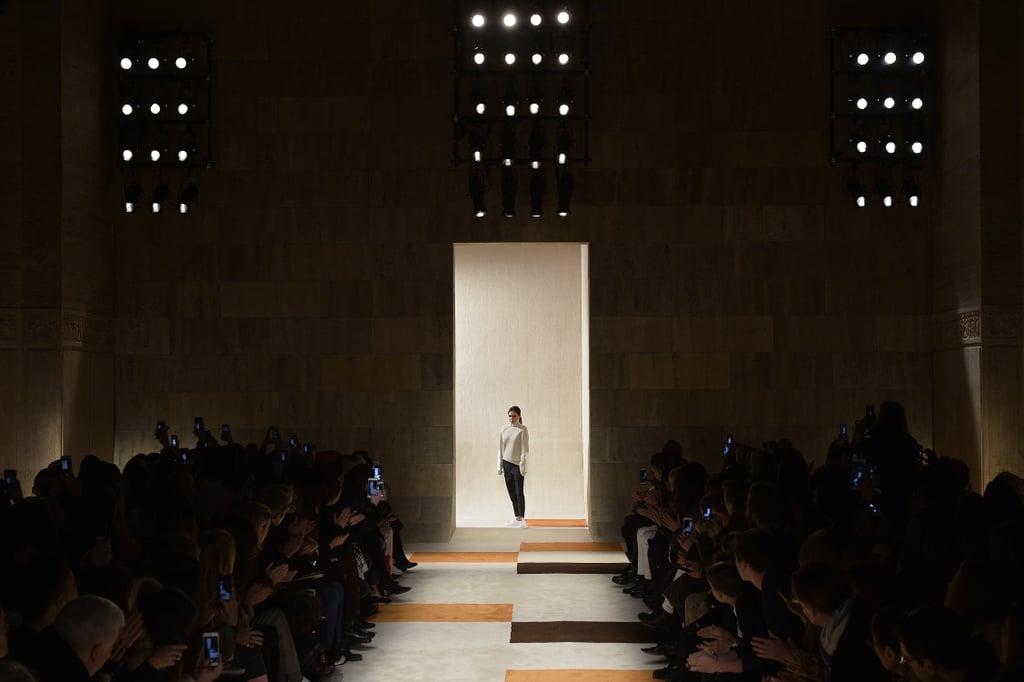 Victoria Beckham Renders a Final Verdict on the Matter of Flats vs. Heels

Victoria Beckham had a good run in high heels. But after wearing Stan Smiths to take her finale bow after the Fall 2016 show for her Victoria Beckham collection during New York Fashion Week, Posh hints that she may be hanging up her Louboutins and Manolos for good.

In a recent interview with The Telegraph, Victoria explained her reasoning for bidding 4- and 5-inch heels adieu.

"I think people saw the real me when I came out in a pair of men's trousers, a roll-neck, and trainers," she said of her ensemble at her NYFW show. Her look was much the same when she debuted another collection, her Fall 2016 Victoria Victoria Beckham range, in London this week. "I just can't do heels any more. At least not when I'm working . . . I travel a lot," Victoria added.

Victoria famously remarked in 2008, "I just can't concentrate in flats." And her latest comments on the topic may mark the end of an era — but we're a little skeptical. Victoria still wears heels to work and elsewhere, so perhaps she's just broadening the the range of shoes she wears — that's a plan that makes a lot more sense.

Nonetheless Victoria has been photographed in flats quite often lately, and here are five times she proved she does, in fact, love a flat shoe.