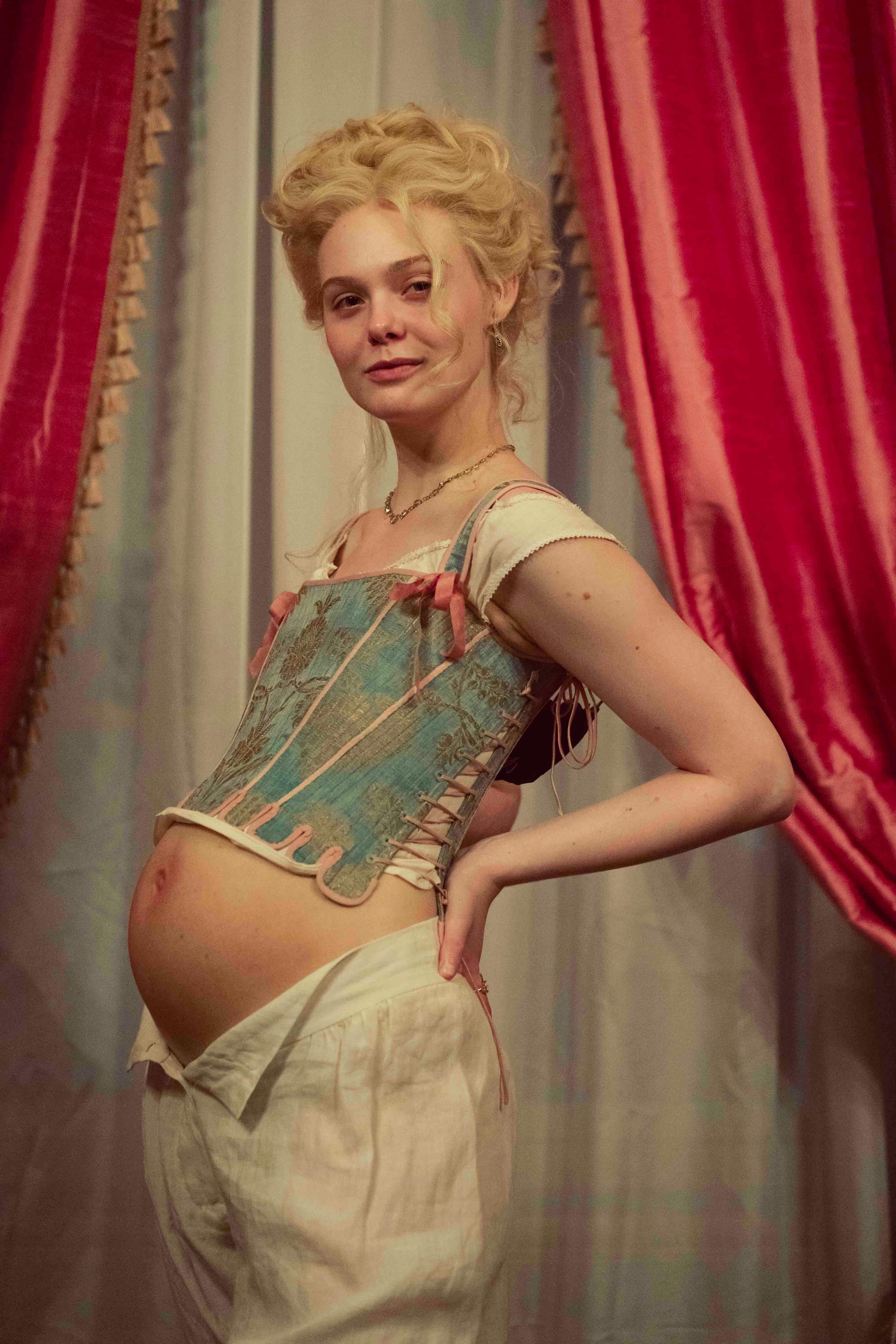 If Instagram existed in the 18th century, this is what pregnancy reveals would look like. After season one of Hulu's The Great left us with many unanswered questions, it looks like we can check "Is Catherine the Great really bearing a child?" off our curiosity list. This week, Elle Fanning shared the first look at her character in season two, and Catherine is in fact pregnant. While we have no idea what the occasionally factual show will strum up in the upcoming season, we can't help but fawn over the stunning blue corset Elle's character is wearing in this reveal.

Related:
See How Different the Cast of The Great Look Out of Costume

Elle shared the photo on her Instagram, writing, "Cooking up something special for season 2," and our eyes immediately gravitated toward her faux pregnant belly showing behind the teal and gold corset. With pale pink ties at the side and bows on the top, we're seeing a peeled-back look at all those gorgeous dresses and fur coats from season one. As the longest-reigning female ruler in Russia, we have high expectations for stunning looks that the costume designer has planned for Elle's character in the second season. And after nabbing a few Golden Globe nominations, we know it'll be great.