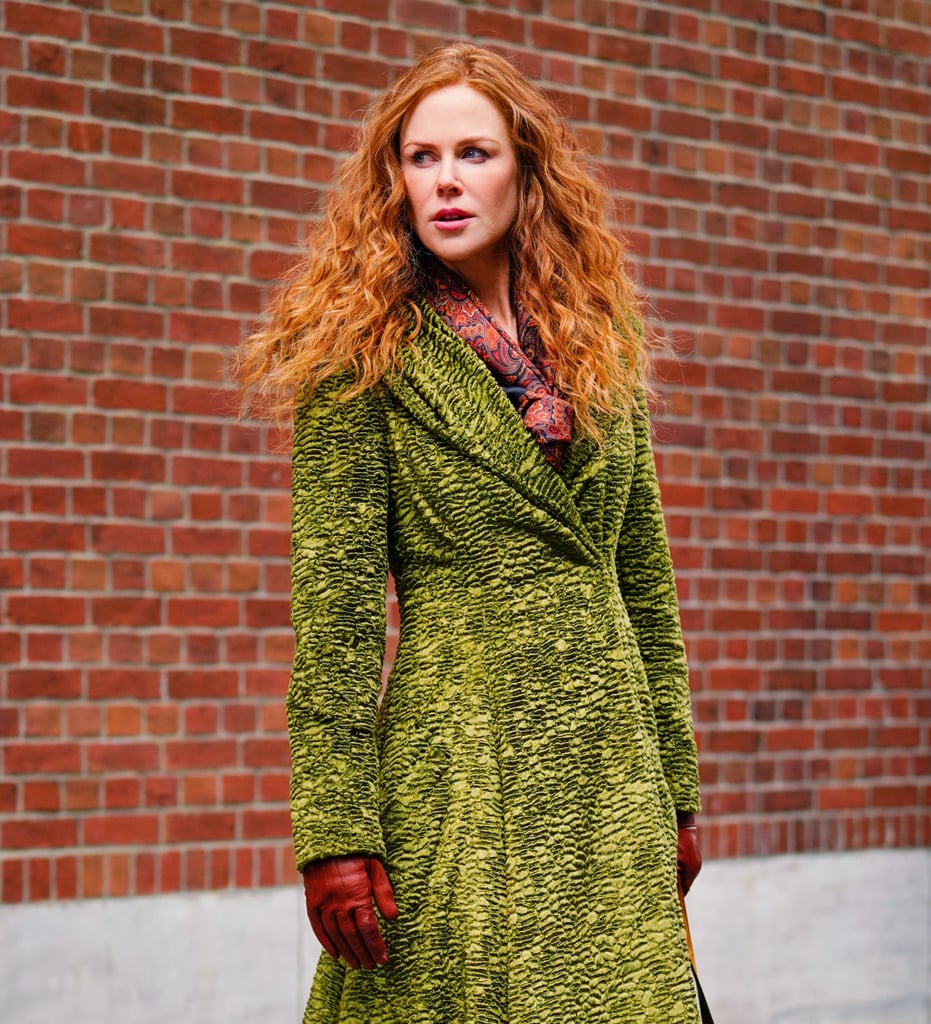 The Undoing always leaves me craving more than just one episode each Sunday — and not only because I desperately need to know who the hell killed Elena Alves. I quickly became entranced by Grace Fraser's wardrobe, which predominantly features lavish winter coats so long, they appear to be stowing away deep, dark secrets as she scurries across various Upper East Side crosswalks. (If you watch the HBO series, you know how often these crosswalk scurries happen.) We meet Grace, portrayed by Nicole Kidman, wearing one of said coats in the very first episode. As soon as I laid eyes on the sumptuous red number, I needed to know every last detail about the character's enviable outerwear collection, so I went straight to the source and chatted with The Undoing's costume designer, Signe Sejlund.

"I wanted her to be able to walk around New York and stand out and blend in at the same time."

Based in Copenhagen, Signe told me that her vision for Grace's style was hinged on two somewhat contradictory ideas. "I wanted her to be able to walk around New York and stand out and blend in at the same time," she said, the latter of which is certainly more ideal for someone entangled in a gruesome murder case like Grace is.

Signe decided to attribute to Grace her distinct, '70s-inspired bohemian style because it's something "completely new" for fans to see Nicole wearing on screen. Contrasting Celeste Wright's neutral ensembles on Big Little Lies, Grace rotates through a handful of lush, jewel-toned coats purposefully chosen to complement her bouncy red hair and fair skin tone. The rich jewel tones are also meant to remind viewers of Grace's disposition. "The colors are warm, and it tells you she's a warm person compared to Franklin, [who wears] more grays and blues, so [his wardrobe has a] colder tone to it," the Danish costume designer explained, referencing Grace's father.

Related:
All I Want For Christmas Is Nicole Kidman's Metallic Maxi Dress in the Premiere of The Undoing

Signe also gave much thought to the sweeping length of Grace's coats before hand-selecting each one. "When you do a show like this, it has to be quite cinematic. And I think that's what you get from a coat that has such a volume and such length," she said. Seeing as Nicole is quite tall — 5'11", to be exact — making those wardrobe moments feel visually dramatic meant altering some pieces to be longer and, yes, even designing Grace's famed green coat from scratch herself.

Curious to learn more details about Grace's coats on The Undoing, including how much that green hooded number weighs? Read ahead for the inside scoop on each one.