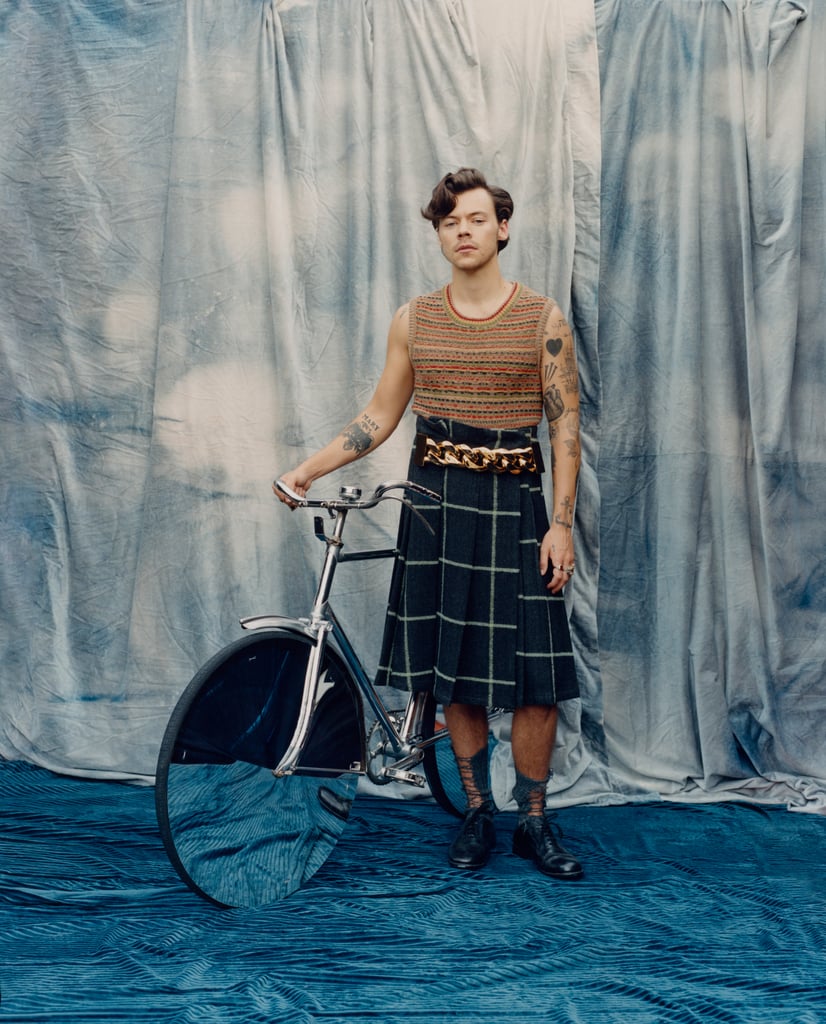 Harry Styles is the first man to appear on Vogue's cover solo, and I couldn't think of someone more worthy of the honor. As the focal point of the magazine's December 2020 issue, the singer-songwriter posed for an absolutely delightful fashion spread and chatted with journalist Hamish Bowles for an equally delightful interview about his music career, how he's been staying sane lately (hint: hanging with friends, taking long drives, and practicing meditation), and, of course, his one-of-a-kind fashion sense.

Harry's love of dressing up dates back to his childhood. His sister, Gemma Styles, revealed that their mother frequently outfitted them in homemade ensembles, which Harry was "always quite into." He told Vogue, "As a kid I definitely liked fancy dress." Reminiscing on wearing tights for a school play back in the day, he added, "I remember it was crazy to me that I was wearing a pair of tights. And that was maybe where it all kicked off." Oh, the things I'd do to see photographic evidence of a lil' baby Harry all suited up in his school play attire while taking the stage!

Fast forward to seven years ago when Harry met stylist Harry Lambert, and his personal style began undergoing quite the evolution, transforming him from a hoodie-sporting boy band superstar to the Gucci-loving, pearl-necklace-wearing, sweater-vest-rocking fashion icon we know and love today. "You can never be overdressed. There's no such thing," Harry said. You know he means that with his whole heart, too — who remembers his lace, gold-accented jumpsuit at the 2020 BRIT Awards? Or the bright yellow Marc Jacobs suit and tulle scarf he wore later on during that same award show? This man is always dressed to the freakin' nines.

". . . if you get something that you feel amazing in, it's like a superhero outfit. Clothes are there to have fun with and experiment with and play with."

What's more is that Harry is 100 percent comfortable giving outdated gender norms the middle finger, confidently wearing dresses in his music videos and sheer blouses on the red carpet — because why not? "Now I'll put on something that feels really flamboyant, and I don't feel crazy wearing it," he told Vogue of his bold fashion choices nowadays. "I think if you get something that you feel amazing in, it's like a superhero outfit. Clothes are there to have fun with and experiment with and play with." Speaking to the blurring of labels in fashion, he added, "When you take away 'There's clothes for men and there's clothes for women,' once you remove any barriers, obviously you open up the arena in which you can play . . . anytime you're putting barriers up in your own life, you're just limiting yourself. There's so much joy to be had in playing with clothes."

That love for experimentation certainly shone through during his Vogue cover shoot. Styled by Camilla Nickerson and assisted by Harry Lambert, Harry slipped into an array of designer outfits, including a ruffled, lace-trim Gucci dress, a Comme des Garçons Homme Plus kilt, and a custom-made Harris Reed outfit featuring a tulle and cage-like skirt. Check out a few snaps from the spread ahead, and then head on over to Vogue.com to see the rest of the photos and read what else Harry had to say about his career, personal style, and more.

Related:
A Love Letter to Every Outfit in Harry Styles's "Golden" Video (Especially the Button-Down)
Previous Next Start Slideshow
Harry StylesVogueCelebrity StyleMagazine Covers
Around The Web 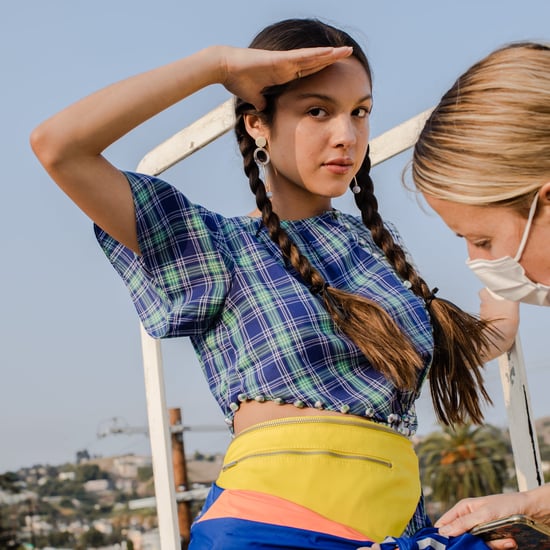