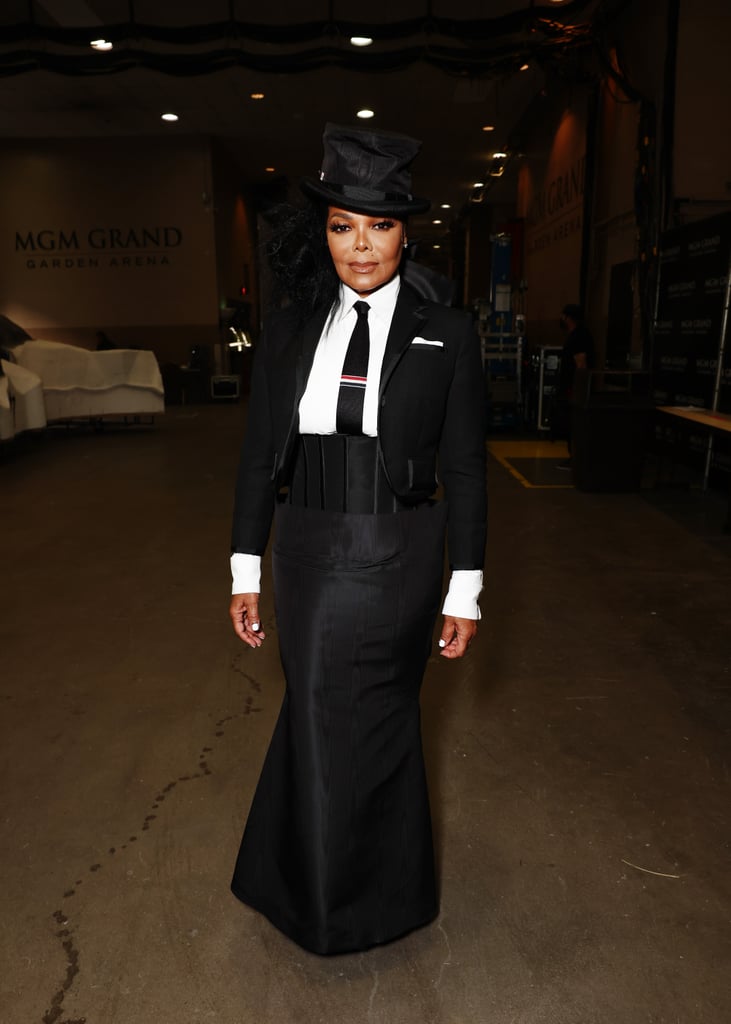 Janet Jackson Makes a Surprise Appearance at the 2022 Billboard Awards

At the MGM Grand Garden Arena in Las Vegas, fans in attendance cheered in excitement as Jackson walked onto the stage to present fellow pop icon Mary J. Blige with the 2022 icon award. "Mary J. Blige represents truth," the 56-year-old superstar said about the queen of hip-hop soul. For the occasion, Jackson chose a Thom Browne suit that featured several design elements the brand is known for.

The notoriously private pop star, who invited cameras and fans into her world earlier this year with her Lifetime documentary, conveyed a classic air of sophistication in her custom ensemble. In tune with the brand's sartorial ethos, Jackson wore a black shrunken cropped blazer (a Thom Browne staple), a white button-up with a signature Browne three-strip tie, and a high-waisted skirt with exposed corseted boning. The Grammy-winning entertainer completed the look with a timeless top hat, worn over a teased side ponytail with a bow. On the footwear front, Jackson opted for platform brogue heels with letter blocks spelling out "Thom Browne."

Ahead, see the birthday girl's (Jackson's birthday is May 16, like a true Taurus queen) tailored look and pictures from backstage at the 2022 Billboard Awards.