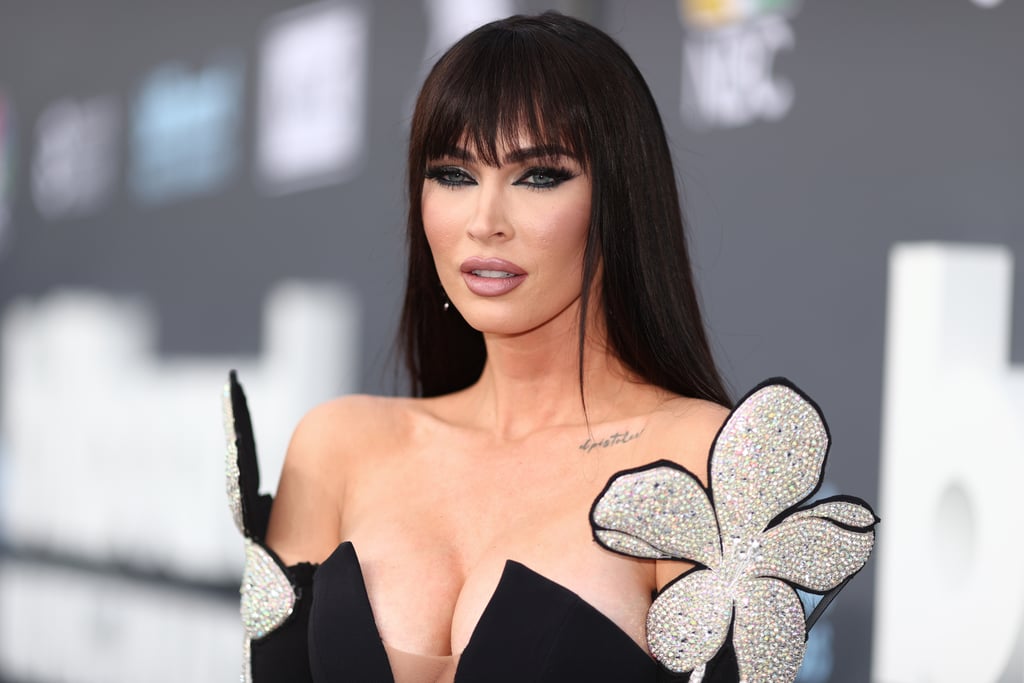 Megan Fox had quite the evening following the Billboard Music Awards in Las Vegas. While celebrating Machine Kun Kelly's romantic "Twin Flame" performance, where he referred to Fox as his "wife," there were plenty of outfit changes to be had, but the last one, in particular, is making headlines.

Fox, who works with stylist Maeve Reilly, ended the night in a blue rhinestone-covered jumpsuit with a plunging neckline that she apparently, cut at the crotch so that she and MGK could have sex. Fox posted a screenshot of her text exchange with Reilly, where she asked if "the design she tweaked was expensive," to which Reilly replied, "I hate you 😂😂😂 I'll fix it."

Megan's shimmering, arctic blue catsuit coordinated well with MGK's cable afterparty ensemble, an arctic blue knit sweater vest, and rows of pearls. Fox shared an image of the couple walking hand-in-hand into the event and photos of them posing in their hotel room. Just hours earlier, Fox and MGK walked the red carpet in cohesive looks, in David Koma and Dolce & Gabbana, respectively. The rhinestones and spikes on MGK's ensemble complemented the sequins that lined the floral appliqués on Fox's opera-length gloves. Throughout the course of their headline-grabbing, whirlwind romance, they have consistently been in sync when it comes to fashion. Reilly also shared a bathroom selfie of herself and Fox wearing gold complimenting looks (that presumably came in between the award ceremony and the afterparty).

Ahead, see Fox and MGK show off their sky-blue outfits, which may or may not be in rewearable condition at this moment in time.