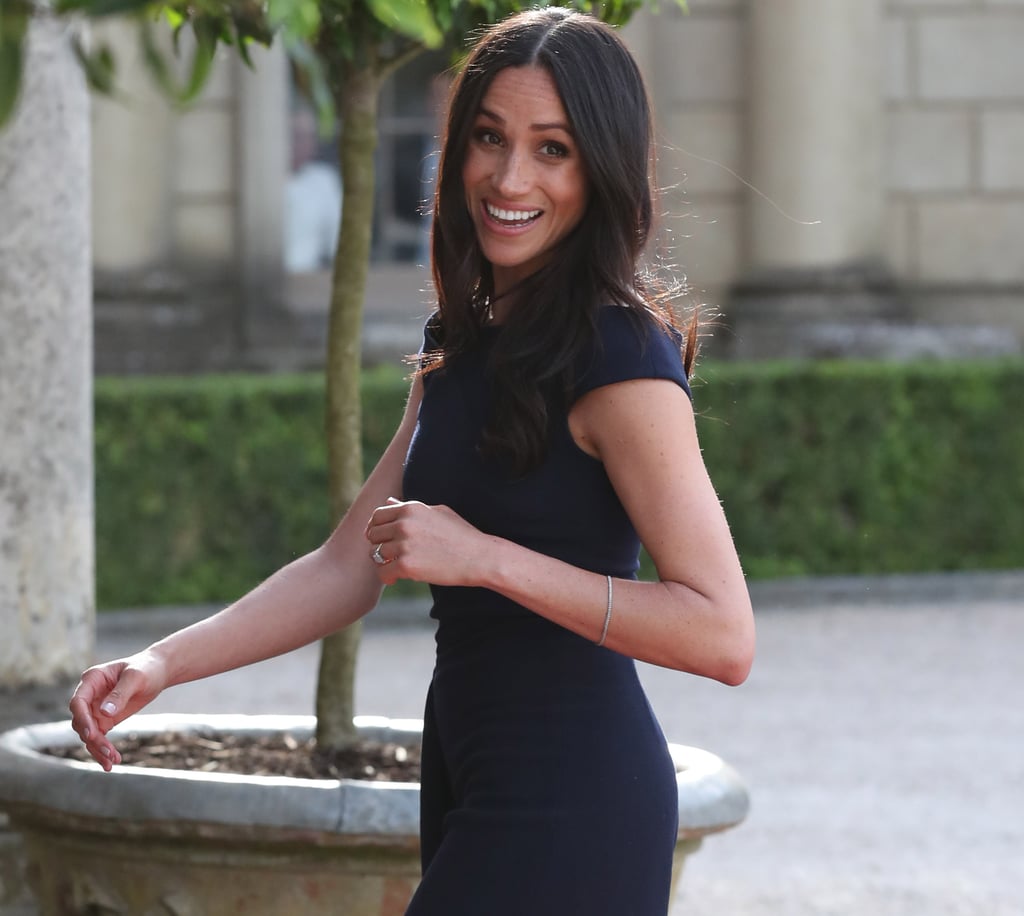 Meghan Markle attended Trooping the Colour, also known as Queen Elizabeth II's birthday parade, to kick off Platinum Jubilee weekend in England. This marks the first royal appearance for Markle in two years, since leaving the UK in March 2020 to relocate with Prince Harry. Markle, who did not take a spot on the balcony alongside other royals, was seen at the Major General's Office overlooking the Whitehall parade grounds in an off-the-shoulder navy dress and a wide-brim hat from Stephen Jones Millinery.

The 40-year-old author, editor, and advocate is known for sporting sophisticated and clean color palettes like this one, which Princess Diana also happened to wear quite often. Diana wore navy-and-white suiting for several events through the late '80s and early '90s accessorized with matching hats, many of which were meticulously designed by Philip Somerville.

Markle's look (which is presumed to be the asymmetrical Roland Mouret number she wore the night before her wedding) finished with delicate gold rings and what appears to be a pair of drop earrings — conjures specific images of Diana, who was known for teaming sleek dresses with two-tone hats for a stylish and modern take on regal fashion.

Markle also recently channeled Diana at Prince Harry's polo match in Santa Barbara, CA, on May 22, wearing a polka-dot Celine blouse with white shorts and pointy-toe black heels. It felt like a modern re-creation of the polka-dot shirt and gray skirt Diana wore to a Cirque du Soleil show with Princes Harry and William back in 1990.

Ahead, look back at Princess Diana's own style moments in navy and white, and keep your eyes peeled for more outfits from Markle. She and Harry are in Britain with their two children, Archie and Lilibet Mountbatten-Windsor, and are expected to make appearances throughout the special weekend.