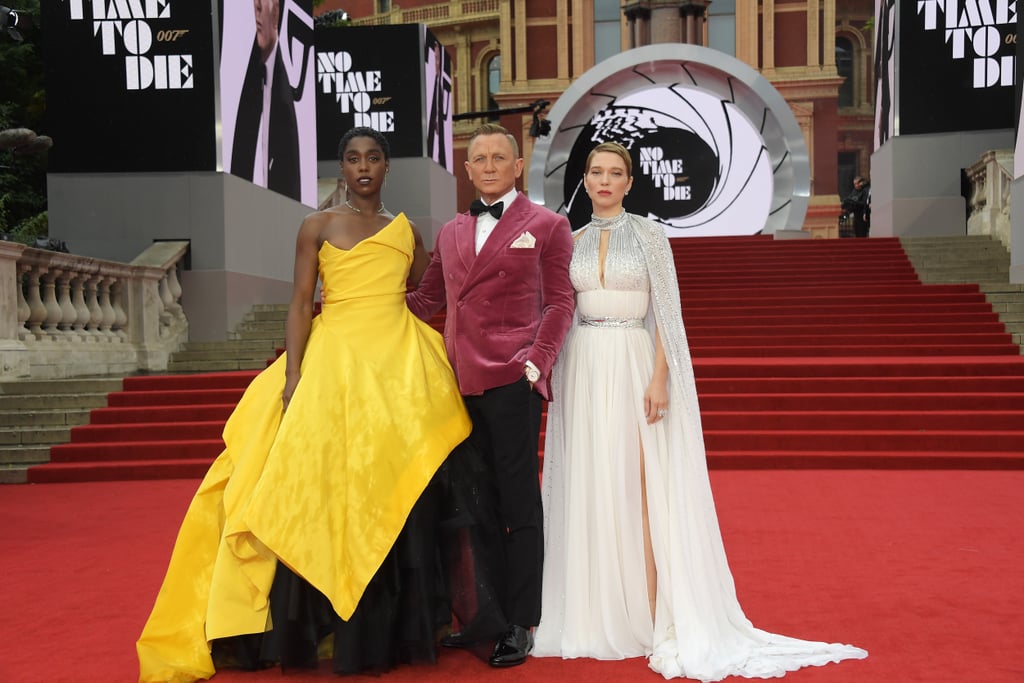 The No Time to Die Premiere: See All the Best Dressed Celebrities on the Red Carpet

Well, folks, after what feels like five years (OK, maybe it was only a few months), No Time to Die is finally here. And after such a long wait, it was only fitting that the world premiere of Daniel Craig's fifth and final James Bond film was a big celebration. Held at Royal Albert Hall in London, it seemed as though every major celebrity in the UK — be it actor, athlete, royal, or Peloton instructor (Leanne Hainsby was there!) — was in attendance.

Despite the torrential rain, the stars made it a point to dazzle with their red carpet fashion choices. Always one for bold color, actor Lashana Lynch stole the show in a vibrant yellow gown by a fellow Brit, designer Vivienne Westwood. Phoebe Waller-Bridge returned to the red carpet in a formfitting black sequined Azzaro jumpsuit, and tennis player Emma Raducanu channeled Old Hollywood in a shimmering white asymmetrical gown from Dior's 2022 Resort collection.

Perhaps the most surprising red carpet gown of the evening, however, was Kate Middleton's. The Duchess of Cambridge chose a gold sequined Jenny Packham gown that felt flashier and, dare we say, sexier than we usually see her in — even if the dress featured a shoulder-covering cape. And with a voluminous updo, it was almost as if she'd stepped off of the 1964 set of Goldfinger and onto the red carpet.

Keep reading to see all of our favorite fashion moments from the No Time to Die world premiere in London.