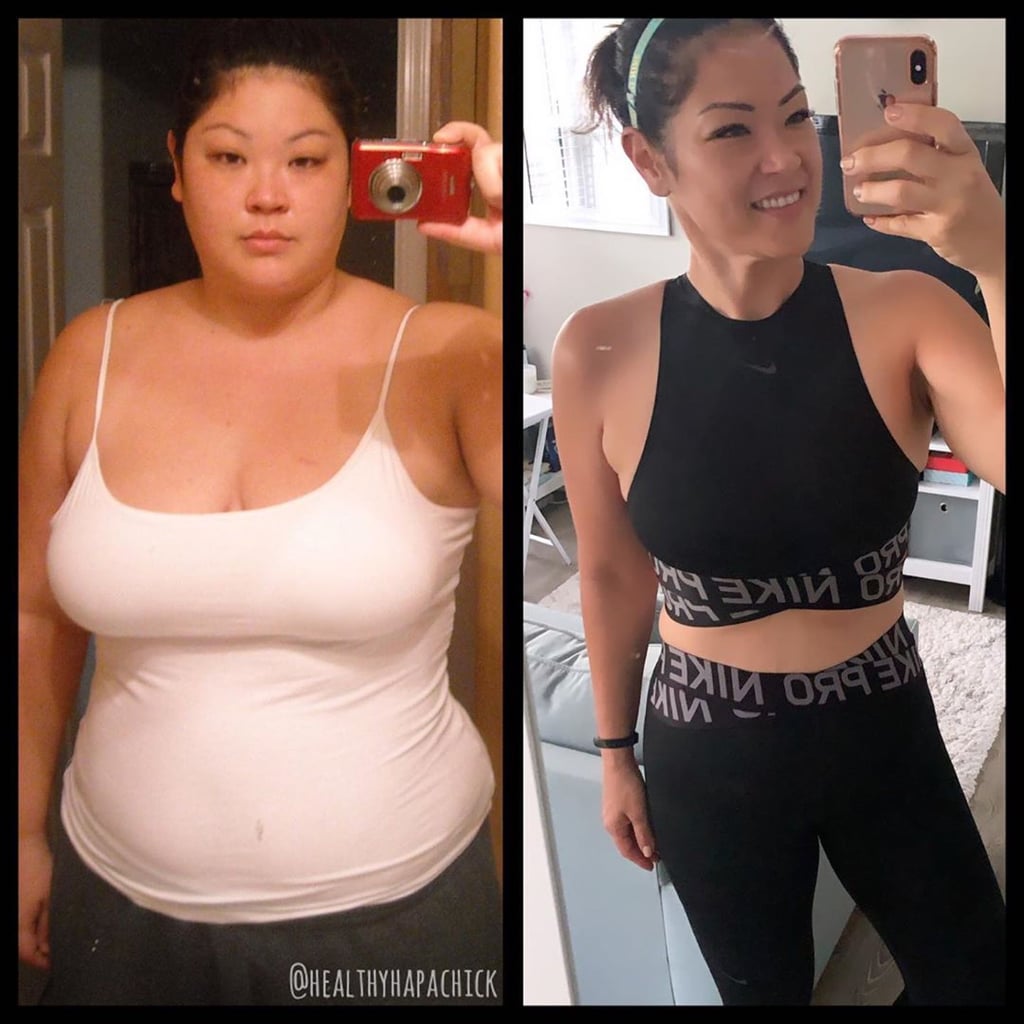 Once high school basketball had ended for Kristina Schneider and she went to college, she began struggling with her weight. Throughout that time, she gained 100 pounds. After graduating college and throughout her 20s, Kristina began trying to lose the weight she had gained.

"It became apparent to me that the typical attempts at dieting resulted in a lot of yo-yo dieting and that was doing more damage on my body," Kristina told POPSUGAR. After attending a high school reunion, Kristina made the decision to lose the weight for good and began WW (formerly known as Weight Watchers). To date, she's been able to lose 105 pounds and keep it off. Here's exactly how she achieved her weight-loss transformation.

Related:
Jasmine Lost 142 Pounds With a VSG — Here's How She Maintains Her Weight Loss
Previous Next Start Slideshow
Weight LossWWBefore And After Weight LossThen And Now