My weight-loss journey has been a long one, with many mistakes along the way, including spooning peanut butter from the jar and eating too much during half-marathon training. Even after years of religiously exercising and eating right and not reaching my weight-loss goals, I thought signing up for CrossFit would be the answer. But after six months of burpees and barbells, my body hadn't transformed the way I thought it would. "Give it nine months," my fellow CrossFitters kept saying, but by the end of my eighth month, I still had the baby fat on my belly I was trying so hard to get rid of (and my baby was almost five years old!). I was beyond frustrated. 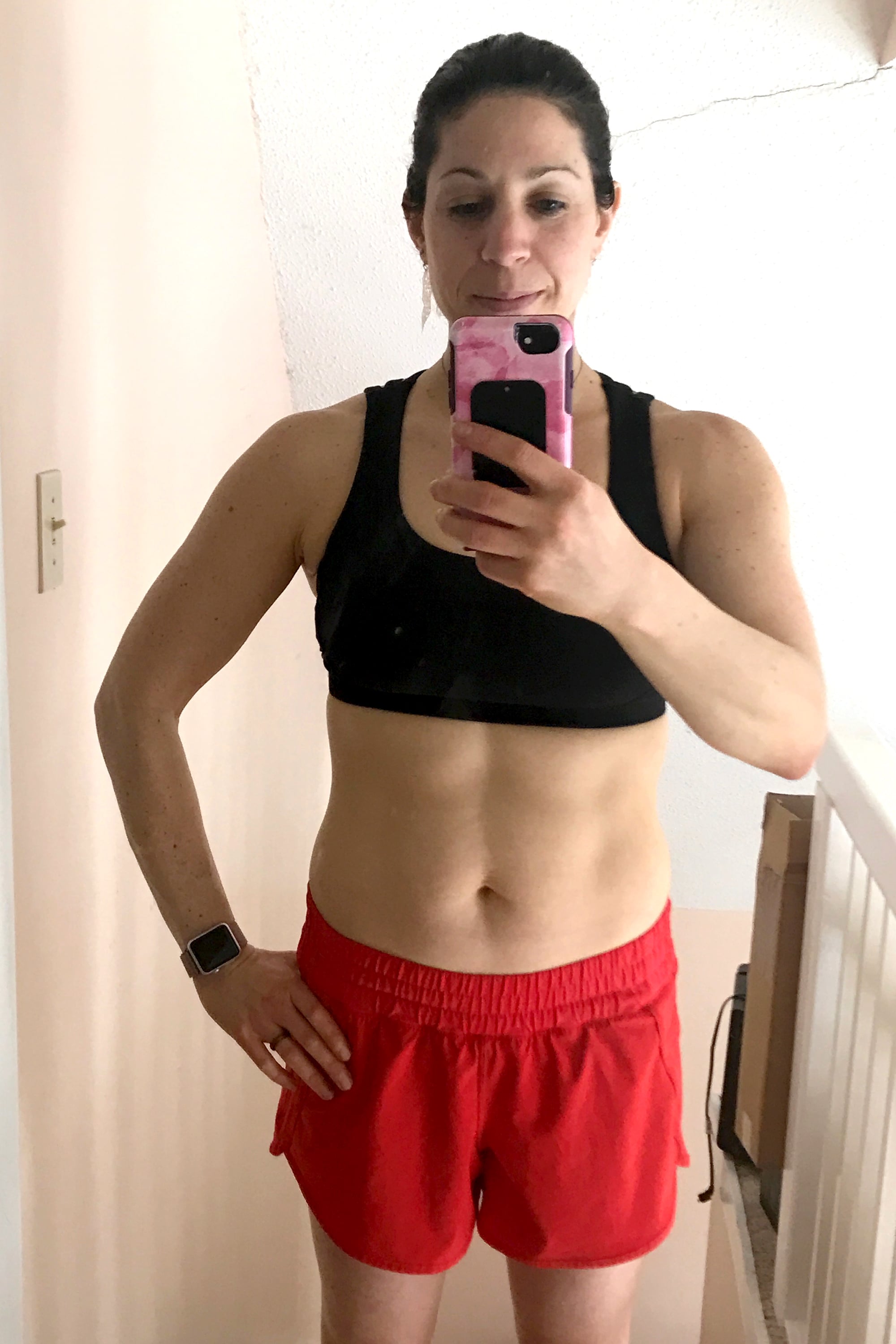 So after a ton of research, I decided to try intermittent fasting (IF), specifically the 16:8 plan, where I'd fast for 16 hours and eat for eight. I'd stop eating around 7 or 8 at night, then wouldn't eat again until 11 a.m. or noon the next day, so essentially I'd skip breakfast. The photo above was taken March 1, 2017, six days after I started intermittent fasting and eight months after starting CrossFit. 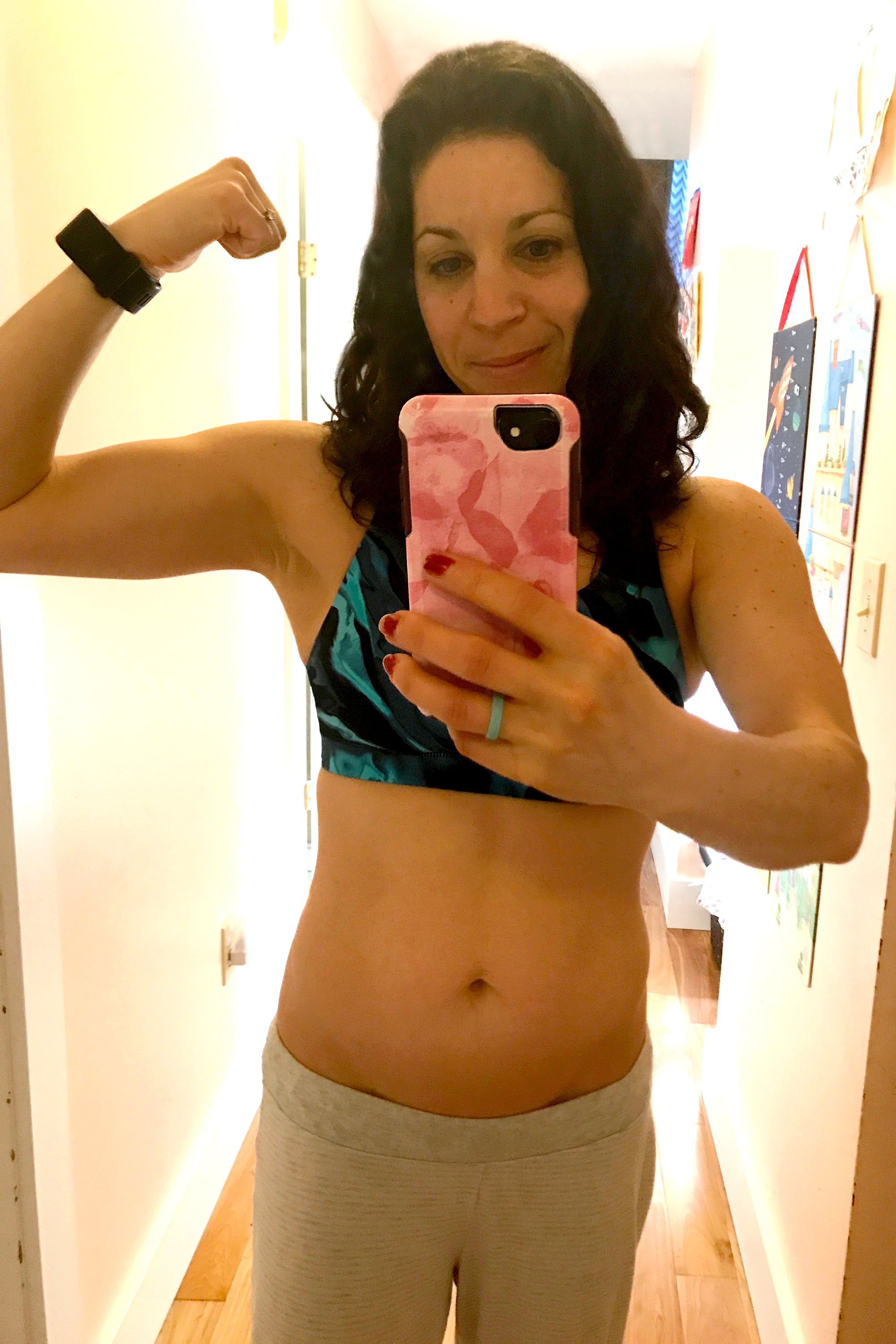 This photo was taken May 20, 2017, just over 12 weeks after starting intermittent fasting. I was actually really surprised, getting dressed to go to my Saturday morning CrossFit class, I caught a glimpse of my belly in the mirror. I took a pic so I could compare it to three months ago and couldn't believe that the change was so visible. And I was also in disbelief because I've been weighing myself every few days since I started and because I was keeping up with CrossFit classes four to five times a week, I actually gained a few pounds, which I can see now is muscle weight!

During my first month of IF, I didn't talk to anyone about it, because skipping meals, especially breakfast, is so taboo. Experts constantly talk about how not eating in the morning will slow down your metabolism, but after reading so extensively about intermittent fasting and the success other people had and the success I had experienced in the first month, I felt compelled to keep going and to talk to more people about it. 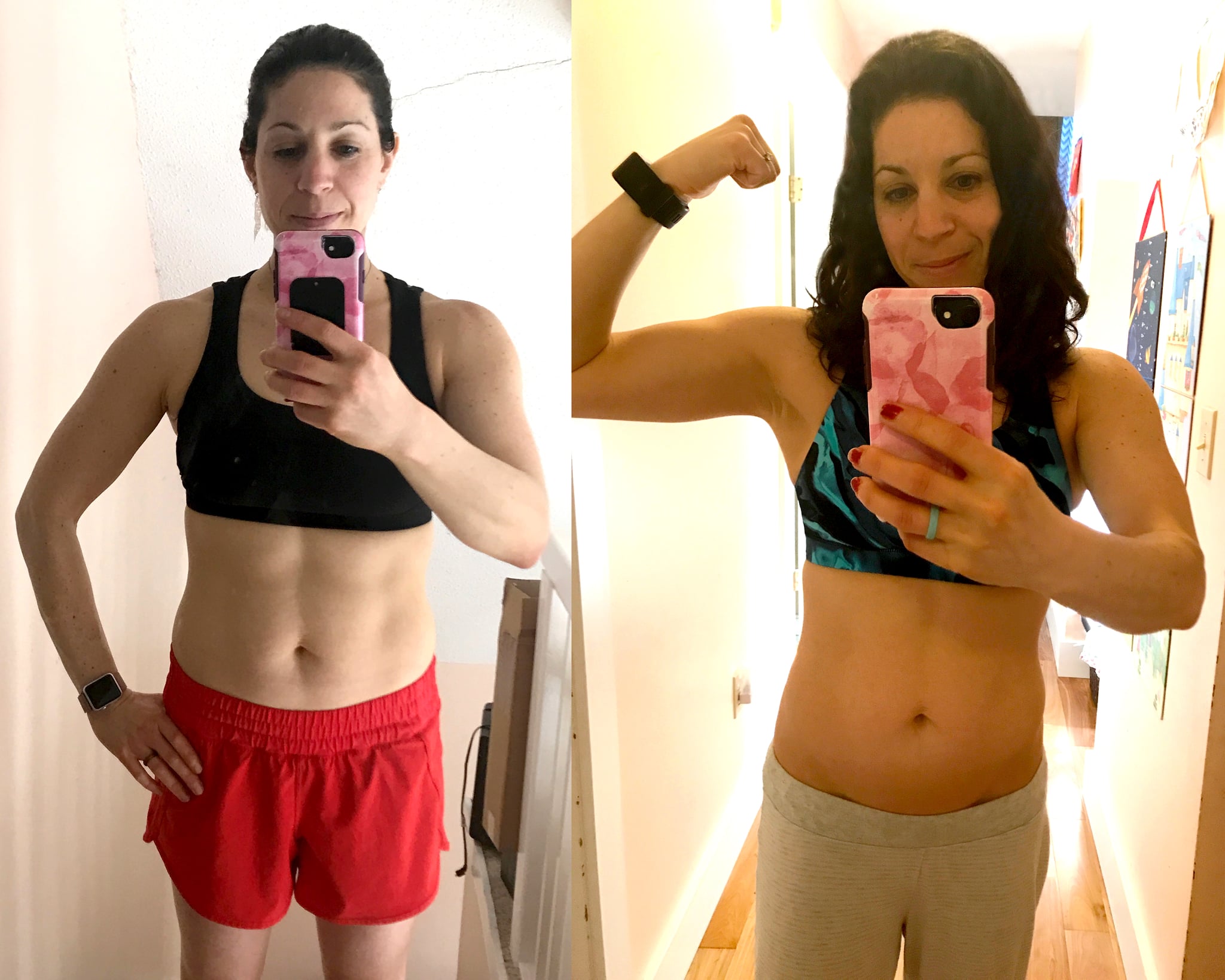 I discovered a few people I knew who also did intermittent fasting, and I even inspired a couple friends to try it themselves. It still feels a little weird that I finally found success in transforming my body in a way that's looked down upon by so many experts. But speaking from personal experience, it's the only thing that's worked for me.

There are two main reasons I found so much success. One, IF allowed me to enjoy larger, more satisfying meals and gave me the freedom to eat what I wanted and not be as calorie-restrictive as I was with my previous daily eating schedule of three meals and two snacks.

But most importantly, reason number two, it helped me get a handle on my obsession over food and weight loss and my sugar cravings. Before IF, I never felt hunger because I was eating every two to three hours, like I was taught to. But eating that often just made me want to eat all frickin' day. I was always reaching for food, even if I wasn't hungry. Intermittent fasting taught me that it's OK to feel hungry before meals, but what's interesting is that I feel less hungry eating less often and surprisingly don't crave sweets as much. I'm more conscious about when I'm actually feeling hunger, and realized that most of the time, I was just thirsty, and drinking water is what I needed. And when I do eat, I'm more in tune with my body, recognizing when I'm full, and stopping before I overeat, instead of just finishing the food because it's piled on my plate.

I also feel freedom from thinking about food. I'm not meticulously counting calories or spending hours planning out meals, food shopping, prepping meals, and cooking. I eat two big, satisfying meals a day and I'm done. It's been liberating and so good for me mentally to not be so tied to food.

Many people ask if I'm going to stick with this "not eating breakfast thing." I'm not gonna lie — some days are so tough and I get home from CrossFit and want to eat breakfast with my family at 7 a.m. But then I look at these before-and-after photos and I see that it's working. It totally inspires me to keep going, since my body isn't quite where I want it to be yet. Aside from changing my body composition, I've become a huge fan of intermittent fasting for the other benefits, such as less bloating and a clearer, more focused mind — I can't wait to see what the next three months bring.