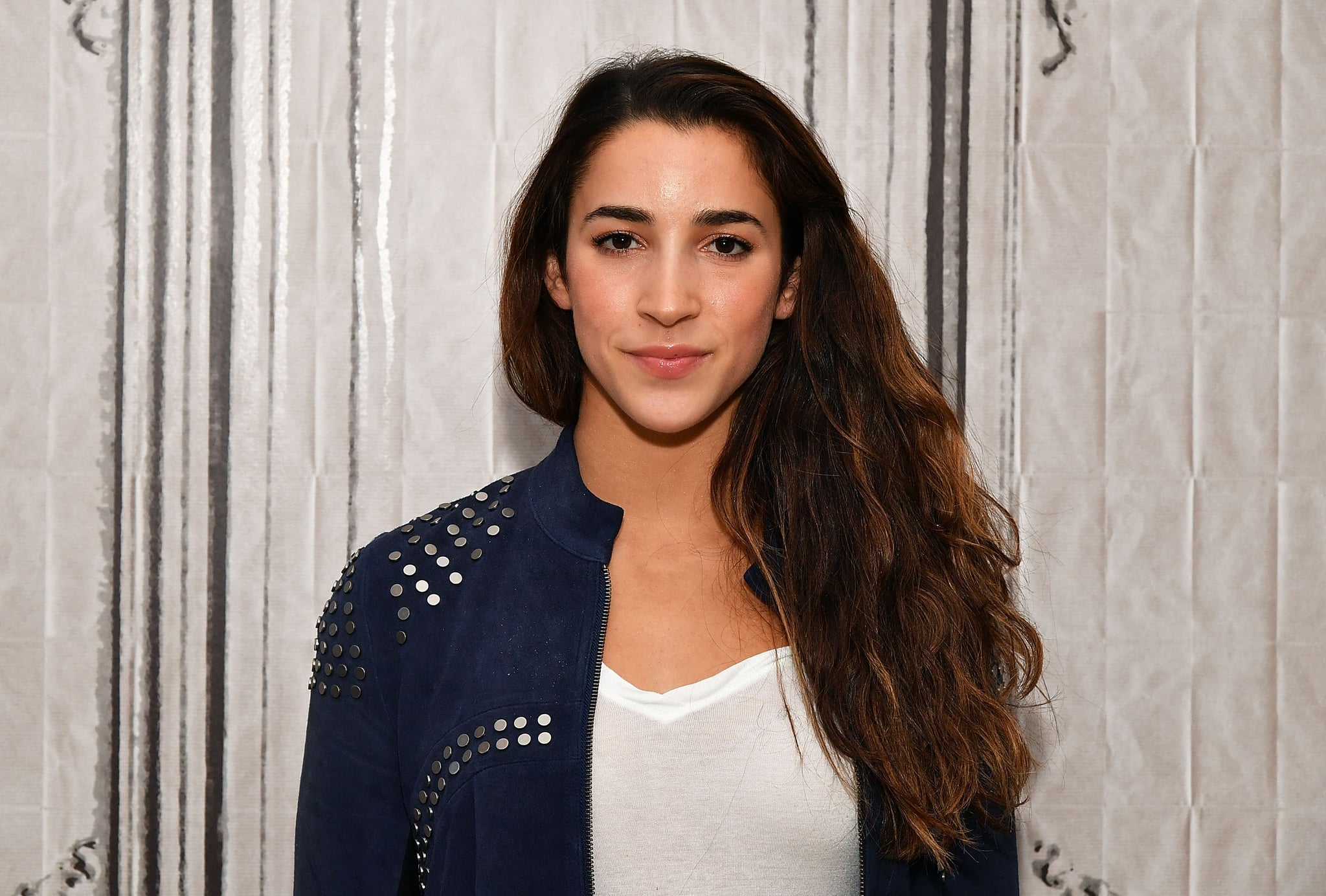 Two-time Olympian Aly Raisman knows what it's like to be in the spotlight on a four-inch beam and in the public eye. Early last year she gave a gripping, well-spoken victim impact statement during a seven-day hearing for former USA Gymnastics and Michigan State doctor Larry Nassar; he has since been convicted of sexual abuse and sentenced to 40 to 175 years in prison, and he previously pleaded guilty to child pornography charges. Aly was one of more than 150 women treated by Nassar as young athletes who spoke during that hearing. Since, she's used her platform on social media to speak out against the authorities that overlooked the reported abuse and to speak up for survivors in need of a voice. But she admitted to POPSUGAR that she still experiences some anxiety that stems from stepping forward with her story, and when she has to choose between staying active and keeping tabs on her mental health, sometimes the latter needs to come first.

Ahead of her activewear launch with Aerie in support of Darkness to Light, a nonprofit dedicated to preventing and educating people on child sexual abuse, Aly said, "I think that going through such a hard time and speaking out publicly about something that was so tough to talk about and dealing with that part of it being so public — but also processing it privately — is really, really hard. And I learned through a lot of therapy that it's OK to have days where I just can't work out, or it's OK to get to the hotel gym and just be able to do five minutes on the treadmill or the elliptical."

Related:
Simone Biles Tells Priyanka Chopra About Her Depression: "I Was Sleeping All the Time"

Though fitness is proven to help reduce anxiety, the bottom line is there are times we need to take a step back and find a balance. Pushing yourself for more reps and more intensity is a good thing, but it shouldn't come before your mental health — and Aly gets that now. Up until a few months ago, she said she was "crazy hard" on herself to work out and, similar to how it was training for the Olympics, she "was just always striving for perfection, which there's no such thing." It was hard for Aly at first, she explained, because she used to exercise for six to seven hours and "would leave the gym exhausted, but I was really pushing myself to be the best that I could be. And now it's just working out to feel good and to be happy and healthy."

So, what else does Aly turn to for clarity? Yoga YouTube videos (classes, she said, are hard for her because she can't quiet her mind for a long period of time). She stressed how transformative just 10 or 15 minutes of yoga has been for her: "It has been really beneficial and helps me stay present because I think a lot of us can relate to that, having a hard time being present and being in the moment. And it has helped me so much where I really feel a big decrease in anxiety, even with those 10 minutes." It's so helpful that Aly said she tries to do a video every day. "If you're intimidated to try yoga, find one on YouTube that's five minutes long or 10 minutes long," she advised. "It's the same with meditation. And just slowly work your way up until you feel comfortable. That way you're by yourself, nobody's looking at you, nobody's watching you."

Related:
This Expert Explains Why Yoga Should Be Part of Your Self-Care Routine in 2018

If you're really feeling like you need to cut back your time on the treadmill, modify your workouts, and take extra rest days for the sake of your mental health, we (and Aly) encourage it. These yoga YouTube videos should be a good place start. Remember: you're still a badass. Taking care of yourself requires just as much strength as lifting those dumbbells.