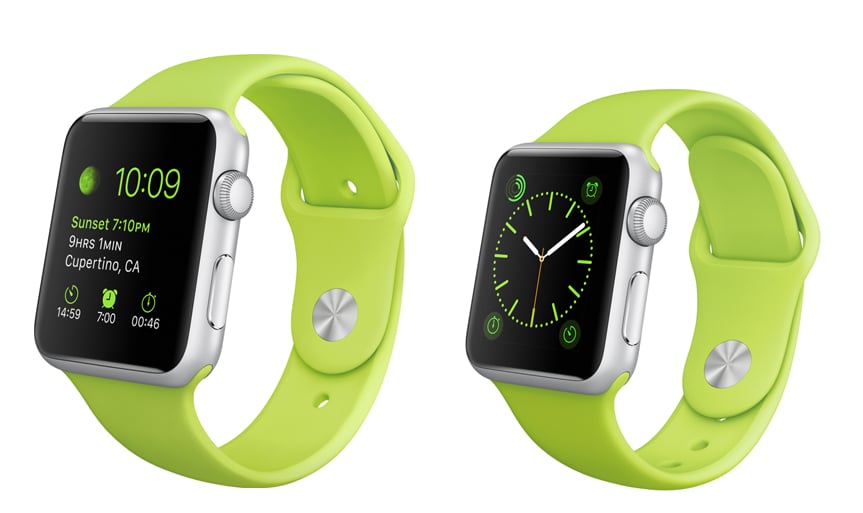 At this point, it seems like you're in one of two camps — sporting a fitness tracker on your wrist, or in the market for one. Over the years, I've tested many different trackers to find the right one for my wrist, so when Apple asked me if I wanted to test the Apple Watch Sport ($349 and up), I was more than curious to see how this smartwatch could hold its own among the crowded fitness tracker field as well. A few months later, I can safely say this: while the Apple Watch may look good and have many features that make life more convenient, it's definitely not on par with much less expensive fitness trackers or similarly priced GPS watches. Here's why.

You Still Need Your Phone

This is perhaps the biggest gripe I have with the Apple Watch as a fitness device. Unlike GPS watches, much of the Apple Watch's functionality is based on its Bluetooth connection with your phone. That means if you don't normally bring your phone with you, the Apple Watch acts more like a regular fitness tracker than a features-filled GPS watch. Using Apple Watch's included workout app, you can see your pace, time, distance, and calories burned while you run, but you won't be able to map out your course or view your mile split times like you can with higher-end (and similarly priced) sports watches. Also, while the easy-to-read watch face still shows you relevant information along your run (in a much more convenient way than if you solely use a fitness tracker to record your workouts), the accuracy can be compromised if you don't have your iPhone with you. To calibrate, you first need to bring your phone along for a few workouts so the watch can use GPS data to help calculate your stride for better pace information.

The good news: If you do run with your phone (like I do), the Apple Watch's intuitive user experience makes anything easier, from changing the music on your phone to hearing your pace, mileage, and time every mile split through your earphones. And it's nice to know that you can still listen to music on your run with the Apple Watch without your phone by syncing a playlist of up to 2 GB and pairing with Bluetooth headphones before you head out.

It's Hard to Find Your Data

For me, one of the best motivators for tracking and completing a workout is the satisfaction of seeing my stats improve week over week. Apps like Fitbit or Jawbone Up keep a record of your runs in a user-friendly app, so when you're trying to remember your best pace from your weekend jog around the park or if you're wondering what my peak heart rate was, you can quickly go in and find a summary of each workout on my phone. Many GPS watches keep similar data in their history, so you can pull up relevant information from your latest runs right on your wrist. The Apple Watch's stats, however, are less robust; they sync with the Health app on your phone, and offer up a dry, text-based list of minutes, type of workout, calories burned, and distance (if it's a run). If you want pace information, you can use a third-party app — like the Nike+ Running app, which syncs seamlessly with the Apple Watch — but the included workout app makes it difficult (or impossible) to review your progress; while the watch does give you a summary of your workout once you end a session, the data disappears from the watch once you dismiss or save it. Instead of accessing it on your watch, you'll find your workout data in the Health app on your phone. However, I found the way the Health app organized my workout data to be useless and underwhelming — the workouts are grouped in a cut-and-dry list of numbers, without any interpretation or ability to look at overall progress to motivate you to do better the next time around (see below).

While most fitness trackers last a few days (or, if they have a watch battery like the Garmin Vivofit, over a year), the Apple Watch's battery lasts around a day or a day and a half, depending on how much you use it to record your activity. That means nightly charging your watch to ensure it has enough juice to get you through the next day. If you're wondering how the Apple Watch tracks your sleep if it has to be charged every night, it's because, unlike most fitness trackers, the Apple Watch doesn't have sleep-tracking functionality. If knowing how well you're resting at night is important to you, then you should look elsewhere for your tracker.

This isn't to say that there's nothing about the Apple Watch Sport that I liked. In fact, since I almost always run with my phone, I found the Apple Watch to be accurate when recording my distance and route. When I wanted to skip ahead to another song while streaming Spotify, I didn't have to fish my phone out of my armband to figure out which track I wanted — I could just raise my wrist and control options and volume from there. And while I don't have a gym, I've heard from several people that their Apple Watch's calorie counts and distance stats were similar to the calorie read on whatever cardio equipment they were on. When I used my Apple Watch in circuit classes, its calorie counts were similar to the amounts recorded by my Fitbit. Plus, you get the thoughtful, intuitive user experience that's characteristic of any Apple product, meaning it's easier to understand and use than many GPS watches. As a tracker, it pretty much delivers: you can take a peek at your Activity app either on your phone or watch to see how you're faring for the day, movement-wise (although basic information like how many steps you've taken are a little buried). If you're a casual exerciser who values look and tech over stats, you might appreciate the Apple Watch more than a watch that's made for a more-serious athlete. The Apple Watch will be getting better, too, with the release of its own iOS 2 software update sometime in the Fall.

The Apple Watch may have some impressive technological features — I appreciate not having to take out my phone when I'm juggling groceries or in line at the airport, for example — but if you're in the market for a fitness tracker or running watch, the bottom line is this: you can get a regular fitness tracker for less money with the same amount of features or more, or you can splurge on a GPS watch that tracks and records workout data all on its own (and leave your phone behind). My pick? The Fitbit Surge ($250), a fitness tracker, smartwatch, and GPS watch in one that has many of the same features as the Apple Watch (like text notifications and heart-rate monitoring) but clocks in at $100 cheaper than the basic Apple Watch Sport. 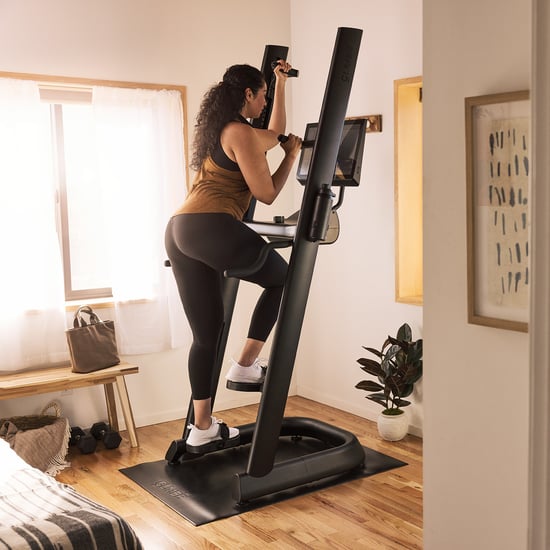