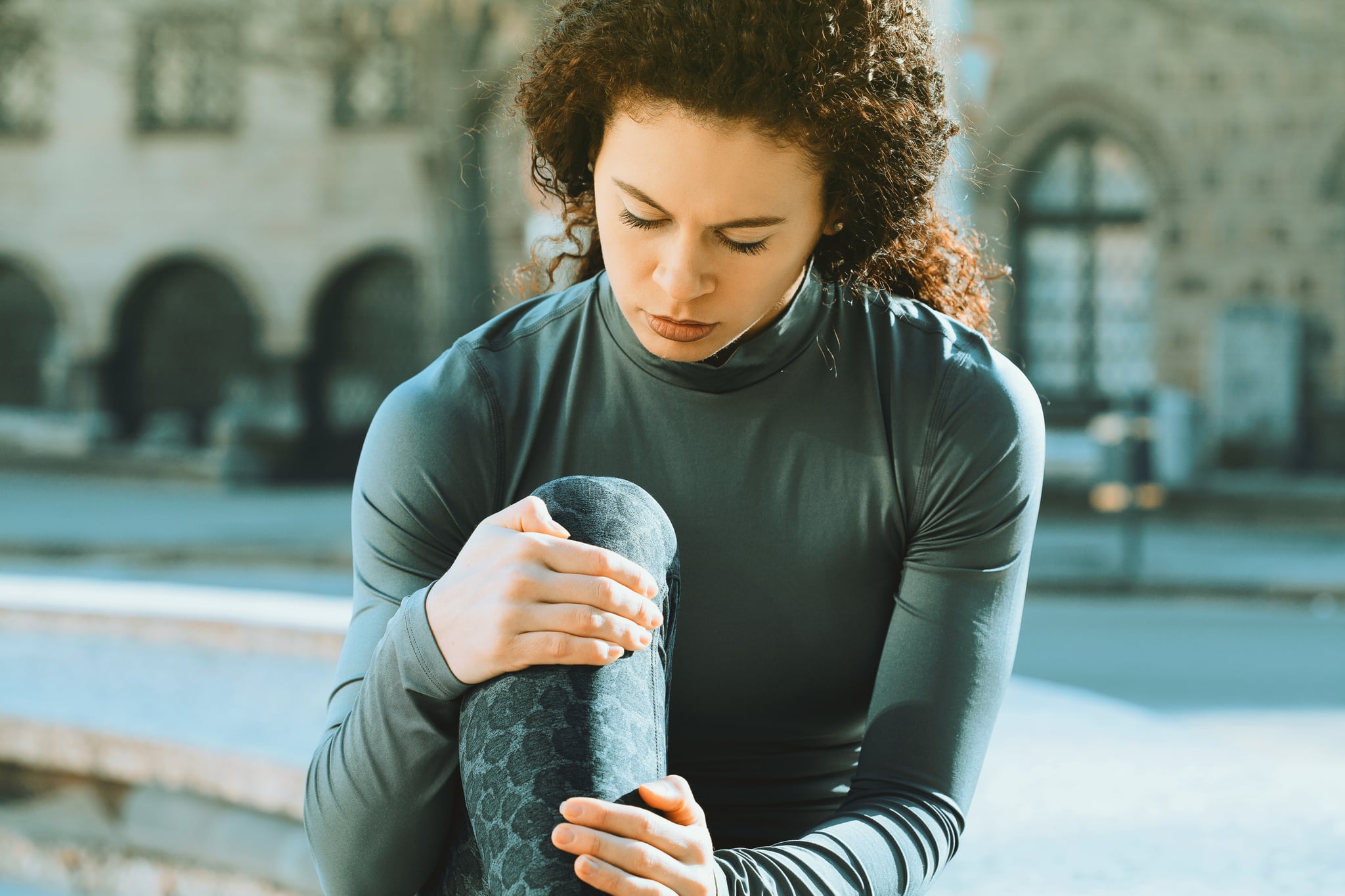 Let's put it this way: sore muscles aren't a ray of sunshine. The kind of sore you feel the day after your superhard Spin class or intense weightlifting session with your trainer is called DOMS, or delayed onset muscle soreness. It's believed to be primarily due to microtears within the muscles leading to gradual inflammation over the first 24 to 48 hours post-workout (though two experts we spoke to in a previous interview told us there's no actual scientific proof). Eccentric contractions, movements that tax your muscles in a lengthened position, can typically cause this stress. So when you're feeling sore, what's there to do? We asked for some professional advice to help you through it.

First Things First: Should I Ice or Heat Sore Muscles?

Short answer: there's conflicting research that ranks one over the other, and there's also research that supports both as useful treatment methods. Stan Dutton, NASM-certified personal trainer and head coach at the fitness app Ladder, told POPSUGAR to avoid ice because "icing has been found to impede recovery in some cases. While our first thought might be that we are experiencing soreness due to inflammation and ice will help reduce that inflammation, that isn't necessarily the full truth." Instead, he said, opt for heat because it's been shown to help with the pain associated with soreness. Plus, he added, "Who doesn't want another excuse to sit on the couch with a heating blanket while watching Netflix after a tough workout?" He has a point.

Tedd Keating, Ph.D., associate professor of kinesiology at Manhattan College, had a different stance: ice, then heat. The general recommendation is ice first because, he said, "Its track record of being an analgesic [aka pain reliever] is definitely better than that for speeding the healing process from DOMS." (Note: Michael Fredericson, MD, professor and director of physical medicine and sports medicine at Stanford University, told POPSUGAR in a previous interview that icing within the first 24 hours after exercise may help with the pain.) Dr. Keating said that heat, then, can be used after the first 72 hours (some research states that heat makes initial inflammation from any injury worse). He emphasized, though, that there are studies that support both ice and heat to "hasten recovery slightly," but there's no "surefire cure once soreness has set in."

Related:
Loosen Up Your Tight, Painful Calves With These 6 Simple, Expert-Approved Stretches

What Are Other Ways to Help With Sore Muscles?

While there is no proven cure, light exercise might help, but you don't want to overdo it. Dr. Keating said you should expect mild soreness during the first workout you do on sore muscles. But your body will adjust to an exercise that made you sore the more you do it, something called "repeated bout effect," which he explained is probably your best bet for helping with soreness (he also discusses this here, and Dutton mentioned this as well). Dr. Keating does recommend if your legs are sore, for instance, that you work a different muscle group like your arms the next day. That's because rest is also important: "Strategic rest is one way to avoid overtraining, as is incorporating variety into your program so that no one muscle group gets overstressed."

Some other not-so-known healing methods? Dutton said curcumin, the active ingredient in turmeric, "has been shown to have some moderate impact on improving soreness." Dr. Keating added that limited research points to tart cherry juice and wearing compression garments as potentially helpful for easing workout-induced muscle soreness to some degree.

Dr. Keating has an overall message for you, though: "This is a perfect case where an ounce of prevention is truly a pound of cure. Ease into workout routines gradually. Remember, big changes are one of the causes [of DOMS]. Be especially cautious when adding or turning up exercises with a strong eccentric component." Prime examples, Dr. Keating said, are lunges, squats, and variations of deadlifts. For more recovery tips, check out some of our past articles on DOMS, and keep up the (safe) good work!