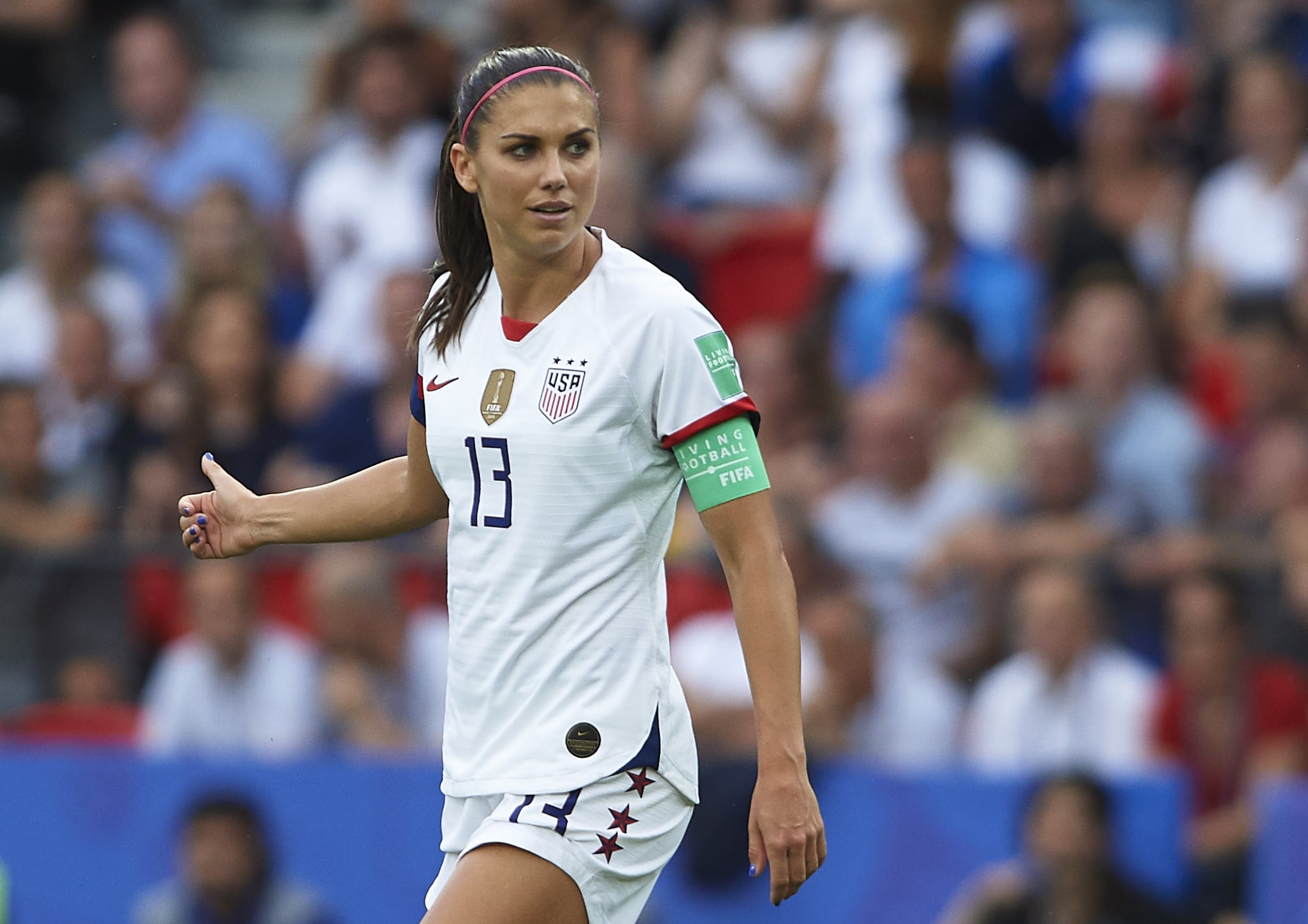 We're two games away from the FIFA Women's World Cup Final, and every eye, ear, iPhone camera, and Twitter account are turned toward the US Women's National Team. They're playing England on Tuesday in hopes of securing a spot in the championship game. They're breaking records on the field and going viral while doing it. And a lot of it — surprise! — isn't so popular. "Are These American Stars Too Arrogant?" was the splashy, star-spangled headline of a feature in the Daily Mail on Monday morning, under large photos of Alex Morgan and Megan Rapinoe. The subtitle: "They are so unpopular that even the French are backing England."

The Daily Mail isn't exactly known for its subtlety or its neutral positions. But it's also not the only one saying this. In the Twitter thread that brought the article to the Internet's attention were replies about how "unlikable" the women's team was. Then there was President Trump's three-tweet response to Megan Rapinoe's "I'm not going to the f*cking White House" video, where he slid in a subtle dig at her appearing to count her chickens a little early: "Megan should WIN first before she TALKS! Finish the job!" And, well, two days later she scored the winning goals in a game against France that some predicted her team would lose.

And, of course, you may remember that little celebration controversy after the US's record-setting 13-0 win over Thailand. The huge score itself wasn't the issue. In the World Cup group stage, goal differential is the tiebreaker that could determine whether a team moves on to the next round, clear motivation to rack up as many goals as possible. Still, said many casual viewers and professional commentators alike, the US should have toned down their celebrations. It wasn't very sportsmanlike. It wasn't very nice. It made them pretty unlikable. After defeating Chile 3-0 in the following game, with a team of mostly substitutes, US defender Ali Krieger underscored the US's depth by saying, "We have the best team and the second-best team in the world."

Related:
I Love the USWNT, but We Shouldn't See 13-Goal Wins at the Women's World Cup — Here's Why

Cheeky? Yes. Confident? Yes, and why shouldn't they be? They're the defending champions. Thus far, no team in the World Cup has been able to convincingly stand up to them for the full 90 minutes. But arrogance? That one struck home.

It's stupid-hard to be confident, just in the world, just in general; as an adolescent, even more so; as an adolescent girl, good luck. Sports are one of the few things that can help. Trust me, when you're growing up, it feels like showing you care about anything, let alone being confident about it, is like giving your peers a stick of your own personal kryptonite. Like, here's the thing that'll hurt me the most! Catch! Personally, before entering high school, I'd already learned to be ashamed of my looks, my taste in music, my obsessions with reading and running. In seventh grade, I was so embarrassed by a passing comment made about the band on the front of my binder ("Who is that? They look weird,") that I set it on my desk face-down for the rest of the year.

And it's not only that. You also have to be vigilant of not appearing overconfident about anything you happen to do right. I got good grades, and when I earned the highest score on a test or an essay, my classmates were bored, dismissive: "Of course it was you." When I didn't, it was: "You didn't get 100 percent?!" or "Someone beat you?!" There was no way to win: you were either the annoying, cocky b*tch or the loser who thought you were the best but weren't.

Sports were my pressure valve. They were the outlet through which I could be unabashedly angry and aggressive, feel confident and powerful, and show that I actually wanted something without having to apologize for it or dim my talent. I yelled at teammates, referees, and, in one memorable instance, my field hockey coach. I cried. I got slammed around in rough games and shoved people right back. I got carded. In a rivalry softball game, I ran into a catcher at top speed, hard enough to knock the ball out of her glove and leave a bruise on my arm that lasted a week. (But I scored.) And when we won championships and tournaments, we dog-piled. We screamed. We threw gloves and field hockey sticks. This was one of the few places we could.

That's why the arrogance thing gets me. The USWNT are the biggest superstars in women's soccer, which makes them some of the most recognizable female athletes in the world, which makes them heroes and role models for millions of people and especially for young girls who might be just as afraid as I was of being authentic, emotional, and powerful. Telling those girls that these elite athletes are arrogant for being confident is both laughable and a slap in the face. If the best soccer team in the world isn't allowed to be confident, then who the heck is? They're unlikable for showing joy? They're unpopular for supporting each other, for believing in themselves? When the unofficial anthem of US Soccer is a chant that goes "I believe that we will win"?

We wouldn't watch sports if they weren't emotional. We wouldn't play them if they didn't matter. You can watch hours of touchdown celebrations on YouTube, elaborate to the point of the NFL handing down fines to the players that go too far. Telling women to temper ourselves, to tamp down our confidence and joy lest we become "arrogant," in one of the only arenas we're able to go full throttle, is nothing short of infuriating.

The US team talks big and plays bigger, which is what champions do. They have the crown, the target on their back, and the chip on their shoulder, all at once. They're good, and they know it, but that doesn't make them arrogant. It makes them inspiring. It makes them engrossing. Unlikable? Unpopular? Arrogant? Tell it to every girl who's ever walked onto a field, stepped onto a court, jumped into a pool, jogged onto a track, walked into an arena, and felt herself stand a little taller. We get it. We'll help you. Allow us to explain.