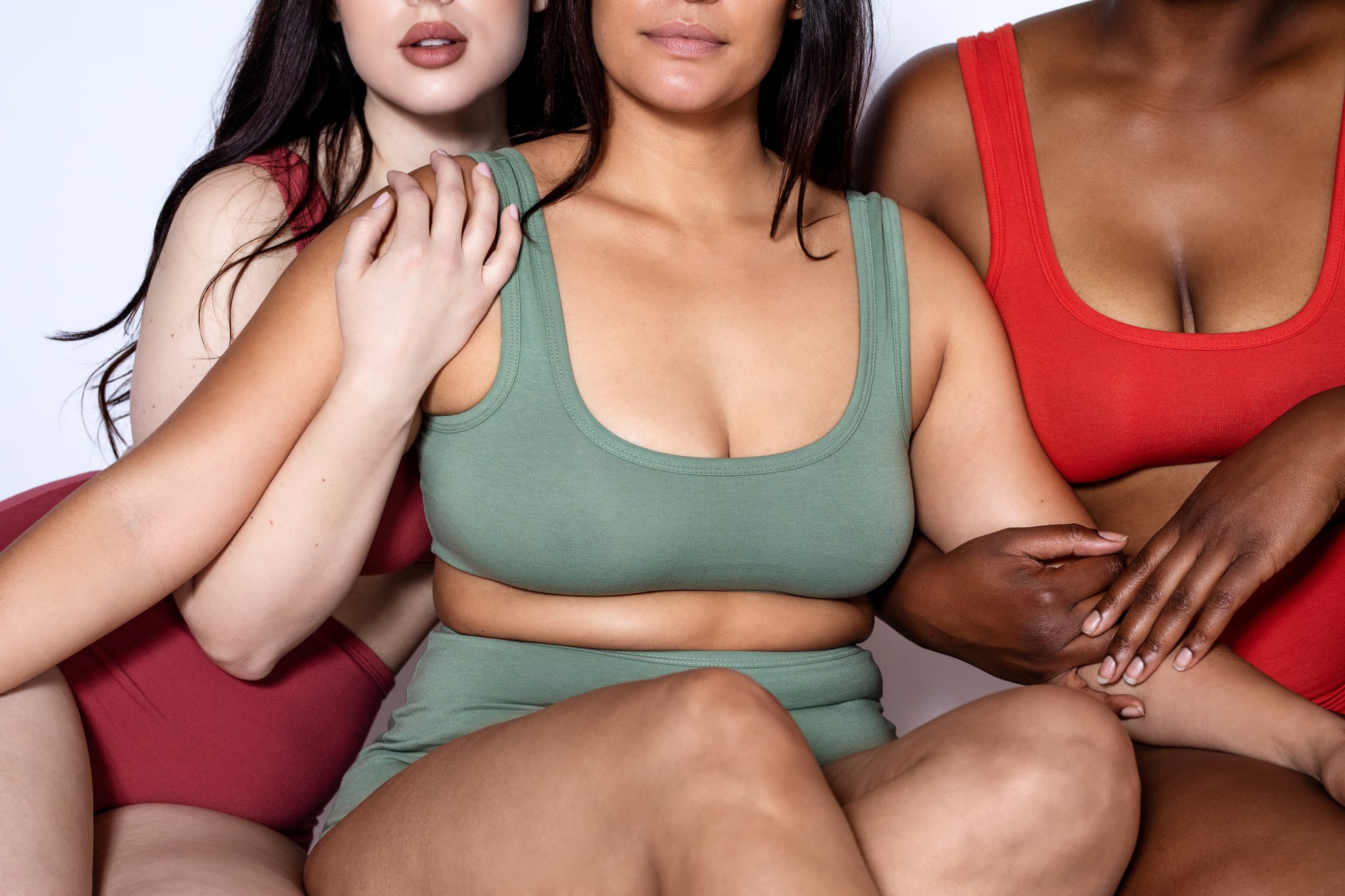 If you have a vagina, you probably haven't been giving it enough TLC, and that's got to change. Talking about vaginal health has been taboo for entirely too long, and it's important you know more about your vagina, how to best care for it, and how to maintain and achieve good vaginal health. You may have never put much thought into the type of underwear you're buying, except for the style and design, but the fabric of the underwear you wear plays a major role in your vaginal health.

"In terms of vaginal health, the preferred fabrics for underwear would be ones that are breathable and natural. Most times, we recommend going with cotton because it is one of the easiest, natural fabrics to find," Heather Irobunda, MD, board-certified ob-gyn, told POPSUGAR. Another reason to opt for full-cotton underwear is because "it's a natural fabric; it's moisture-wicking, whereas some of the other fabrics keep the already-moist area more moist and are a nice home and breeding ground for bacteria and yeast infections," Kameelah Phillips, MD, board-certified ob-gyn and the founder of Calla Women's Health, told POPSUGAR.

Related:
If Your Vagina Smells Off, You Probably Have This Common Infection — Here's How to Fix It

When shopping for underwear, Dr. Irobunda said it's important to first know the sensitivity level of your skin and body. "Your vagina is one of the most sensitive places in your body. If you are prone to allergic reactions to fabrics, dyes, or chemicals, be very careful when buying underwear," she advised. If you've had an allergic reaction to materials and dyes elsewhere on your body, there's a possibility you will have some sort of reaction on the vaginal and vulvar area, she further explained.

In general, Dr. Irobunda recommends avoiding underwear made from synthetic materials like polyester and spandex and that are heavily dyed, as they may cause an adverse reaction — including rashes, irritation, or vaginal infections — to the delicate vulvar and vaginal tissue. Dr. Phillips suggests avoiding underwear made from nylon and polyester because "those are the ones that tend to hold on to moisture the most." Underwear with just a cotton liner is not enough, according to Dr. Phillips, because the liner doesn't stay against the vulva when you move around and partake in physical activity.

Some people prefer to work out without underwear on, and that's your prerogative, but if you are wearing underwear, you should still consider breathable fabrics to avoid vaginal discomfort and prevent moisture from collecting around your vaginal area, according to Dr. Irobunda. "When physically active, the vaginal area has more moisture, and cotton underwear may not be breathable enough," Dr. Irobunda explained. To minimize the extra moisture, she recommends opting for underwear made from sweat-wicking materials.

Related:
8 Ways to Keep Your Vagina Healthy This Summer

"For me, the jury's a little out with the wicking fabrics," Dr. Phillips said. She believes sweat-wicking underwear gives people a false sense of comfort and is misleading when it comes to how long they're being worn, especially after exercise. Even if your underwear is moisture-wicking, Dr. Phillips said, "The vulva area is still wet, and it's still not a natural fabric, which will remove the moisture and dry." When exercising, Dr. Phillips recommends wearing full-coverage, breathable underwear such as briefs, boy shorts, or hipster styles over thongs because thongs tend to move around and become trapped in the anal area. The constant shifting of the thong transfers bacteria from the rectum to the vagina, which can lead to irritation and infection, she explained.

If you're currently thinking, "Damn, I need to get rid of all my underwear," you don't. "Wearing a frilly pair of underwear that maybe has some polyester — wearing that for a day or for an event isn't necessarily going to hurt or harm you. But if you're wearing them consistently, then that's when I start to see issues with people," Dr. Phillips said. Feel free to wear underwear that makes you feel cute, sexy, and confident, but for long-term health, she recommends wearing underwear made from natural fibers on a regular basis.

Swapping out your underwear is a good starting point for a healthier vagina, but don't forget to consult with your doctor about any questions or concerns (no matter how "weird" they may seem) you have regarding your vaginal health.