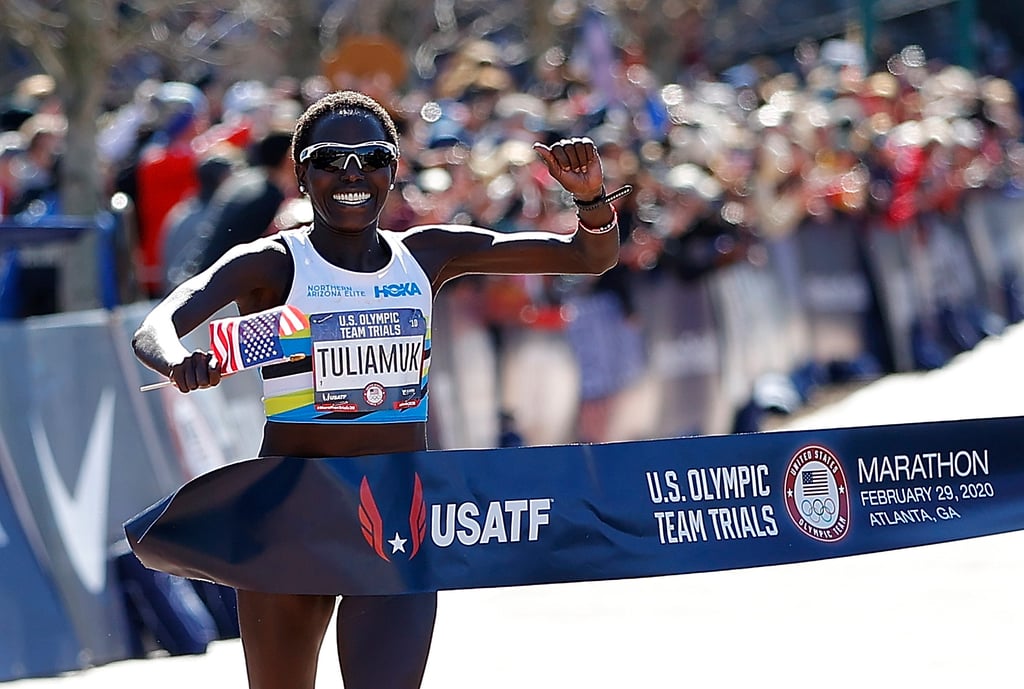 It's hard not to feel inspired when you watch a marathoner cross the finish line, especially when breaking the tape in first place — as Aliphine Tuliamuk did at the US Olympic Marathon Trials in February — means you're heading to the Olympics. Tuliamuk's story and accomplishments were so inspiring to one girl, 9-year-old Addison Rosario, that she penned a letter to American Girl to float a unique idea: why not make an Aliphine Tuliamuk American Girl Doll?

"Aliphine grew up in a small village in Kenya," Rosario explains in the letter. She would run to school in the morning but didn't receive her first pair of running shoes until she was 12, as a gift from Kenyan marathoner Tegla Loroupe (the first African marathoner to win the New York City Marathon, in 1994). "Aliphine went to America for college," continues Rosario, where, after earning a degree in public health, she became a pro runner and, in 2016, a US citizen. Tuliamuk is a nine-time US Track and Field champion, but she burst into the mainstream with her victory at the Olympic Trials, making an inspiring comeback from injuries that left her driving an Uber and crocheting hats that she'd sell online. "Aliphine is kind, sweet, and funny. I hope you think this is a good idea," Rosario wrote to American Girl.

Ben Rosario, Addison's dad and Tuliamuk's coach at the Northern Arizona Elite pro running team, shared the letter on Twitter on July 24, tagging American Girl and adding that Addison wrote the note all on her own. "I find this to be very cool," he wrote. In an interview with Women's Running, Addison Rosario said she got the idea while playing with her two American Girl dolls one day. "I was thinking of Aliphine and I thought it'd be super cool to write to the American Girl company so they can make an American Girl doll for her," she said. "They might make running shoes for her and I just think it would be super cool." Tuliamuk herself tweeted, "You are gonna make me cry, love you girl."

In a response to Ben Rosario's tweet, American Girl explained that they don't create dolls based on real people, so an Aliphine doll unfortunately won't be coming anytime soon, but hopefully she'll be back to inspiring viewers from the race circuit (and the Olympics) soon. Keep reading to see Rosario's full letter and Aliphine's sweet response!