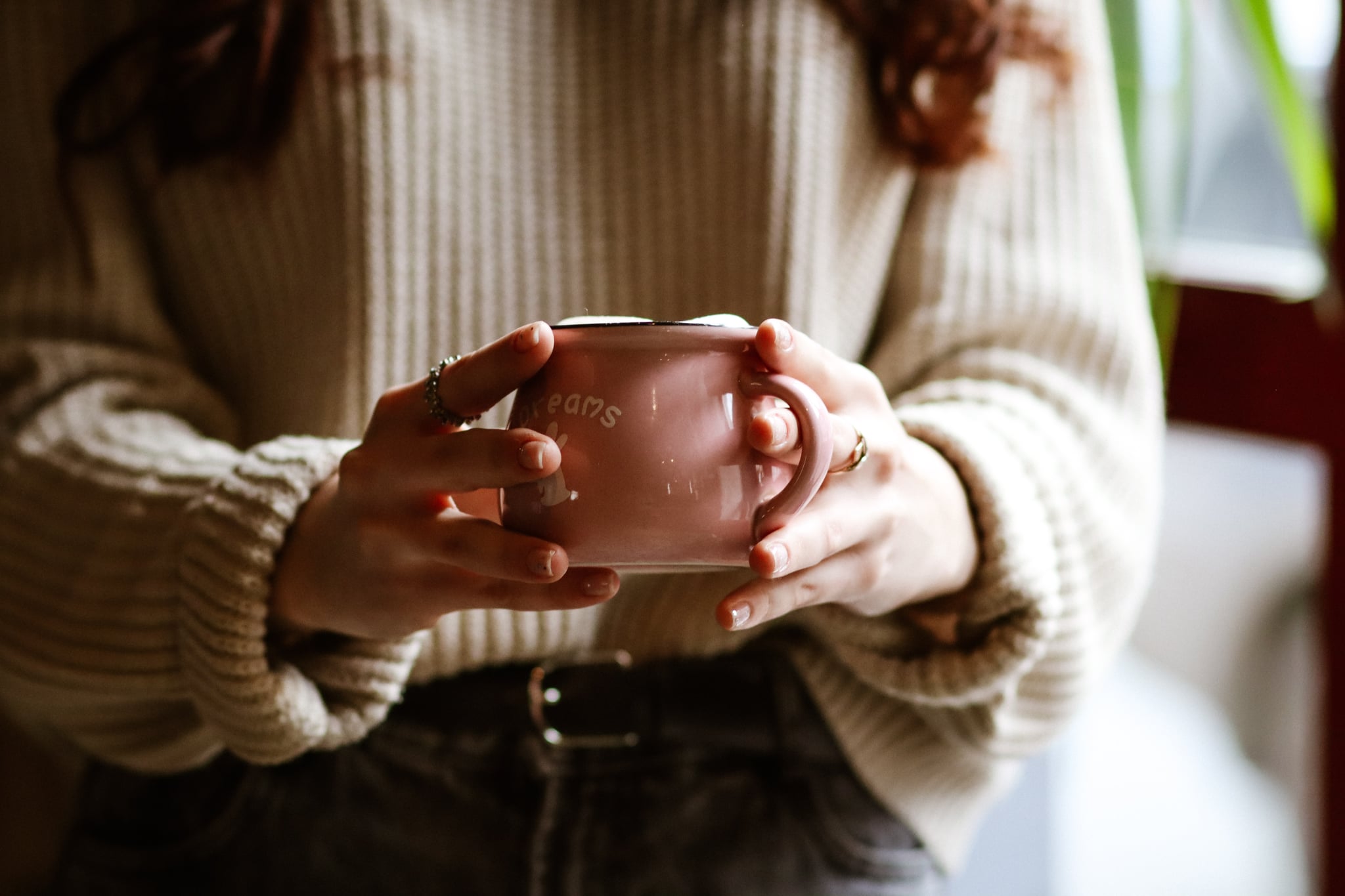 You know the pain you get from holding your pee in for too long? That's how I felt constantly when I used the bathroom beginning in Fall 2018. Long story short, after months of persistent pain as well as inconclusive ultrasounds, tests, and doctor appointments, I finally saw a urologist in April 2019. That was when I found out my symptoms aligned with the clinical diagnosis of interstitial cystitis (IC for short and sometimes called "painful bladder syndrome"), a chronic bladder condition associated with pelvic pain, pelvic pressure, and urinary tract symptoms such as urgency and frequency. The symptoms range in severity and differ per person, and they affect between three million and eight million women.

Barry Jarnagin, MD, FPMRS, medical director of the Center For Pelvic Health in Franklin, TN, and occasional consultant for Desert Harvest, described IC as an abnormality in the lining of the bladder meant to protect the muscle nerves from toxins. "The bladder is designed to be a reservoir to hold waste. That protective layer is defective in women who have IC, which allows that waste product to get into the muscle nerves of the bladder wall," he said.

There's no known cure, and doctors have not found exactly what causes it yet, though Dr. Jarnagin said that there is some precondition of getting IC as well as a trigger that damages the bladder and sets it off. "That trigger can be anything," he noted. "It can be having a vaginal delivery, it can be having a surgical procedure, it can be having a car accident, it can be having a UTI." There's also no test for IC specifically; it's diagnosed by exclusion once you eliminate other potential conditions.

Since my symptoms weren't debilitating like they can be for some women, my doctor explained that the first course of action would be to cut out triggering foods and drinks from my diet. Note: there are people who can control their IC by diet alone while others have persistent and severe symptoms that requirer prescription drugs, therapy, or surgery. It's different for everyone, but generally speaking, triggers include acidic foods and beverages, anything spicy, and caffeine. For me, the game plan focused on ridding my diet of OJ and other citrus (I had a clementine around Thanksgiving time and regretted it the next morning), most carbonated drinks, alcohol, and, tragically, coffee.

Caffeine can cause flare-ups in symptoms because it's a diuretic, Dr. Jarnagin said, meaning it increases urination. This stimulates the bladder, which is already tender, "and it's just like having a sore back or a sore arm or a sore neck: the more you have to work it, the more symptoms you're going to have."

How I've Gotten Through Almost a Year Without Caffeine

As someone who lived off copious amounts of coffee and Starbucks Doubleshot Espressos in college and relied heavily on my morning (and afternoon) fix to get me through workdays, I was devastated to find out I needed to say goodbye to caffeine. I experienced withdrawal and had headaches for the better part of two weeks after I cut it out. However, there are ways that I've learned to live a caffeine-free life. Plus, the even better news is that my bladder pain felt noticeably better once I made this change and cut out other drinks like OJ. (My IC symptoms as of right now are under control!)

I'll start out by acknowledging that I can 100 percent make improvements (one of those being learning to get more sleep). But, here's what I've done so far to help me maintain a decent amount of energy throughout the day.

I make sure to eat breakfast. I used to rely on coffee to help me feel awake in the morning, but I now try to eat a full-enough breakfast to give me energy when I start my workday. I've always been a breakfast person; I'm just more cognizant of it now.

After that, I try to eat smaller meals at work more frequently. To keep my energy levels up, I make sure I'm eating smaller meals that have protein and complex carbs.

I maintain a normal exercise routine. I typically work out four days a week. On top of that, exercise is recommended for IC patients to promote a healthy bladder and pelvic floor (low-impact activity is recommended for those who experience flare-ups from higher-impact exercise).

I stay hydrated. I'll be the first to admit that I need to get better at this, but I've really been trying to drink more water. This especially helps with IC because, as Dr. Jarnagin explained, it dilutes the waste that sits in the bladder and flushes it out.

Decaf, decaf, decaf. Decaf coffee still has a small amount of caffeine in it, and some IC patients report that decaf still affects their bladders. Also, Dr. Jarnagin explained that decaf coffee can have acidity levels that irritate the bladder. But, for me, I haven't noticed any flare-ups with decaf. In fact, I mainly drink it because having a morning cup of coffee was part of my everyday routine for so long, and I like the taste. I also frequently drink herbal tea (I skip black and green teas because they have caffeine). You can see some of the products I bought when I first cut out coffee here.

Especially in the office, I want to take more breaks to get some fresh air, so adapting to the lack of caffeine is still a work in progress. A bonus of cutting out caffeine is that I don't get jittery and I'm less anxious. Note: if you're having trouble keeping your energy up without caffeine, it's best to speak to a medical professional for their advice.

Will I Ever Have Caffeine Again?

Do I miss caffeine? Yes. My doctor didn't say anything about adding it back into my diet. However, when I spoke with Dr. Jarnagin, he said that, generally, once IC symptoms subside, people can slowly incorporate caffeine back into their routine as long as it isn't triggering flare-ups. He also said he's a realist, so he typically doesn't tell his patients that they have to cut out coffee cold turkey to begin with; instead, he suggests limiting their caffeine intake to see if that helps.

In theory, if I incorporate caffeinated coffee and tea back into my life and don't feel any symptoms, I should be fine, but for now, I'd rather be safe and keep doing what I'm doing. As Dr. Jarnagin put it — and I'm paraphrasing — don't screw with what's working. To learn more about IC, check out urologyhealth.org, ic-network.com, or the Interstitial Cystitis Association website.

Related:
Is Caffeine Actually Good For You? Here's How It *Really* Affects Your Body
Image Source: Unsplash / @taisiia_shestopal
Personal EssayCoffeeCaffeine