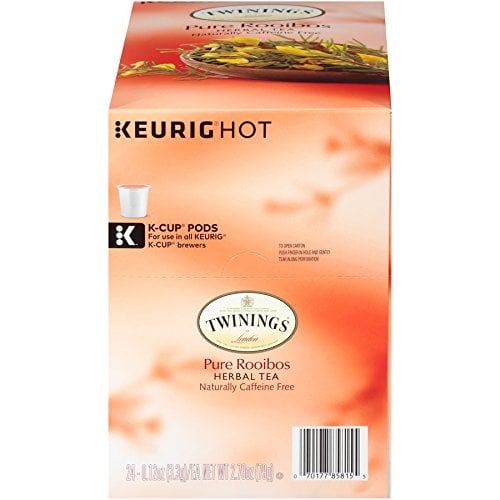 Ever since my cousin introduced me to the concept of mocha in middle school with the help of Nestle's Nesquik and hazelnut K-cups, I've been the kind of person who's always had coffee in hand. Just like my precommute makeup routine and weekly workout sessions, it's an essential part of my day-to-day life. So when I gave up caffeine a month ago, you bet it wasn't by choice.

Back in late April, I was told that I was likely going through interstitial cystitis (IC), which is a scary word that ultimately means painful bladder syndrome. It often has UTI-like symptoms such as frequency and urgency to pee and, as the name suggests, pain with urination. There's no known cure, and doctors haven't found exactly what causes it yet, though there are some theories such as changes in the nerves that carry bladder sensations and a defect in bladder tissue.

Cases range from mild to severe (reading up on IC assured me that I'm on the mild side), and the urologist I went to had good news: you can manage your symptoms to the point where they might subside significantly. I learned that certain diet choices — anything high in acid, potassium, alcohol, and caffeine — can exacerbate the pain. Patients are often told to cut out these foods and drinks to see if their symptoms change.

I was given a sheet of paper listing all of these foods, and we decided on two main changes to try, since cutting out all of them would have been unrealistic for me and, as my urologist pointed out, not helpful in uncovering which ones were best to eliminate:

I won't go into the specifics with you quite yet (I'll save that for another time), but long story short, after almost two weeks of withdrawal symptoms — which, contrary to what I thought going into this were 100 percent capable of making me regret all those college nights revved up on Starbucks Doubleshot Espressos — I survived.

I've been able to make it out with a newfound appreciation for people who've also quit caffeine. It wasn't easy, and I had days where I needed to incorporate half a cup of the real stuff to keep my migraines at bay, but there were a few things I did along the way to make me feel like I was still having my morning and afternoon cups of Joe. Ahead, you'll find the three products that have gotten me through it; they taste great and (almost) make me forget about my days of Nesquik mocha. Find tips on cutting out caffeine here.

Related:
Just How Much Coffee Is Too Much?
Previous Next Start Slideshow
Healthy LivingHealthCoffeeCaffeineTea