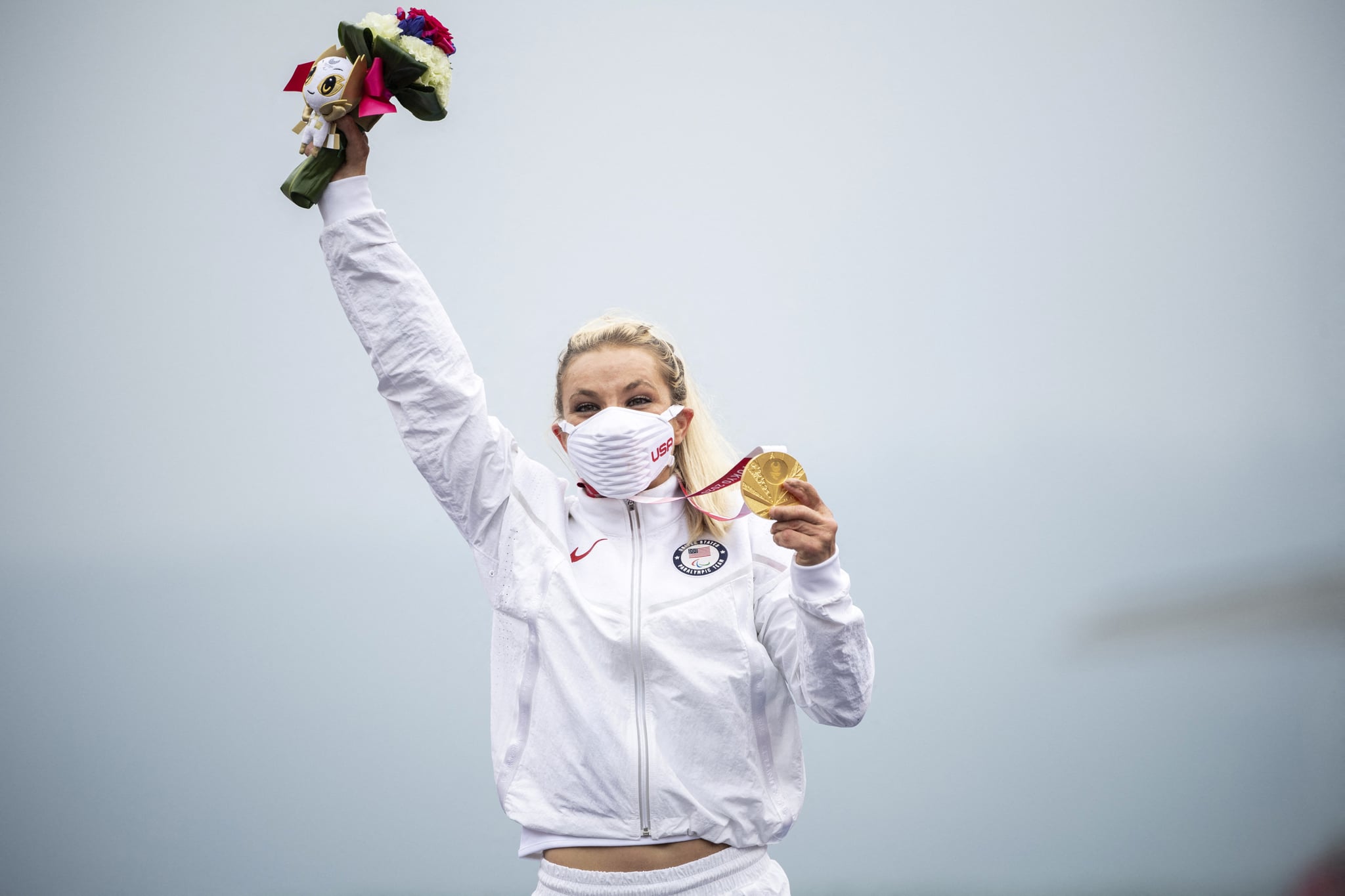 Oksana Masters has officially won medals in four Paralympic sports to date — and if that's not impressive enough, she's only the fourth US woman to claim gold at both the Summer and Winter Paralympics. Masters, a double amputee Team USA athlete who has competed in five total Paralympics, was adopted at age 7 from Ukraine. She told POPSUGAR back in 2019 that if it weren't for her amputations, "I would not have been an athlete," and she's become a pro at balancing both winter and summer sports since.

Masters had leg surgery this past May, which she called a tough decision, and was unexpected after doctors discovered a tumor in her femur. She wrote on Instagram before her Tokyo Paralympics competitions that she would "be racing to celebrate life and the thousands of second chances I've been given through it."

The 32-year-old now has a total of 10 Paralympic medals. Let's break them down.

Starting from her most recent Paralympic appearance, Masters won two para-cycling gold medals at the Tokyo Games: one in the women's H4-5 time trial and one in the women's H5 road race. At the Rio Paralympics in 2016, she finished just off the podium in the road race event and fifth in the time trial. However, her performance at the 2012 London Games with partner Rob Jones won them bronze in trunk and arms mixed double sculls (para-rowing), a first for the US in that discipline. Fun fact: she started rowing when she was 13 but had to retire from the sport in 2013 due to a back injury.