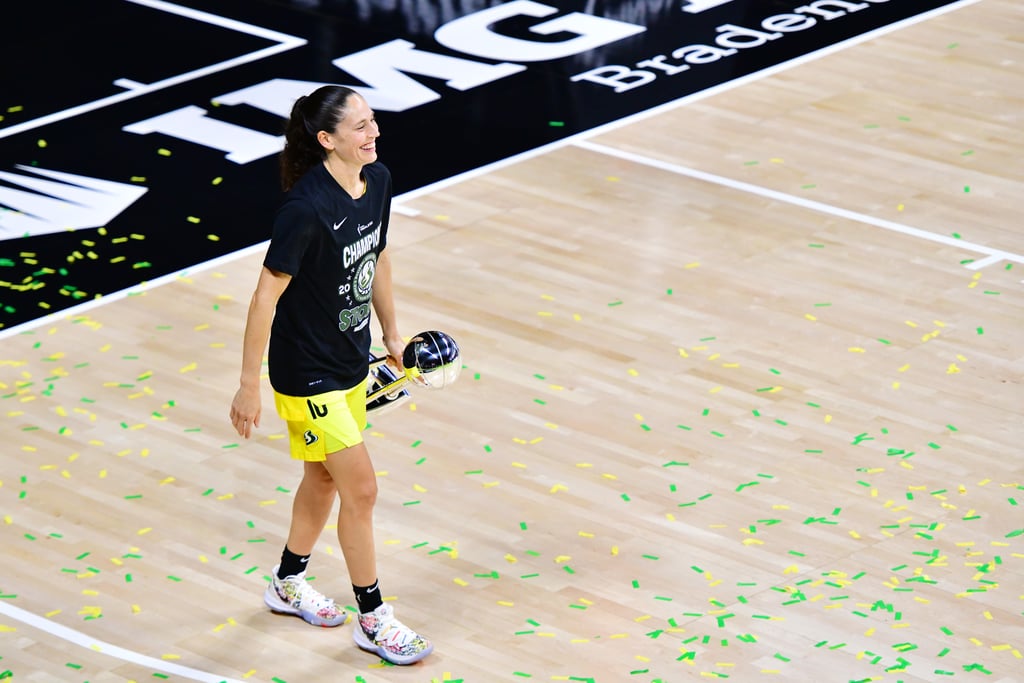 Sue Bird Won the 2020 WNBA Championship With the Seattle Storm, and She Just Made History

Sue Bird won her first pro women's basketball title in 2004 — and with the Seattle Storm's WNBA championship win on Oct. 6, she became the only WNBA player so far to claim titles in three different decades. Bird has now racked up four championship victories (2004, 2010, 2018, 2020) all with Seattle. The point guard, who turns 40 this month, is only the third player in American pro basketball history to win championships in three different decades (the NBA's John Salley was the first, then Tim Duncan).

What's more, Bird became the second-oldest player to win a WNBA title, according to ESPN. "I think the fact that I've been able to do it in different decades, with the same franchise, not many people can say that," Bird said. "To re-create it over time and stay at a high level over time is definitely something I'm proud of, because it hasn't been easy."

Bird has experienced knee issues throughout her career and missed out on the 2019 season due to surgery. Then, ESPN reports, she suffered a bone bruise to the same knee this year and played limited regular-season games. "I think the hardest part about being an older player is when there's that down physically, you start to question whether you can do it anymore," she said, adding that she believes she can still make a big impact in the sport.

Seattle coach, Gary Kloppenburg, describes Bird's basketball skills with raving reviews. "She's just an orchestrator," he said after the team's 2020 championship win, according to The Wall Street Journal. "She's like a maestro out there directing traffic, finding open people." In fact, Bird set a WNBA finals record with 16 assists in the first game of the championship series.

Bird's career has been highlighted by two NCAA championship titles and four Olympic gold medals as well. She is a true basketball icon, and, ahead, check out photos from her most recent and very first championship victories.

Related:
Just a Reminder: The WNBA Has Been Leading the Social-Justice Charge For Years
Previous Next Start Slideshow
WNBAUnstoppableSportsBasketballSue BirdAthletes