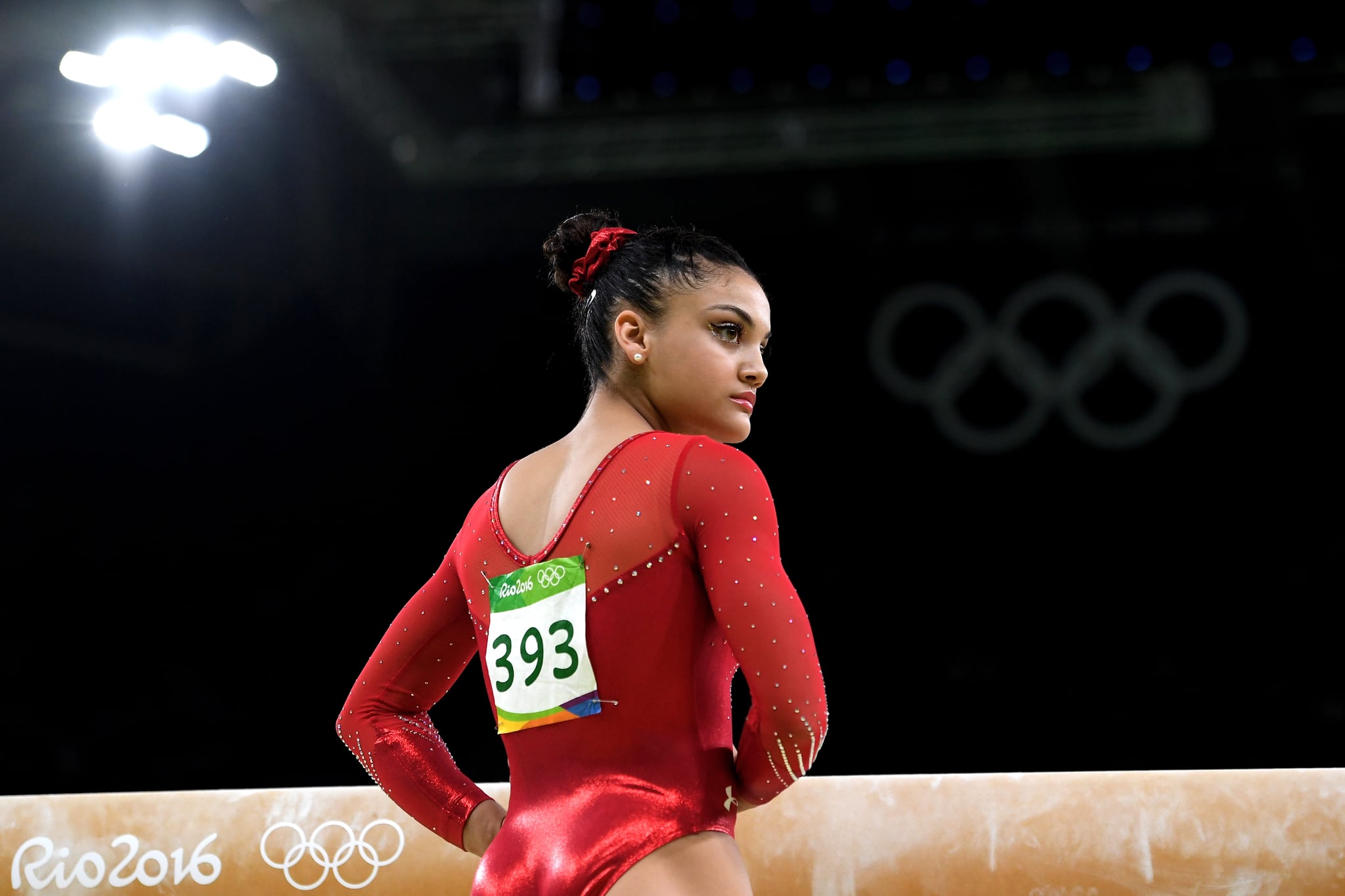 The COVID-19 pandemic shook up Laurie Hernandez's training schedule in a good way. The 20-year-old Rio Games gold and silver medalist is making a gymnastics comeback — she's en route to going for her second Olympic team — and the Tokyo 2020 postponement actually gave her more time to work on upgrading her routines. She admitted that, like many people, the past year-plus has been difficult for her, but she's relied on a few tools to get through it.

Hernandez told POPSUGAR that her support system — her family and close loved ones — has helped. Going to gymnastics practice and moving her body, too, benefitted her, as did taking rest days when she needed them. She dove into creative outlets like music, writing, and reading, and therapy offered its assistance. "You're just taking a stranger who knows nothing about you or your life or what you've been through, doesn't know anybody that you know. And you get to share just everything and leave it in that room when you're done," she explained. "I think that's wonderful."

Hernandez said she started sports psychology around 2017 or 2018 but realized she felt something deeper that went beyond sports. Now, she describes therapy as one of her "favorite things in the world." She's been open in the past about depression and a form of eating disorder rooted in abuse from now-suspended coach Maggie Haney, and she noted that what she defines as "disordered eating habits" have gotten a lot better. "It takes a really long time between working with different nutritionists and therapists," Hernandez recalled. The process involves introspection and getting to the source of her distorted relationship with food and her body.

Hernandez made the decision to go on medication, specifically antidepressants, in 2019 after talking to her sister, who is a therapist. "There's no shame in that, and I was putting it off for a while because even though I don't stigmatize it for other people, I was doing it for myself," she said. She wishes, though, that she'd gone on the antidepressants sooner and that more people would talk about them.

There was this realization where she was able to remove the blame from herself and conclude that her depression and the emotions she experienced weren't "my fault at all." Hernandez said of the medication, "You know, this thing is not putting me above anybody else. It's keeping me equal with everybody who can already kind of produce this in their brains. My brain wasn't doing that." As she wrote on Twitter last year, "That feeling of the dark mental fog slowly disappearing after taking them is one of the best feelings in the world." Ultimately, however, "to this day, of course there's gonna be a lot of moments where things do get hard," she said.

"Especially as athletes, we're forced to focus on body and to push and push, and when we're tired, keep pushing. To search for perfection. And we have little regard for mental health."

Hernandez knows what it's like be on a world stage and have a social media platform with millions watching, so sharing a vulnerable story such as hers, she said, takes courage. "Typically what happens is that you get this whole community of people who may not have been through the same thing that you've been through, but their brains have reacted the same way that yours has. And that's where everybody is connected, and that's what we all need," she said, adding that she wants to remind people they aren't alone.

"Especially as athletes, we're forced to focus on body and to push and push, and when we're tired, keep pushing. To search for perfection," Hernandez said. "And we have little regard for mental health." She referenced a TikTok she saw once that suggested the way you self-sabotage is the opposite of your love language. For instance, she noted that her love language is acts of service, and if things are looking up, she'll make herself dinner, but when she's having a difficult mental health day, she'll typically not do anything for herself. Learning to accept rough times and check in with yourself with care during those hardships takes practice, she said. "It's OK, and it's very human."

If you or someone you know is struggling with disordered eating or an eating disorder, the National Eating Disorder Association (NEDA) has resources available including a 24/7 helpline at 1-800-931-2237. For crisis support, text "NEDA" to 741741.

If you are feeling anxious or depressed and need help finding help or resources, the National Alliance on Mental Illness (1-800-950-6264) has resources available.