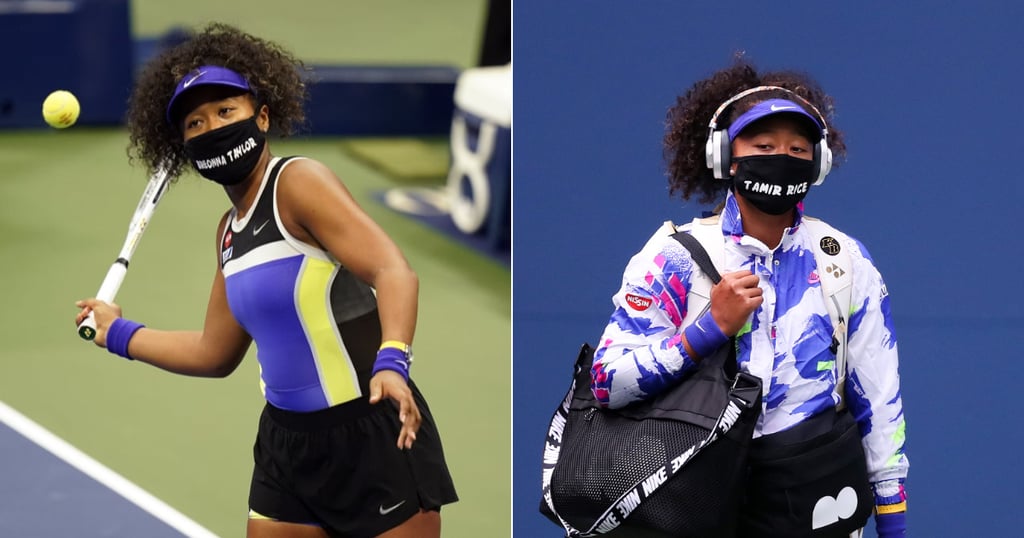 Naomi Osaka won the 2020 US Open women's singles final (sans the crowd) against Belarus's Victoria Azarenka 1-6, 6-3, 6-3 on Sept. 12. This marked her second US Open singles title. Ahead of each round, she wore a face mask with the name of a different Black life lost at the hands of police brutality or other acts of racial violence. She had seven masks total — seven lives to be honored and stories to be told.

"It's quite sad that seven masks isn't enough for the amount of names," Osaka said after her first-round victory, "so hopefully I'll get to the finals and you can see all of them." Well, she did exactly that.

Her stand for racial justice at this year's US Open came after Osaka and other athletes across sports postponed their competitions at the end of August following the police shooting of 29-year-old Jacob Blake in Kenosha, WI. She opted out of a semifinal match in the Western & Southern Open, writing on Twitter, "Before I am a athlete, I am a Black woman. And as a Black woman I feel as though there are much more important matters at hand that need immediate attention, rather than watching me play tennis." The tournament paused for a day before she won her semifinals match, but she withdrew before the final due to a hamstring injury.

Keep reading for a look at all seven of Osaka's US Open masks and their significance.

Related:
Naomi Osaka Wanted to Be Like Kobe Bryant — He Told Her to Be Better
Previous Next Start Slideshow
Naomi OsakaSportsTennisFace MasksBlack Lives MatterRace And CultureUS OpenAthletes

Olympics
Just How Fast Do Olympic Speed Skaters Move on the Ice? Blink and You Might Miss Them
by Emily Weaver 3 days ago