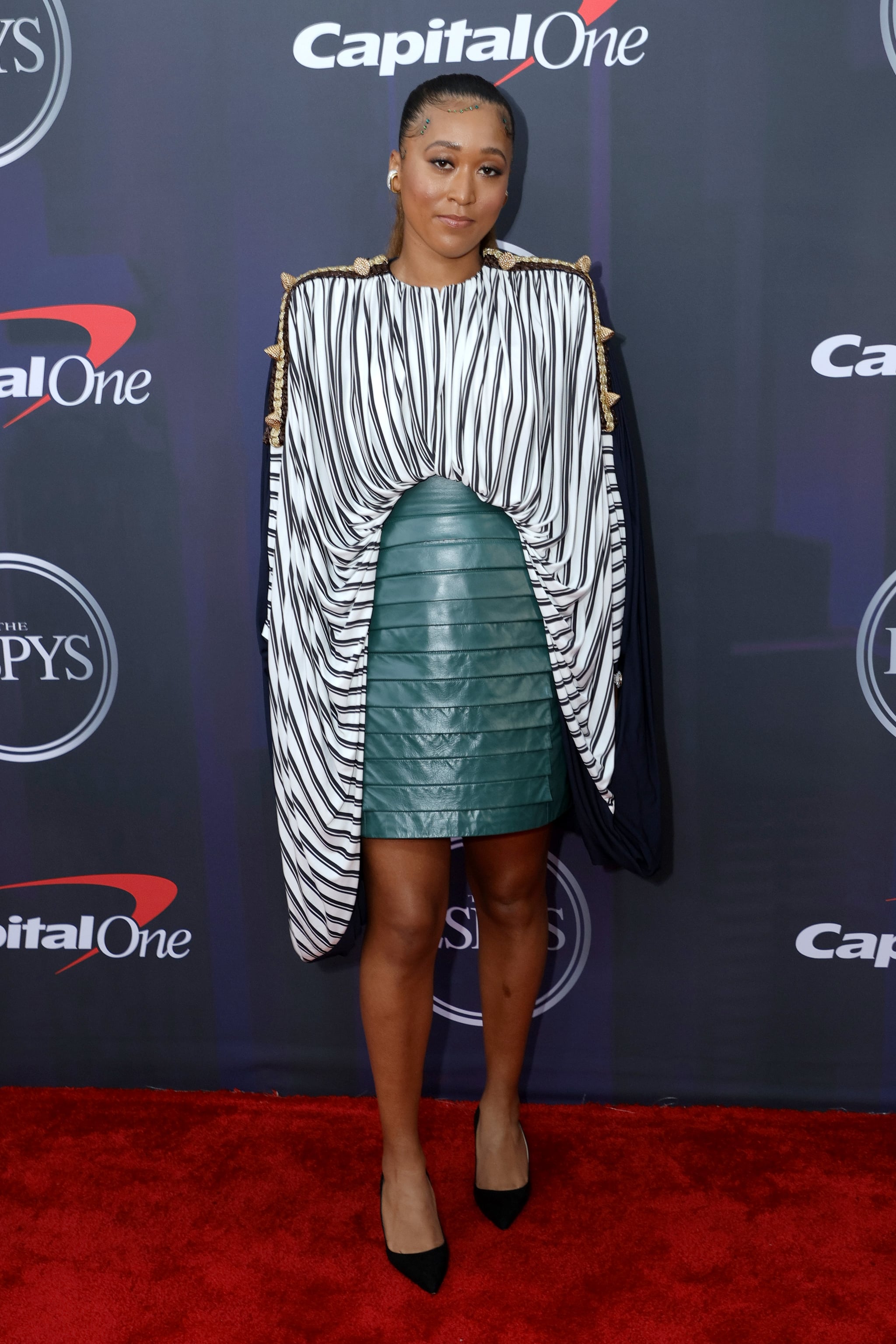 In Naomi Osaka's impressive tennis career so far, she has won four Grand Slam titles, reached a number one ranking in January 2019, and is set to represent Japan at the Olympics later this month. But Osaka has also taken a stand by being outspoken for social and racial justice and publicly taking time away from tennis to focus on her mental health.

During the 2021 ESPYs, Osaka took home the prize for best athlete, women's sports, and said she wanted to keep her speech brief because she was "a bit nervous," but acknowledged that she has had a difficult 2021 so far.

Related:
Naomi Osaka Explains the Importance of Taking Care of Your Mental Health in a Powerful Essay

"Thank you, ESPN, thank you, all the supporters, thank you to my fans. I know this year has been a really . . . it hasn't even finished, but it's been really tough for a lot of us," she said. "For me, I just want to say I really love you guys."

Osaka's win comes after she faced public backlash for skipping a mandatory press conference during the French Open earlier this year and was fined $15,000. (She later withdrew from the tournament.) She also withdrew from Wimbledon in June and said in a statement that she was "taking some personal time with friends and family." In a personal essay for Time magazine, Osaka opened up about her decision to prioritize her mental health, where she said the traditional format of the athlete press conference is out of date "and in great need of a refresh."

She added, "Perhaps we should give athletes the right to take a mental break from media scrutiny on a rare occasion without being subject to strict sanctions."

Watch her full 2021 ESPYs speech below.

.@naomiosaka is the 2021 @ESPYS' winner for Best Athlete, Women's Sports!

... and she always gives the most wholesome speeches 🥺 pic.twitter.com/XrorWcjVUz