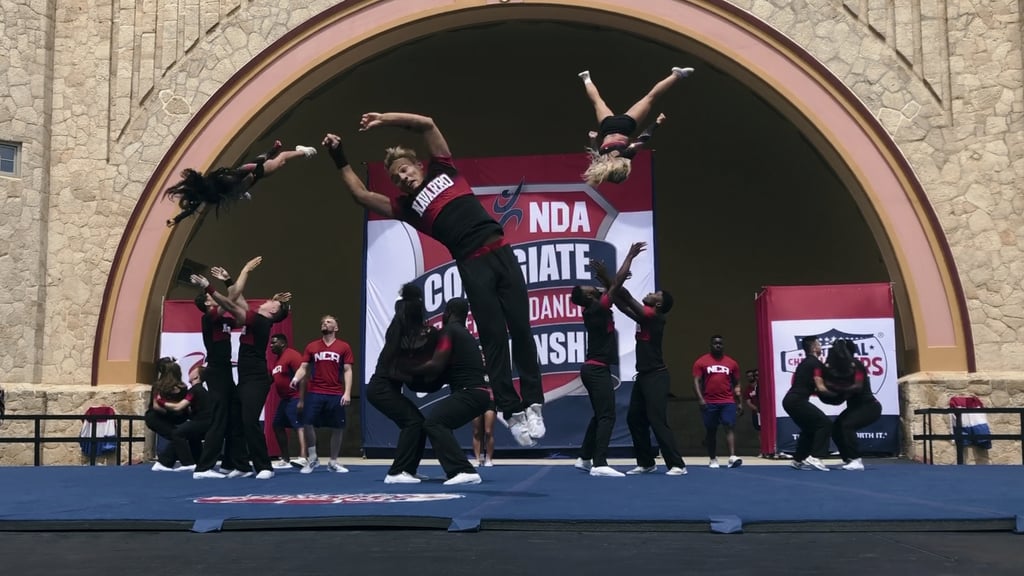 The Netflix docuseries Cheer follows the cheerleading squad from Navarro College in Corsicana, TX, one of the top teams in the country. Since 2000, the Bulldogs have won a whopping 14 national championships in the high-stakes world of competitive cheerleading. Coach Monica Aldama is the driving force behind the junior college's winning streak, and the documentary focuses on her, as well as the young men and women of the squad, many of whom face personal setbacks and injury on the path to competitive glory.

Of course, the show isn't just about the adversity the team faces but also some thrilling, gravity-defying cheer routines! If you just can't get enough of Navarro College's impressive feats after watching the series (which begins streaming Jan. 8), we've rounded up some of the squad's best routines from the past decade in the gallery ahead.