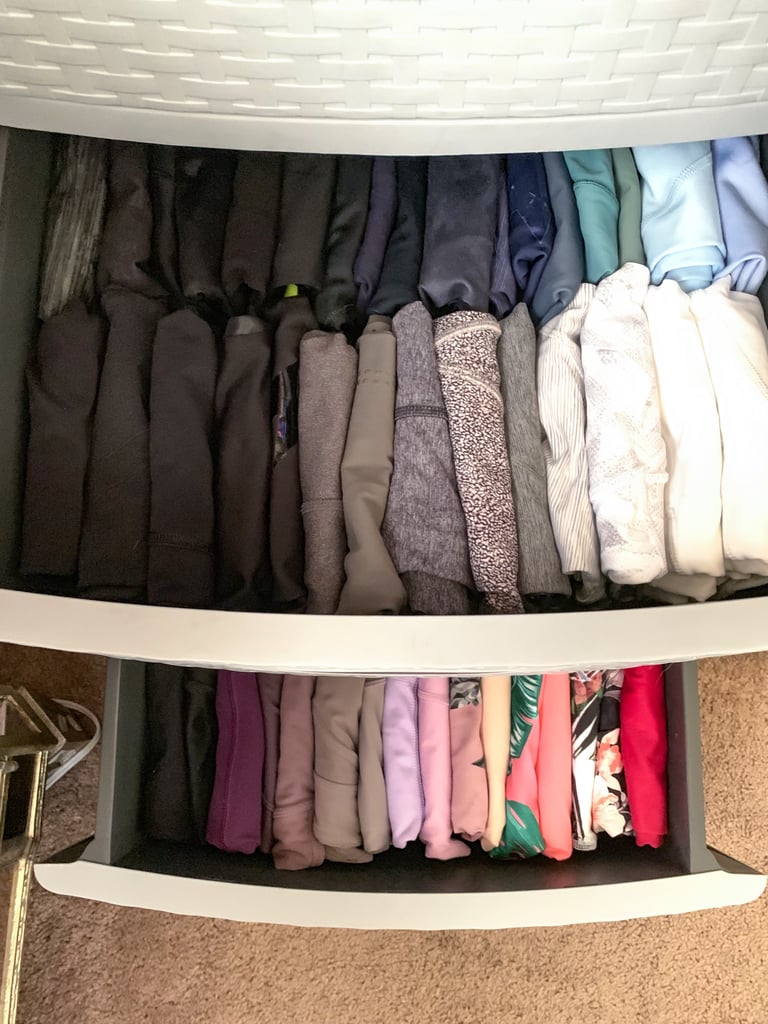 Perhaps the easiest and most satisfying folding is that of the leggings. Folded exactly the way you would a pair of jeans or trousers, leggings don't typically give you any issues. In fact, they're easier to fold than their denim counterparts. Another point for leggings in the "leggings vs. pants" debate.

Think of it like this: half, half, and thirds. Fold your leggings in half lengthwise so they become one single pant leg. Fold the ankle of the legging up toward the waistband, thus folding it in half from bottom to top. from there, fold your leggings into thirds so they can stand up on their own, file cabinet-style.

Workouts
Tonal Is an All-in-One Home Gym With Up to 200 Pounds of Resistance, and I Got to Try It Out
by Christina Stiehl 7 hours ago

Workouts
Tight After a Long Run? This 30-Minute Yoga Flow Is Just What Your Hips and Hamstrings Need
by Maggie Ryan 1 day ago 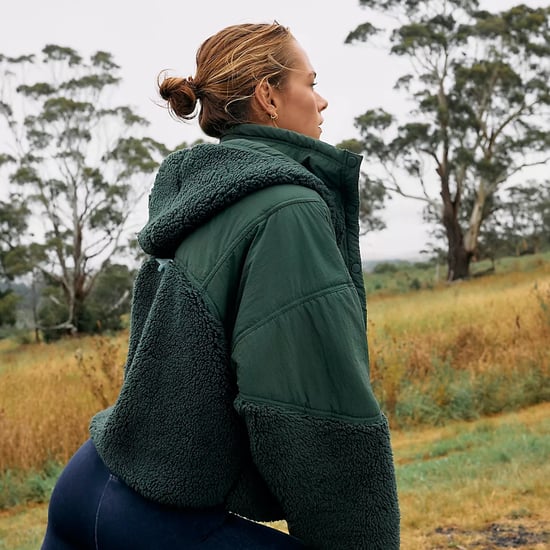 Workout Clothes
Winter Is Coming, and These Are the Jackets We Need For All Our Cold-Weather Workouts
by India Yaffe 1 day ago