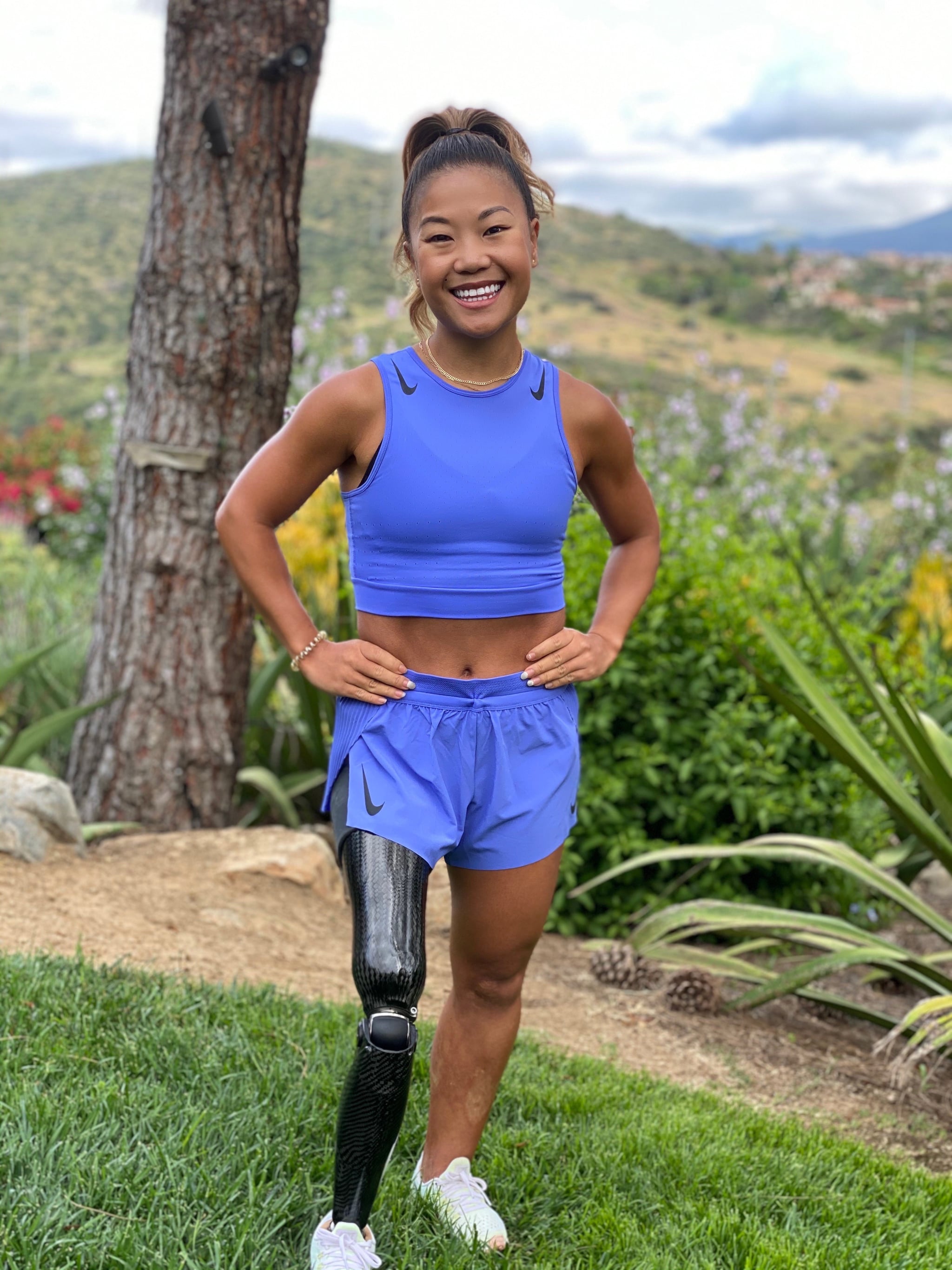 Scout Bassett is a Paralympian and five-time World Championship medalist. She is currently training for the Paralympic Games in 2021.

At the beginning of the pandemic, about two weeks in, I had an incident at the grocery store. This was before they started recommending people wear masks, and I had just finished a run, so I was feeling a little congested and had a bit of a tickle in my throat. I very carefully coughed into my elbow.

Almost immediately, a woman came up to me and asked if I was Asian or Chinese. She said, "We wouldn't be in this situation if it wasn't for your people." She kept using that phrase, "your people." I explained that while I am Chinese, viruses do not have a race. But she just kept going.

I felt so uncomfortable that I didn't even end up purchasing my items; I left, and I haven't been back to the grocery store since. It's something I think a lot of Asian-Americans have felt or experienced in recent times: our belonging is conditional. One moment we're part of the melting pot that makes up the fabric of this country, the next we are all foreigners who "brought" the virus here.

I was born in Nanjing, China. When I was a baby, I was involved in a fire that took my right leg, and I was found on the streets of Nanjing at a year and a half old. I was taken to a local government orphanage, where I lived for the next seven years, enduring some unimaginable hardships for a child such as child labor and physical abuse. I know this is going to be hard to believe, but when I look back on the seven years I lived there, I cannot tell you a single happy or joyful experience I had. That just wasn't our childhood.

I was adopted by a couple from northern Michigan, and they brought me to a town of about 1,600 people, predominantly Caucasian. I felt fortunate to be adopted, but as a kid, I wasn't always aware of the challenges that came along with that. In the process of acculturation, I lost a lot of my identity. I wasn't aware that I was leaving China forever; I didn't know that I would be leaving behind a part of my journey, my story, and much of who I was.

I have a disability as well. Sports have always been a huge part of my life, and starting in second grade, I played a sport every season of the year: soccer, softball, volleyball. I was always welcomed for practice, but when it came to games or tournaments, I was often told to sit on the bench or stand on the sidelines. I watched as everybody else got to compete, except for me.

I saw these things — being Chinese and wearing a prosthesis — as shameful, as reasons to resent myself, because they kept me from being a full part of school and my community. I felt helpless, because they were also things I couldn't change.

Then I found running.

The first time I ever ran, I had the meltdown of all meltdowns. I was 14, and I was going to run on this track wearing shorts and a little tank top; I was going to be seen and exposed as myself. See, you can't put a cosmetic cover over a running prosthetic, like I did on my walking leg, because it's this C-shape, carbon fiber blade. It can't be hidden, even with pants. I was terrified of having to step on this track and have the world see me as who I was.

It started with a pity party, but I ran the 60-meter race. And for the first time, I felt free and unlimited. From that day forward, I vowed that I would never be ashamed of what I looked like, where I came from, or what's happened to me. These were things I couldn't change about myself and it was time to embrace them.

Related:
Olympic Swimmer Simone Manuel Has Her Eye on the Podium For the Postponed Tokyo Games

I went to UCLA, which is where I found the Paralympics and where I reached a crossroads. Being raised in a Caucasian family, in a Caucasian town, I felt like I had to ignore my Chinese identity. It was no fault of my parents', but they didn't speak the language and we didn't carry on Chinese customs or traditions. Because of this assimilation process, my identity felt white and not Chinese at all.

Even though Asians made up the largest ethnic group at UCLA, I didn't feel like one of them either. I felt very torn, because in some groups, I wasn't white enough. In other groups, I wasn't Chinese enough. I think it's the story of so many people who have grown up as a minority without examples around them: what am I? Who am I? You feel like you don't belong anywhere.

What I've learned, largely because of sport, is that you don't have to choose. You can be proud to claim all the different aspects of your story and of your identity. I was born in China: this is a huge part of my story. I am proud of that foundation; the courage, the determination, the will to keep fighting, that was built in the years that I lived in China. I developed a grit that propels me forward now. Asians are largely underrepresented in the media and in mainstream sports, and I hope that as a Paralympian and an athlete, I can help inspire a generation of young Asian-Americans to dream big.

It's one of the reasons why I'm proud to be a part of Nike's You Can't Stop Us campaign, because it shows that regardless of your identity or the circumstances, like this pandemic, nothing in life can stop you from dreaming, pursuing activity, from competing and experiencing wholeness. Now, more than ever, I see the power sport has to unite and inspire people of all backgrounds and united around something bigger. Nike has been sharing daily stories of motivation and movement in the Nike App to encourage people to stay healthy and active, mentally and physically. This week in particular celebrates Asian Pacific American Heritage Month and is themed around "New Perspectives," and I'm proud that Nike is featuring powerful, strong Asian-Americans like Eric Koston, David Chang, and Betina Gozo. It's so important to feel connected right now, and to bring across these different voices. We're sharing our experiences and an identity that we're proud of, in hopes of inspiring and empowering others, especially during these challenging times where the coronavirus has spawned a slew of anti-Asian hate crimes.

It goes back to that idea: "You Can't Stop Us." The people who are trying to silence us, those who voice hatred, they're not going to stop me from being proud of who I am, from standing up for others and from getting out and being active — running, getting my miles in. I set a goal to run a hundred kilometers last month, and this month I want to run a hundred miles. It's a goal to keep me on track, but also a way to show that I'm still living my life and no one can't stop me from doing that. I'm going to show up even if people don't accept me, because when you force people to create space for those that are suppressed or marginalized, you inspire others to do the same and that's how we change the world.

As told to Maggie Ryan

Celebrity Families
Ashlyn Harris and Ali Krieger Adopt Their Second Baby: "Our Hearts Are Full"
by Victoria Messina 5 hours ago