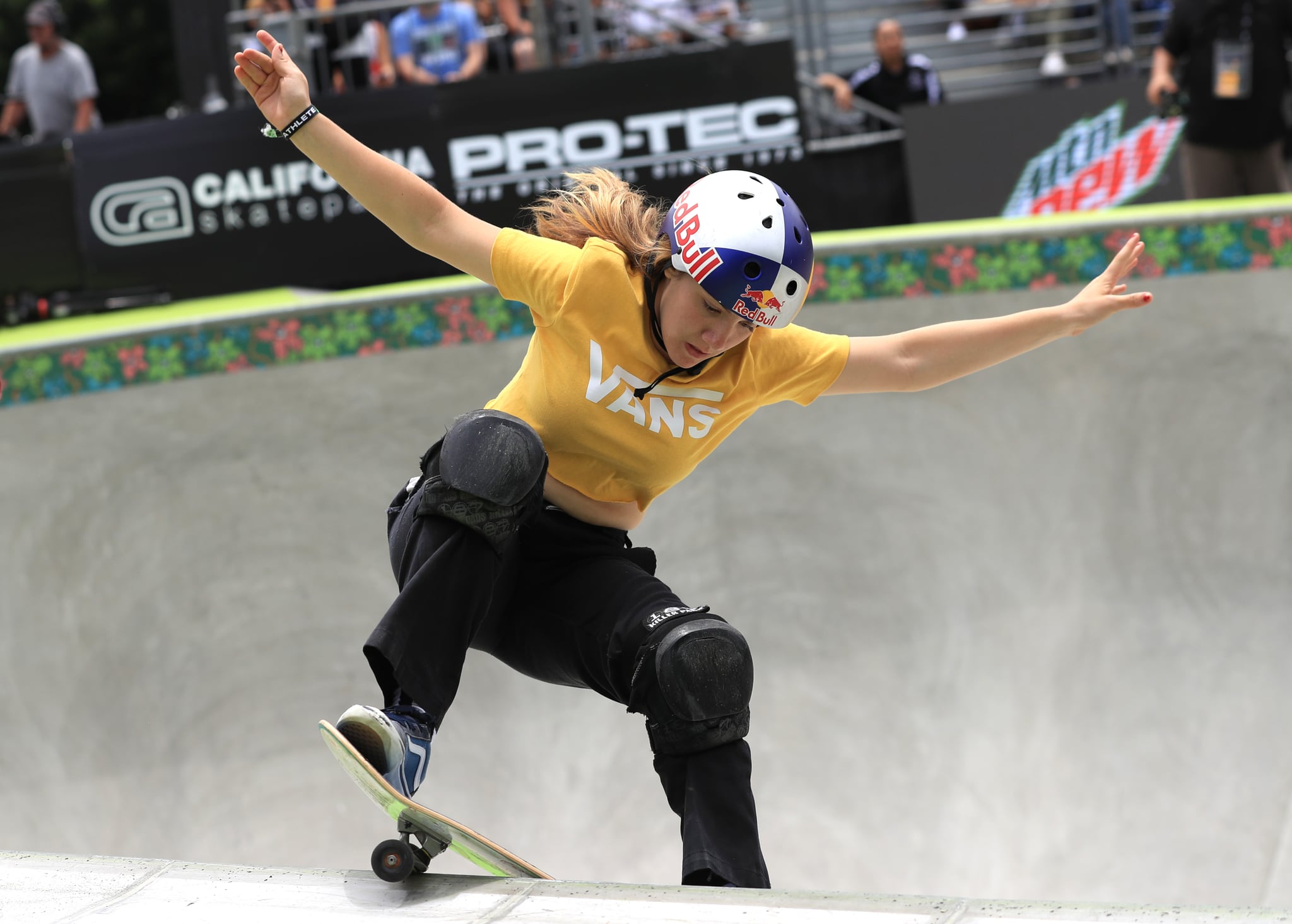 Skateboarding was due to make its Olympic debut this summer, and 15-year-old Brighton Zeuner, ranked second in the world in park (one of two Olympic disciplines), was an early favorite to make Team USA. "When they announced skateboarding was in the Olympics, it was definitely a big deal. The bar was way higher. [The competitions] got way harder," especially in the women's events, she told POPSUGAR. Then everything stopped. "It's crazy how your life can change that quickly," Zeuner said. "I've never experienced anything like this."

Right now, Zeuner said she's trying to stay as active as possible. Skate parks are closed, but she's working out in her garage, going for walks, and skating around her neighborhood. She was already taking time off from school for a filming project and is starting homeschooling soon. She's taking guitar lessons and selling clothes on Depop.

"It's definitely really weird, because I've been in the house for a month now," she said. And within the skateboarding community, which is global but tight-knit, it's strange for athletes to be apart for so long. Zeuner said she's texting her friends, "but we just miss each other."

Postponements, cancellations, life put on pause: "It's a lot to handle," Zeuner said. "Just stay positive, and we'll get through this."