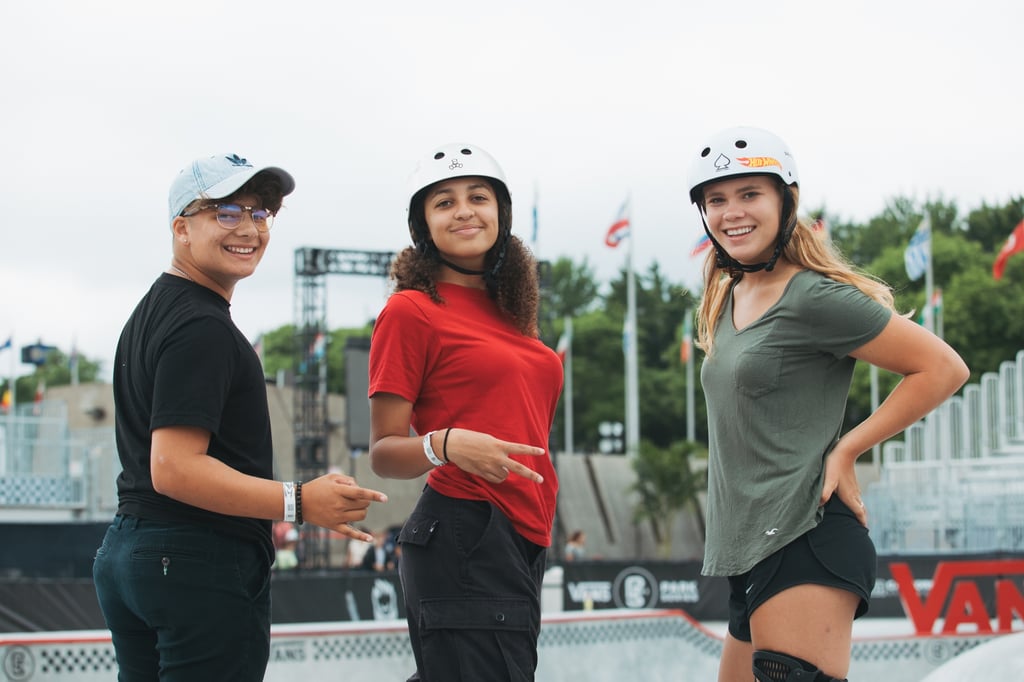 Skateboarding is heading to the Olympics, and, with bigger and better tricks and young, fearless stars, it feels like now is the time for the women's side of the sport to break through. Those skills were on display at the Vans Park Series World Championships in September, as was the newly international flavor of the competition. Once dominated by the US and Brazil, the highest tiers of the sport have gone global. Three Japanese women swept the Vans podium. The scene is growing in Australia, Asia, and throughout Europe. Lizzie Armanto, an Olympic favorite, is making a run at the Games for Finland. And with the Tokyo Olympics just around the corner, POPSUGAR asked as many of these badass female skaters as we could for their thoughts on the growth of women's skateboarding, the sport's somewhat controversial inclusion at the Olympics, and everything from art to surfing to their favorite skateboarding tricks. (Get ready for the eggplant.) Without further ado, meet the up-and-coming women who are taking skateboarding to the next level.