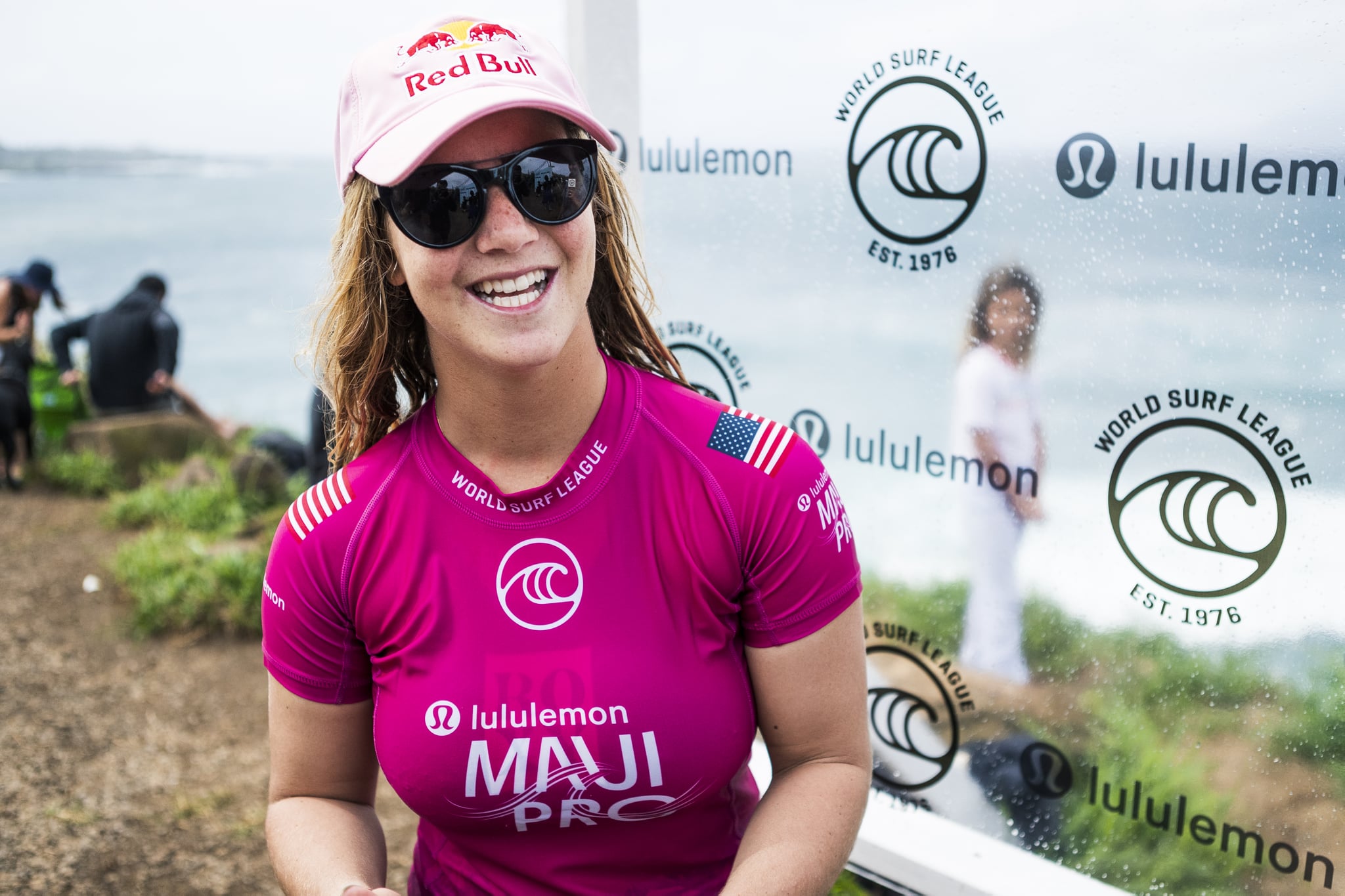 The good news is that, as of early April, the beaches in San Clemente, CA, are still open for pro surfer Caroline Marks to do what she does best. The bad news: the No. 2-ranked surfer in the world has no immediate competitions to practice for. Like all other pro sports, surfing events through the World Surf League have been canceled or postponed for the foreseeable future. And the Tokyo 2020 Olympics, where surfing was set to make its debut and which Marks qualified for in December, has been postponed until summer 2021 at the latest. (According to the International Olympic Committee's current guidelines, she'll retain her qualification.)

For Marks, the Olympic news wasn't entirely out of the blue. "I can't say I was surprised," she told POPSUGAR. "I definitely support their decision. It's cool that they're putting the athletes and the staff first and making sure we're all safe."

Marks's WSL season is on hold, too, with Championship Tour events postponed through early June. The season's first event in Australia would have kicked off in late March. Her attitude is positive overall, but Marks admitted, "Of course I would love to be in Australia and competing. I'd been looking forward to it since Honolua Bay last year."

The 2019 Maui Pro at Honolua Bay, where Marks secured her provisional spot at the Olympics, capped off what the 18-year-old called "an incredible year." In just her second year on the top-tier Championship Tour, Marks won the WSL's first-ever competition with equal pay, came in second for the world title race, and qualified for Tokyo. Her dreams for 2020 were even bigger. "One of my big goals was to fight for the world title," Marks said. "And obviously, the Olympics." Going into the new season, she was feeling stronger and better prepared than ever.

In spite of the postponements and California's shelter-in-place protocols, Marks said her training hasn't changed much. "Luckily I have a gym at my house, and thankfully we're still allowed to go to the beach," Marks said. She surfs twice a day and works out between sessions. "Right now the waves have been fun, which has been awesome. But I'm also trying to stay six feet away from people and practice social distancing."

For Marks, the transition away from her usual nomadic lifestyle has also been jarring. She travels the world while on tour, surfing competitions in countries like Australia, Indonesia, Brazil, and France. "In my entire life, I don't think I've ever been home for this long," she laughed. "So it's definitely a little different." On the bright side, Marks said that with all the extra time for homeschooling, she now has a much better chance of graduating high school on time.

It isn't the 2020 Marks expected to have, but she's keeping her outlook positive. She's confident that surfing's long-awaited Olympic debut will be just as exciting, whenever it comes. "It's going to be the exact same thing, except later. Everyone's still going to see surfing. It's still going to make its huge debut, and we'll hopefully get some really fun waves."

"This is a hard time. This is all new for everybody," she added. "Hopefully everyone does their part and we're all back competing soon, because I'm really, really excited."