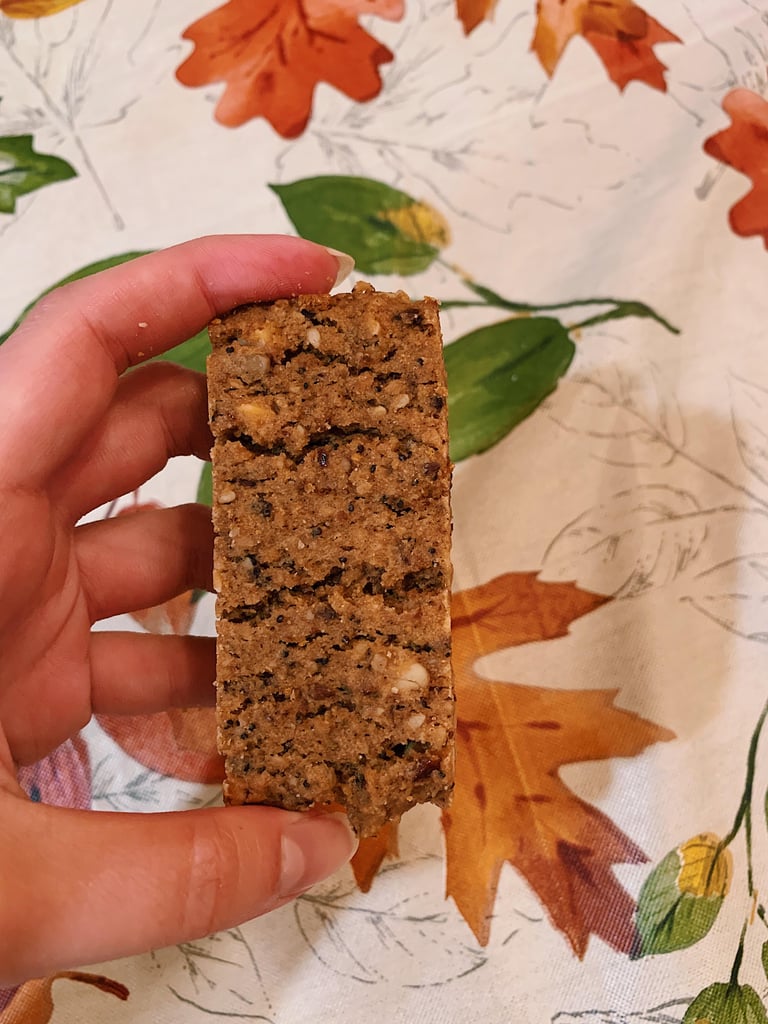 As soon as Starbucks announced it was officially Pumpkin Spice Latte season, I swear people broke out their sweaters and mugs, ready for the leaves to change. This year, Summer was halted in its tracks on Aug. 27 with the release of the PSL. Now, it's everywhere, and not just in drink form. Pumpkin spice protein bars, pumpkin spice foods, pumpkin spice everything. I'm not complaining though — the flavor transports me to my happy place among the auburn trees and crisp-but-not-cold temperatures. That being said, I've recently found my favorite Fall snack to date, and it doesn't even have "pumpkin spice" in the name: Trader Joe's Five Seed Almond Bars.

Trader Joe's Five Seed Almond Bars taste like, for lack of a better word, pumpkin spice, and dare I say a pumpkin spice latte (without all the whipped cream and sugar). They're chewy and about the size of your palm, and it's hard not to have three in one sitting. There's crunch from the seeds, but the overall texture reminds me of something I'd get from a school bake sale. The bars are made with flax, poppy, sunflower, sesame, and pumpkin seeds, and other ingredients include almonds, of course, as well as raisin paste, oats, honey, cinnamon, and clove. Note: these bars contain butter and eggs. They are not vegan.

These Trader Joe's Five Seed Almond Bars have been around for a number of years, and I'm flabbergasted — absolutely flabbergasted! — that I didn't know about them until a few weeks ago. You can buy a pack of eight bars for $4, and I promise you it'll be worth it. Plus, for a bar that tricks your taste buds into thinking you're eating dessert, the nutritional facts are great. One bar has 110 calories, 4.5 grams of fat, 16 grams of carbs, one gram of dietary fiber, eight grams of sugar, and two grams of protein. I enjoy them for breakfast or a mid-day snack, plain or layered with a healthy helping of peanut butter (since they aren't protein bars, peanut butter adds extra protein).

Ahead, check out photos from my lovely kitchen that capture these bars in all their glory. When I called to confirm the price with Trader Joe's, the employee on the other line gasped in excitement, telling me she buys these "all the time" because they're just that good. See? She's flabbergasted, too.