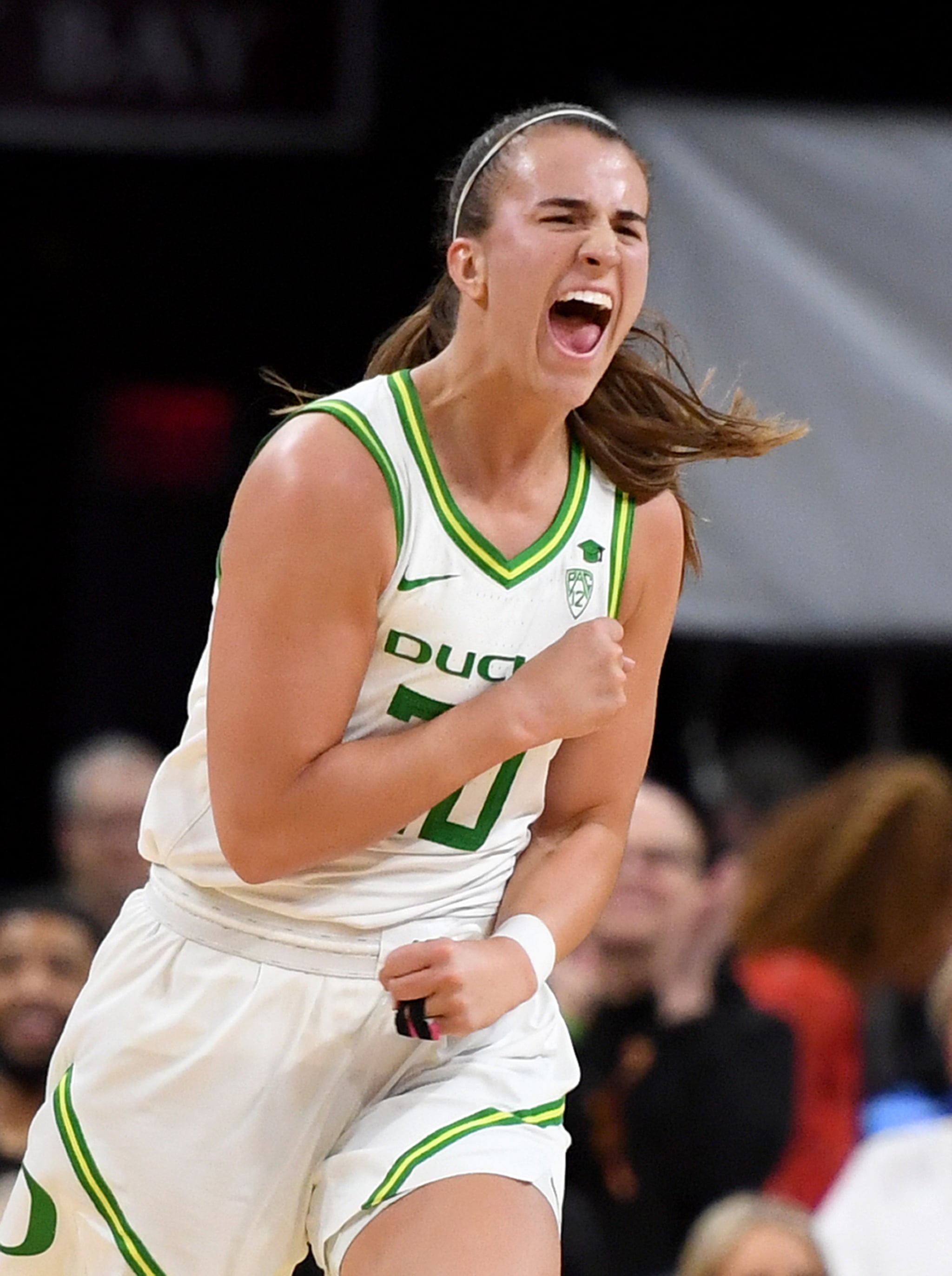 Sabrina Ionescu became a bona fide basketball superstar at the University of Oregon, but her senior year — and her last chance at an NCAA championship — was cut short by the pandemic. The same thing happened at schools across the country, depriving thousands of student-athletes of their long-awaited senior season. In a touching video at this year's ESPYs, NFL quarterback Tom Brady and Good Morning America anchor Robin Roberts honored Ionescu, Michigan State basketball star Cassius Winston, and all other high school and college seniors who lost out on their final season.

"I know what you were thinking when you came back to school this year," Roberts opened the segment, speaking to Ionescu and Winston. "You came back because you wanted to win." The accompanying highlight reel showed some of the athletes' greatest moments, spotlighting Ionescu's 2,000 points, 1,000 assists, and 1,000 career rebounds at Oregon — she's the first player in NCAA Division I history to reach all three benchmarks. "Everything was coming together, until your last shot got taken away." Winston and Ionescu, she went on, were just two of the many seniors "who missed out on what should've been one of the greatest years of your lives."

Despite the disappointment, Ionescu (the No. 1 pick in this year's WNBA draft) and Winston, along with their fellow graduating seniors, are still only at the beginning of their careers. Roberts closed by offering advice for finding closure and moving forward: "Never forget [your senior season]," she said. "Never stop chasing what you lost. And use your loss to make an even bigger impact than you ever thought possible."

Watch the full, touching video below.

Senior year may be gone, but your chance to write your story is just beginning ✍️@TomBrady and @RobinRoberts congratulate this year's seniors for all of their accomplishments. pic.twitter.com/3pTJs1mDaW