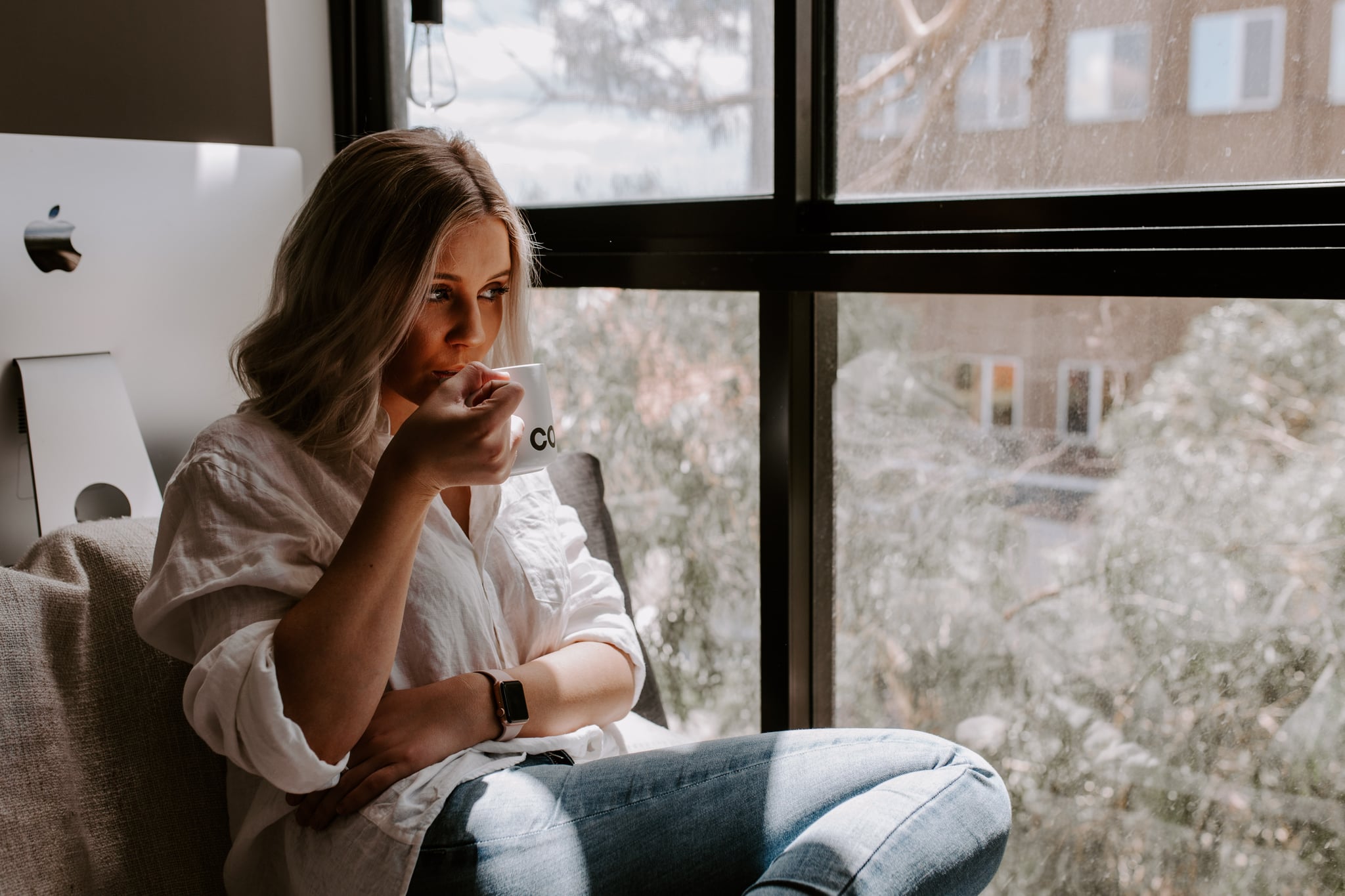 Growing up in an old-school Irish Catholic family living in New Jersey, my parents always taught me the tougher you are, the better you'll fare in life. There was no crying in baseball — or women's lacrosse, for that matter — and learning to take criticism in stride was paramount to being a successful adult. Although my siblings and I learned to handle our emotions well, it was also unintentionally engrained in us that talking about your feelings whatsoever was a sign of weakness. Did my parents ever explicitly say that? Of course not, but they were products of their own individual upbringings, and therapy was never a part of that.

For my mom, who grew up on a farm with seven other siblings in the '60s and '70s, going to therapy wasn't even a thought. "It's just not what we did back then," she told me on the phone. "It's not that I was ever against it, per se, it just wasn't something I necessarily had as an option growing up. You kids didn't have any psychological issues when you were little, so it just wasn't something I ever even considered."

Related:
A Therapist Taught Me How to Set Boundaries, and It Helped Ease My Anxiety

And for the most part, she was right. As far as I know, my siblings and I never had any anxiety or experiences with depression when we were young. However, after my mom's sister, who was my godmother, died by suicide in 2009 when I was 17, I knew that the narrative around mental health needed to change in our household.

Although I didn't seek therapy at the time, I began looking up resources online for people who live with depression and potentially bipolar disorder out of curiosity. While she wasn't officially diagnosed with bipolar disorder, my aunt started to see a mental-health professional shortly before she passed away, who told her it was likely she had it. At the time, I wanted to learn more about her potential diagnosis. I wanted a tangible reason for her mood swings, strained relationship with certain family members, and severe bouts of depression. She had always struggled with her self-image, but it was clear something deeper was going on.

When I was younger, I was under the impression that people only went to therapy if there was something wrong with them.

It was after my godmother died that I discovered through some research the benefits that therapy has had for millions of Americans. When I was younger, I was under the impression that people only went to therapy if there was something wrong with them. And while I had started to see how commonplace talk therapy was, I was still nervous to approach my parents about how truly devastated I was about my aunt's death. I figured that, while being sad about death is normal, asking to talk to a mental-health professional would upset my parents.

Looking back, not seeking out a therapist was a big mistake. Although I attended and graduated college with a bevy of lifelong friends, I battled a lot of anxiety in my late teens and early 20s that I was too embarrassed to admit to anyone. In retrospect, had I just asked for help, I wouldn't have as many sleepless nights or panic attacks about things that were truly out of my control.

As an adult with my own health insurance, I broached the topic of therapy with my mom after hearing one of my best friends talk about it so . . . normally. Although it had been in the back of my mind for some time, hearing one of my successful and happily married friends discussing how beneficial therapy had been for her triggered something positive in me. I told my mom I was thinking about going just to suss it out and talk about some everyday, normal issues that plague 20-somethings. After asking a few questions, she was ultimately really supportive of my choice.

Now, at 27, I attend talk therapy on an as-needed basis. For me, there's no denying that opening up about my life with a licensed professional has made me feel like I have everything more together. For once, I feel like I'm really in control. And yes, sometimes I still feel embarrassed about showing emotion, but it's something I'm working through. Ultimately, I don't blame my parents for a second for their outlook on therapy — they just didn't have much experience with it in the first place.