These days, it feels like narcissism is on the rise and empathy is at an all-time low. So how do we raise our kids to be compassionate beings? Our friends at Fatherly give us some pointers. 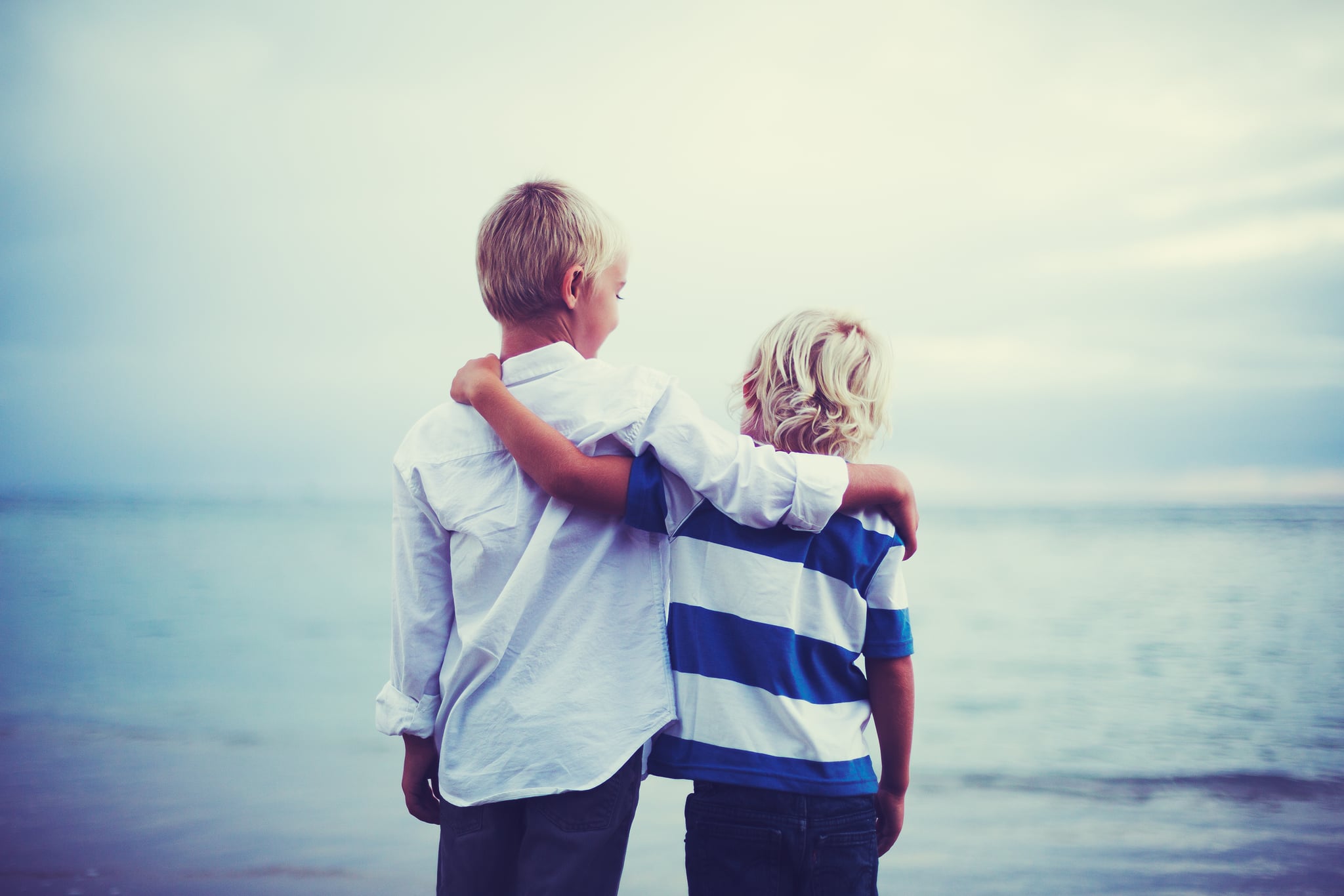 You already know from experts like Dr. James Doty or Dr. Laura Markham that teaching your kid empathy is as important as their intellectual, physiological, and non-assh*lic development. But according to Michele Borba, former teacher, educational psychologist, and author of UnSelfie: Why Empathetic Kids Succeed in Our All-About-Me World, we're failing as a society. Research shows narcissism has ballooned while empathy has plummeted among incoming college freshmen. But don't blame the selfie stick — blame that person at the other end of it. Borba says, if parents start to encourage empathetic habits early, there's still hope of them putting human kindness ahead of #kindness.

Here are 9 easy ways that can't be "liked" on social media:

You understand how someone is feeling through facial expressions, body language, and tone of voice. Borba says whenever possible, point out the emotions behind the physicality. "Talk naturally about feelings more," she says. "'Oh, you look sad,' or 'Listen to Daddy's voice,' or 'Look at Mommy's posture, her shoulders are slumped over.'" Here are a few more tricks to do this:

Borba says reducing stress makes it easier to feel for others, and the easiest way to get everyone to calm the F down is to breath properly. Here's a breathing exercise to teach a kid of any age:

Borba suggests crafting a short and catchy family mantra that describes your brood. Something like, "One For All, And Tacos On Tuesday Nights." Go and pop some popcorn, get a whiteboard, and brainstorm. "Say, 'What do we stand for as a family? We're respectful. We're caring. We always help.'" One family she spoke to for her book had a piece of paper with their mantra on the refrigerator for 10 years. Just remember, "O'Doyle Rules!" is taken.

Research shows that the right kinds of books not only make kids smarter, but also nicer. The "right kind" are emotionally charged and "stir a child's heart," as Borba puts it — hopefully metaphorically.

A lot of these stories are already on your kid's summer reading list and ones that you enjoyed before Netflix. When they're done grumbling about having to tote around Lord of the Flies or Where the Red Fern Grows for 2 months, use them as conversation starters to talk about what the characters were feeling. (Nobody will judge you if you have to go buy the Cliff's Notes.)

Engage In Semi-Random Acts of Kindness

Going to a soup kitchen or donating canned food once a year does not a habit make — that's something your kids do because it looks good on college transcripts. The idea is to ingrain kindness as a habit, so there has to be an element of repetition:

Your kids empathize with those who share their gender, race, or religion, and that's cool, but there are more socio-economically, racially, religiously, and sexually different people on the planet. Borba suggests traveling to developing countries as a quick way to show your kids how the other half lives. But if you can't pull it together to visit the Marquesan island of Fatu Hiva (amazing beaches, by the way), you can always show them secondhand at a museum, library, or something called the Internet.

Show Them What A Real Hero Is

There are plenty of real-life examples you can point out. Like the kid who started a "buddy bench" for lonely classmates, or the kinds of folks who populate CNN's Heroes feature. "Inspire your child to know they can make a difference," says Borba. Because as Trump and Kanye have proven, popularity and douchiness are not-so-distant cousins.

Just like the NYPD says in its subway ads, if you see something, say something. If they think someone is being treated cruelly or unfairly, let them know it takes moral courage to stick their neck out for someone. Kids won't always instinctively speak up for others, and you don't want to speak for them. Encourage them to use their own words and, if those don't work, tell them that they can always tell you, a teacher, or that guy down the street who does karate in his garage.