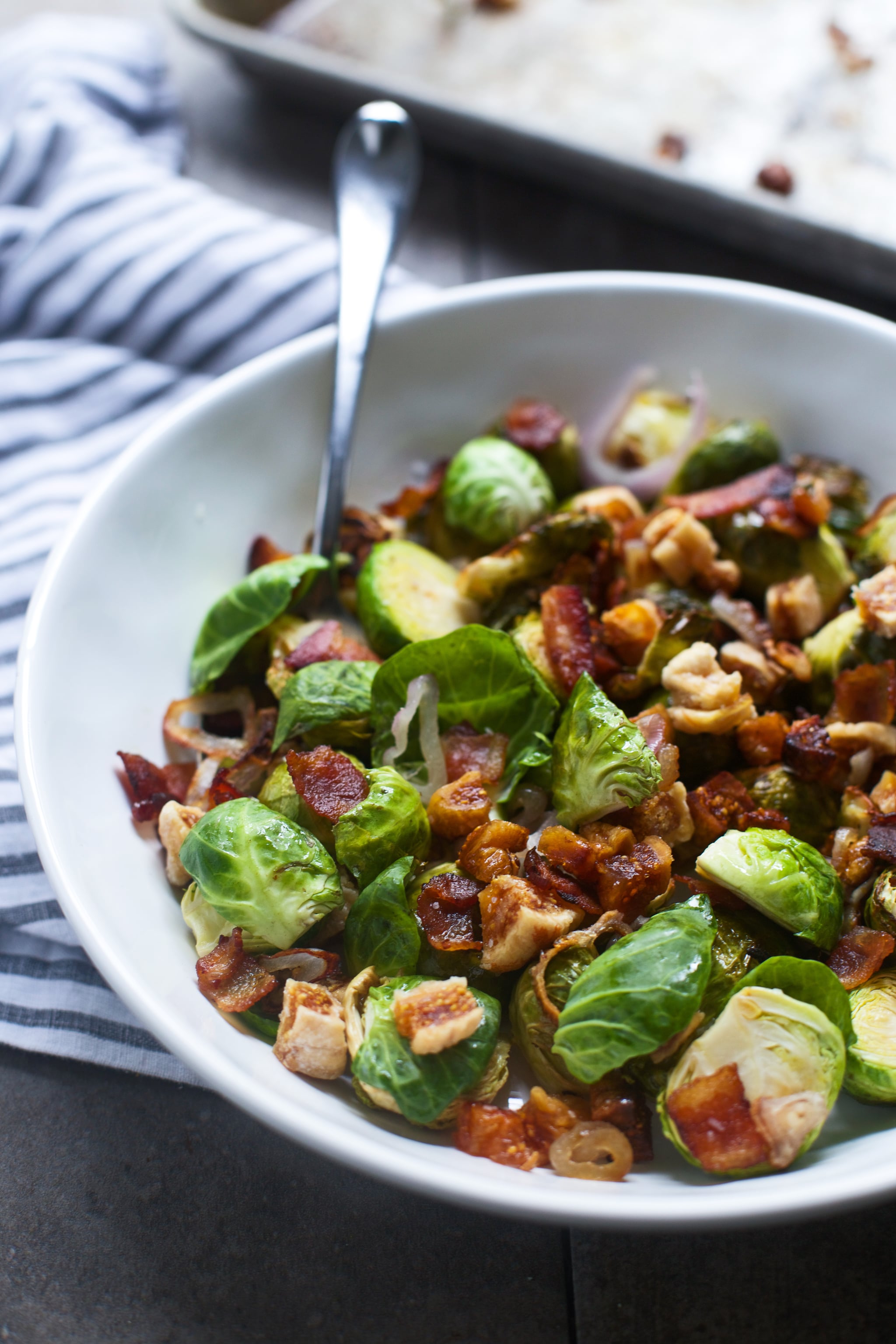 Brussels sprouts have always had a bit of a complicated reputation. Often greeted with a furrowed brow and some variation of "no, thank you," this hearty vegetable is regularly overlooked in favor of more popular veggies. But once you give Brussels sprouts a chance, you'll realize that their unflattering reputation was never deserved; the sprouts are delicious. And if you're still on the fence about sprouts, it's because you haven't yet tried this recipe, which involves roasting Brussels sprouts in bacon, which acts as the fat, while brown sugar — the secret ingredient! — gives everything a sweet finish. Once the sprouts are about halfway done cooking, sprinkle in the sweet shallots, and cook until soft. After everything is nicely roasted, the sprouts, bacon, and shallots are tossed with a handful of sweet dried figs, seasoned with salt and pepper, and ready to be served. So good luck to the naysayers, because even the most contrarian of people won't be able to turn up their nose at these flavorful Brussels sprouts.

Related:
This Buttery Carrot Dish Will Steal the Show at Your Thanksgiving Dinner 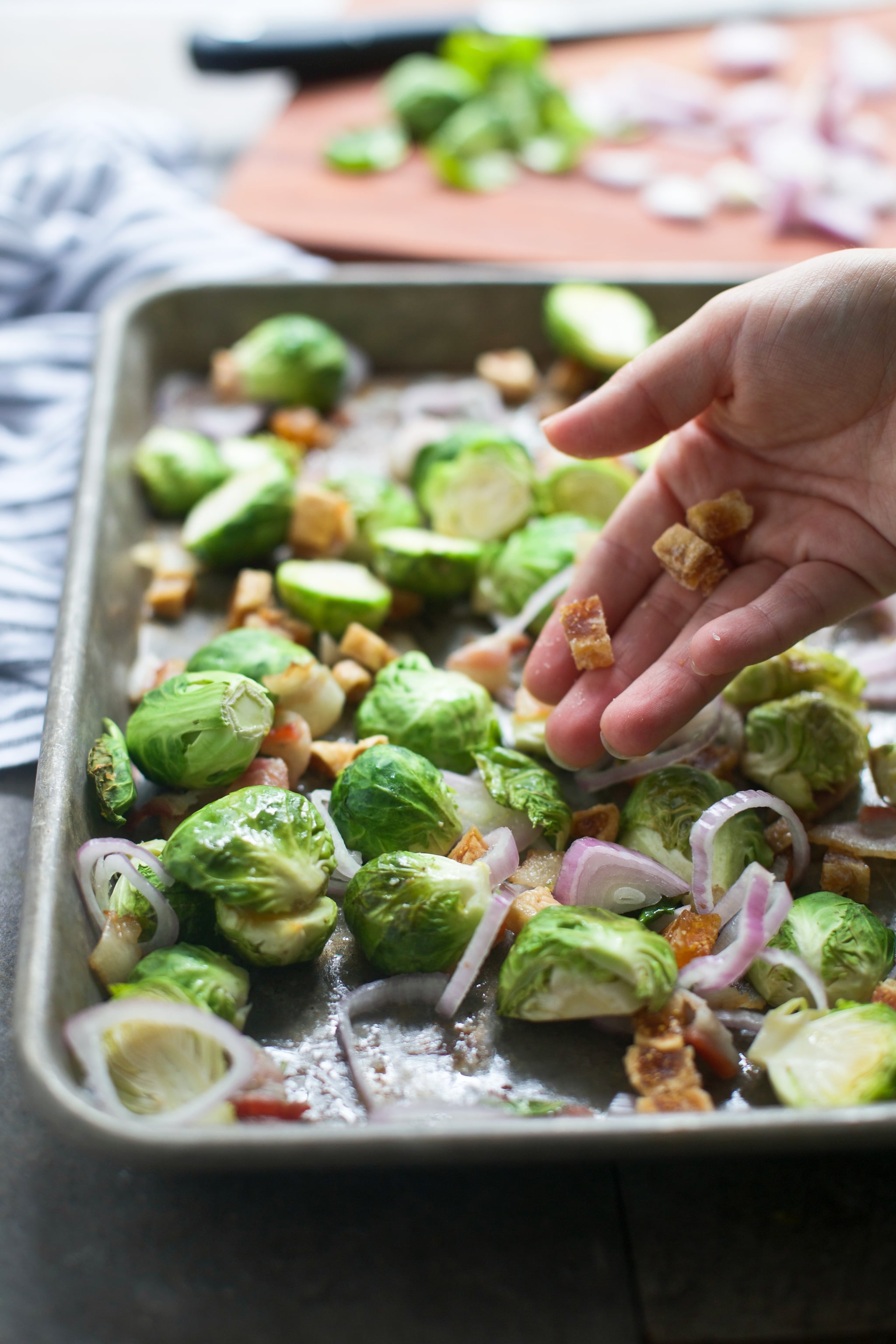 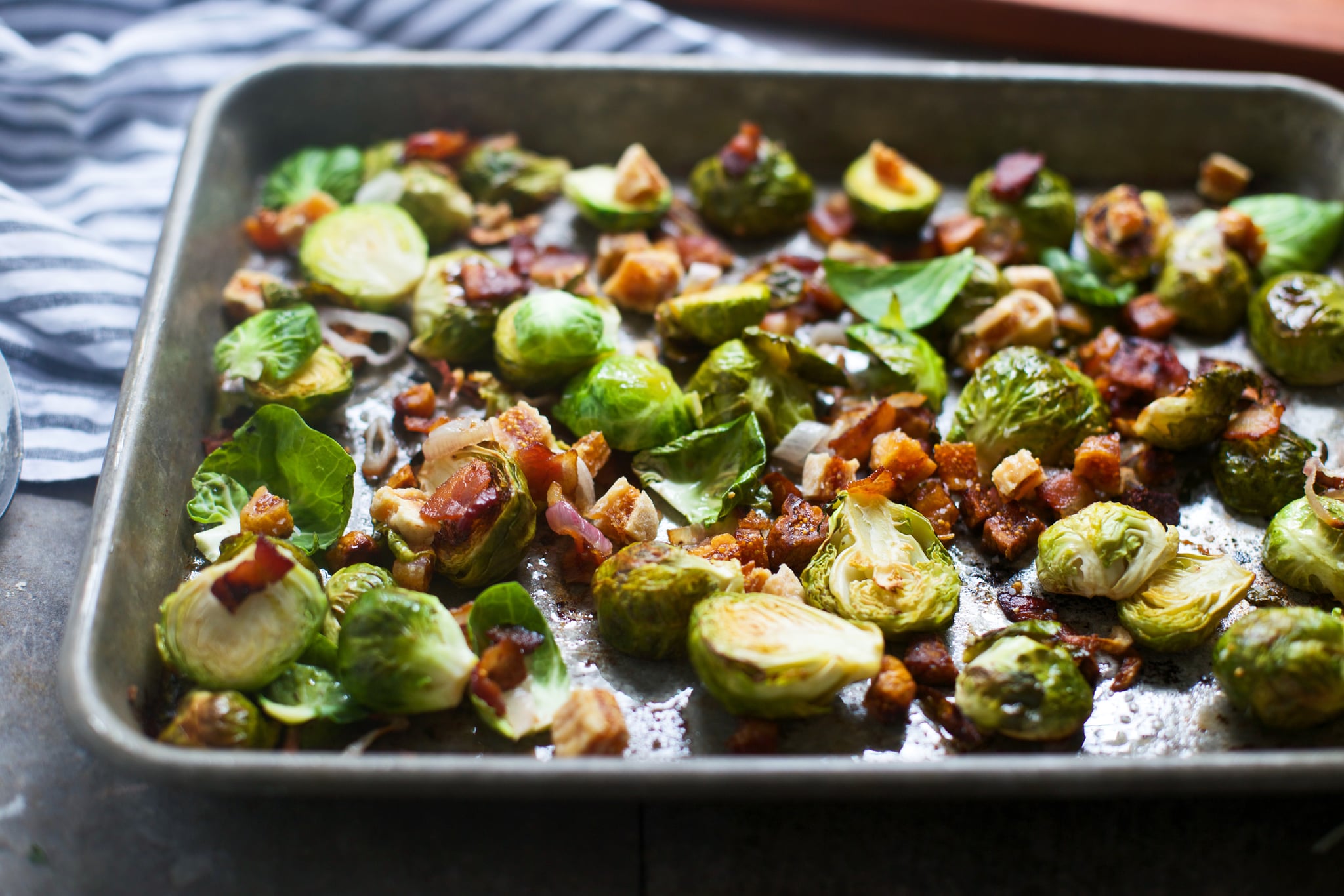 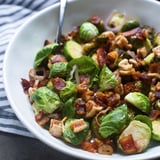 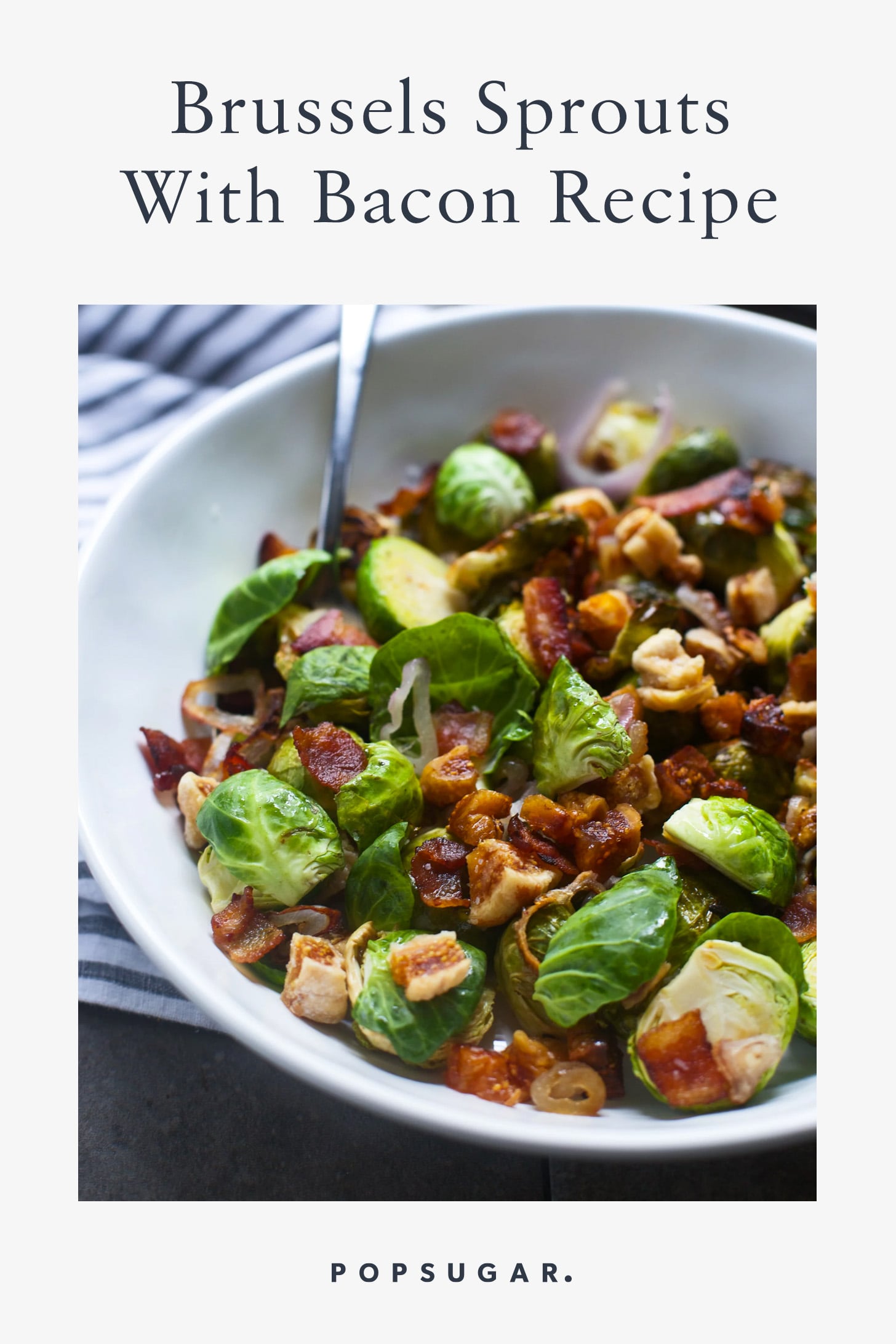