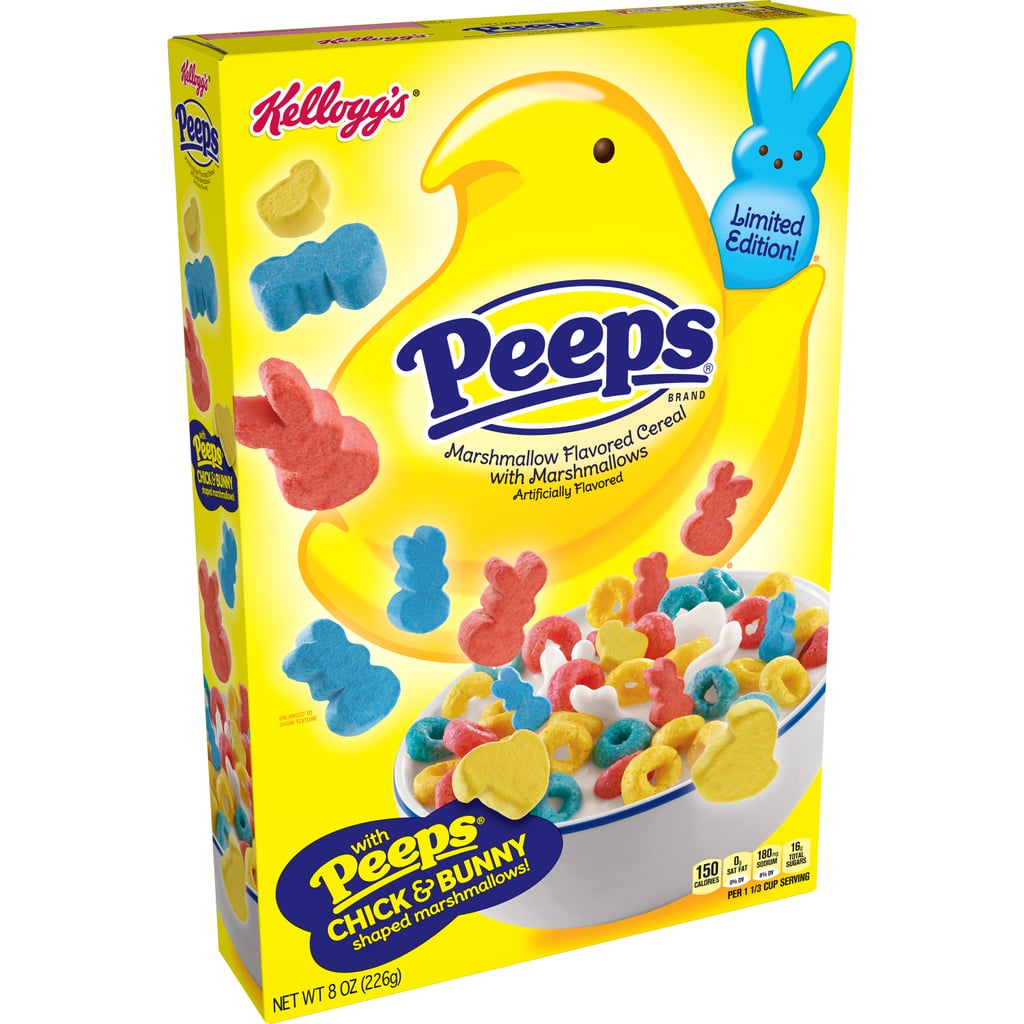 Peeps Cereal Is Coming Back Soon — This Time, With Colored Marshmallow Bunnies!

Peeps Cereal is back and even more marshmallowy than before! Exactly one year after Kellogg's debuted the candy-inspired cereal for the first time, the brand announced that it's returning to store shelves, just in time for the Easter season. The sugary breakfast treat has gotten a bit of an upgrade since 2019, as it now features yellow chick-shaped and pink and blue bunny-shaped marshmallows, whereas last year's edition only had plain white marshmallow pieces. The new-and-improved Peeps Cereal is now rolling out to stores nationwide, so keep your eyes peeled for that bright yellow box next time you're on a grocery run. Who needs coffee to wake you up in the a.m. when you can just devour a tasty bowlful of sugar like this instead, am I right?