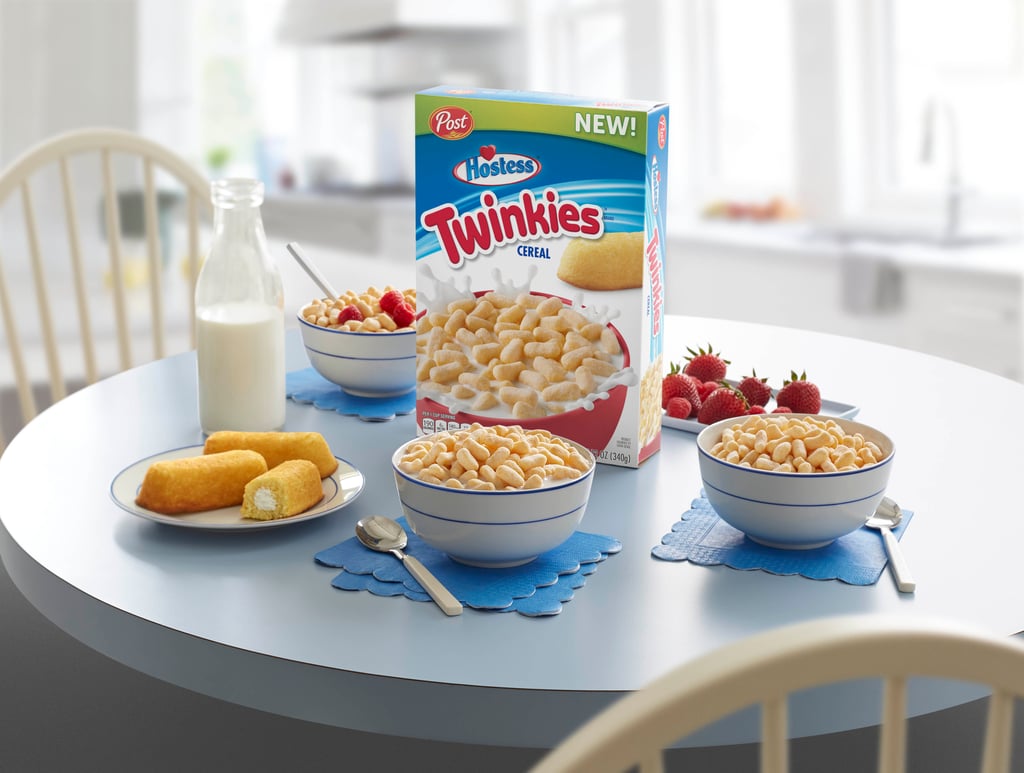 Dessert, meet breakfast, and breakfast, meet dessert. It's been a long time coming, but the favorite snack of your childhood is making its way right back into your kitchen, and it's starting with the most important meal of the day. Post Consumer Brands recently announced that it's releasing a Twinkies cereal later this year, and we are pumped! As the third release of Hostess-themed cereals, the Twinkies version will first be available at Walmart stores in late December, and hit grocery stores nationwide later in the month.

According to a press release, the cereal will have the delicious sugary taste that our favorite childhood snack did, and obviously a similar, yet smaller, shape. "In developing a cereal version of the iconic Twinkies, our top priority was focused on delivering the great Twinkies flavor in each bite," Josh Jans, brand manager of cereal partnerships at Post, said. "We conducted multiple consumer tests, and the new Twinkies Cereal delivered. We think fans will find that it not only tastes great with milk but also outside the bowl." Well, say no more!

Post previously released Hostess Honey Bun cereal and Hostess Donettes cereal, and we have high hopes for the Twinkies version. See photos of the Twinkies cereal ahead, and make sure to shop the lip-smacking product when it hits stores next month for $4 a box.

by Shelcy Joseph 56 minutes ago