Chef Mario Batali, repping Tabasco, chatted with us about the most important feast second to Thanksgiving: "The Big Game." Along with sharing this nine-spice chicken wings recipe and the proper way to season with hot sauce, he offered up his go-to margarita recipe, the five recipes everyone should learn how to make, and, most importantly, the sneaky ingredient he adds to almost every pasta dish.

POPSUGAR: Your wings recipe has Chinese five-spice powder. Can you explain how that seasoning complements Tabasco sauce?
Mario Batali: I think Tabasco brings me pure heat and Southern kind of familiarity, along with the vinegar and the barrel-aged spices. The Chinese five-spice works really well in the quantity that I used. It makes it almost imperceptibly just a little bit sweeter without making it really sweet or really even that Asian flavored. It still accentuates that delicious, rich tang of Tabasco.

PS: What's the best way to season food with Tabasco?
MB: There's three ways to add it, in my opinion. When you use it in the marinade, it kind of infuses everything. When you use it in cooked foods, it changes [the Tabasco flavor] a little bit; it loses a little bit of the bright acid that you love on it, but you get that more cooked heat and chile flavor down. Then when you add just a little bit at the end, what you taste is the spectrum between the cooked chile flavor and the kind of nearly raw, just kind of fermented chile flavor at the end. So you taste the whole distance between those two points. 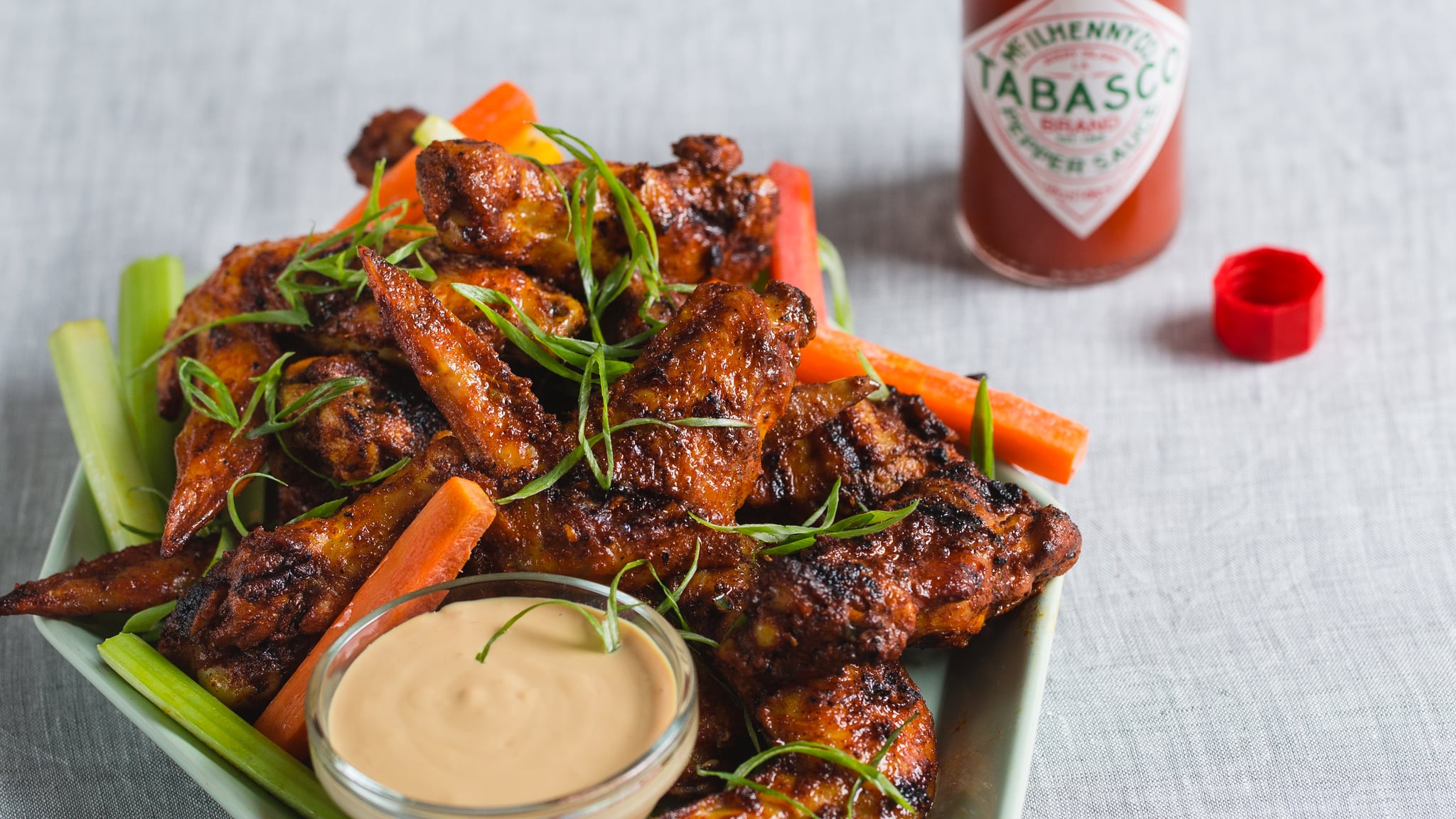 PS: If you accidentally make a recipe too spicy, is there a way to fix it?
MB: I would boil some potatoes and allow them to sit and cook all the way through, then toss them in with the stuff that's too spicy. They'll soak up some of the spice.

PS: What cocktails and drinks best balance out really spicy game-day food?
MB: My favorite thing is always a nice, inexpensive draft beer, but if someone wants something a little more complicated than that, then I'd like a Michelada, which is where I take beer and a little bit of either a spicy or not-so-spicy Bloody Mary, mix it like six to one [ratio], so it's kind of a red beer. For me, I'm also a big fan of margaritas, 'cause I like them to be tangy [and] bright. I like a little sweetness to them, and I don't like them to be that strong. I think too strong wrecks it for me. 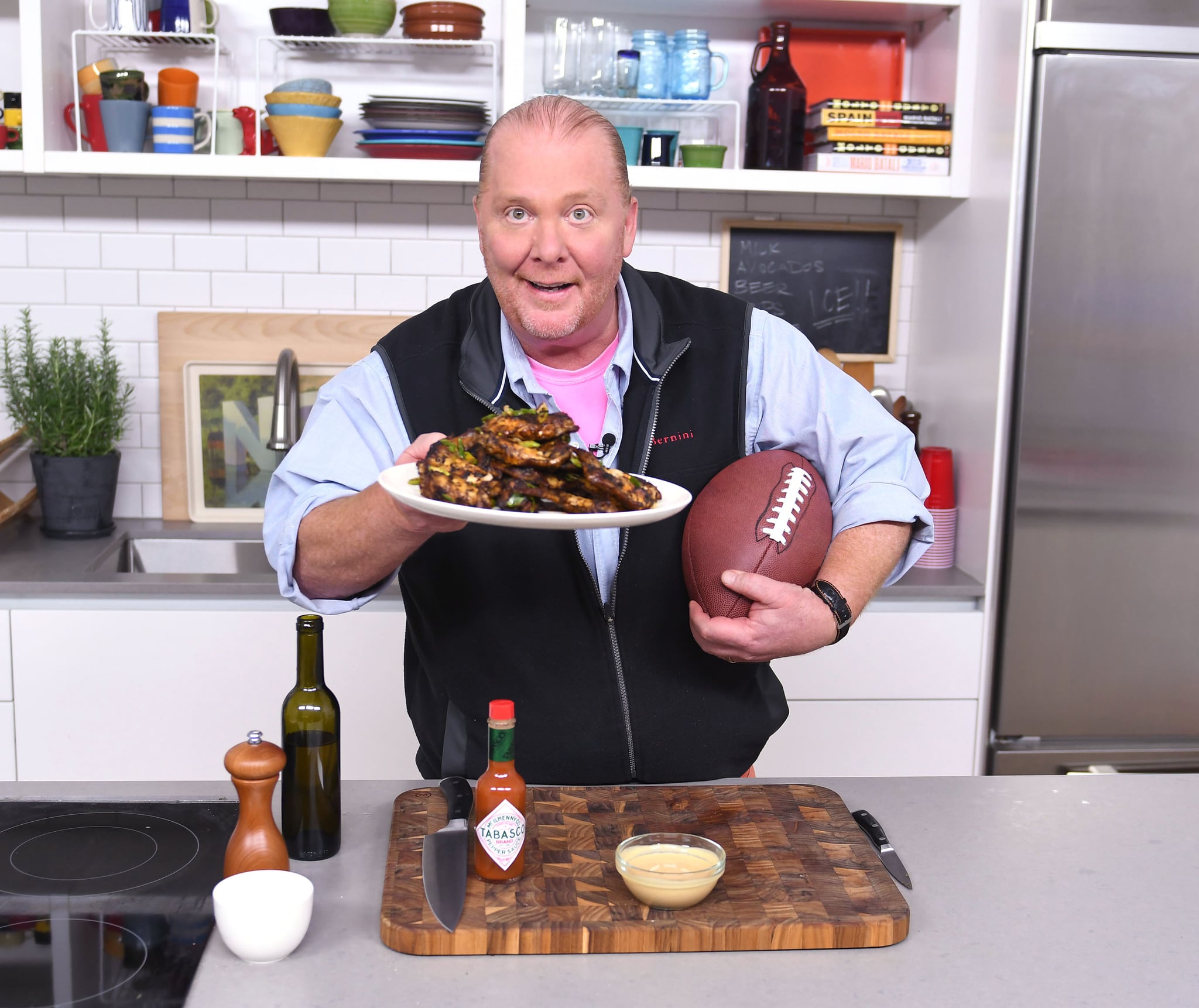 PS: I want to switch gears and ask you about the new Eataly Boston. Which feature are you most excited about?
MB: I'm a big fan of featuring all of the local shellfish and seafood provided. I'm pretty confident that the seafood from the Northeastern Atlantic is one of the most delicious and unique in the country, so that we can represent that in a way that the Italians like to represent things. If you talk to a chef from Pula and you talk to a chef from, say, the Veneto, neither of them would agree on a seafood recipe for zuppa de pesce, because they would only use the fish that [are] local to their regions. [If] we can celebrate that in a way that celebrates our love for New England as well as our love for the Italian culture as well as the American culture, then we've done something that's really good and supporting these fishermen who are doing the right thing in sustainability . . . paying attention to make sure we don't overfish our world.

PS: What is the most surprising ingredient you like to add to your pasta?
MB: I like anchovies, and I don't tell everybody about them. Almost every time, they don't even notice. They just think, "Why is this so good?" and I'm just, "Oh you know, cut meat."

PS: And what ingredient should you never put in pasta?
MB: Cream. I don't put cream in any pasta noodles ever. I would use a little butter, but I don't ever use cream. I might use milk if I was using a touch of milk to make like a lasagna or a baked pasta. But cream? That is totally not the way they do it in Italy, and it's not a very good thing. It's kind of a blanket for flavor.

PS: What was your favorite food memory from 2016?
MB: We went to Zermatt, skiing. The first place we went in the town of Zermatt was a place called Restaurant Du Pont, I believe. It's 200 years old. We had a simple classic Swiss fondue with the local Fendant white wine. It was just like the heavens opened. It was like — oh my God, these people are eating so simply, so delightedly, so traditionally, so regionally. Everything was right and we had skied all day.

Before hanging up, Mario updated us on what else we have to look forward to in 2017. He just opened The Tapas Bar at La Sirena that he hopes will "change the way New York appreciates Spanish food." Mario told us he's planning a second season of Moltissimo, his cooking show on Vice (hopefully his pal Gwyneth Paltrow will join him on one episode). And lastly, Eataly Los Angeles is set to open in May or June, so us West Coasters can finally get our fix! 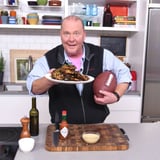 Recipes
How to Re-Create Dishes From "The Bear," Including That Spaghetti Pomodoro
by Victoria Messina 7/29

by Eden Arielle Gordon 29 minutes ago