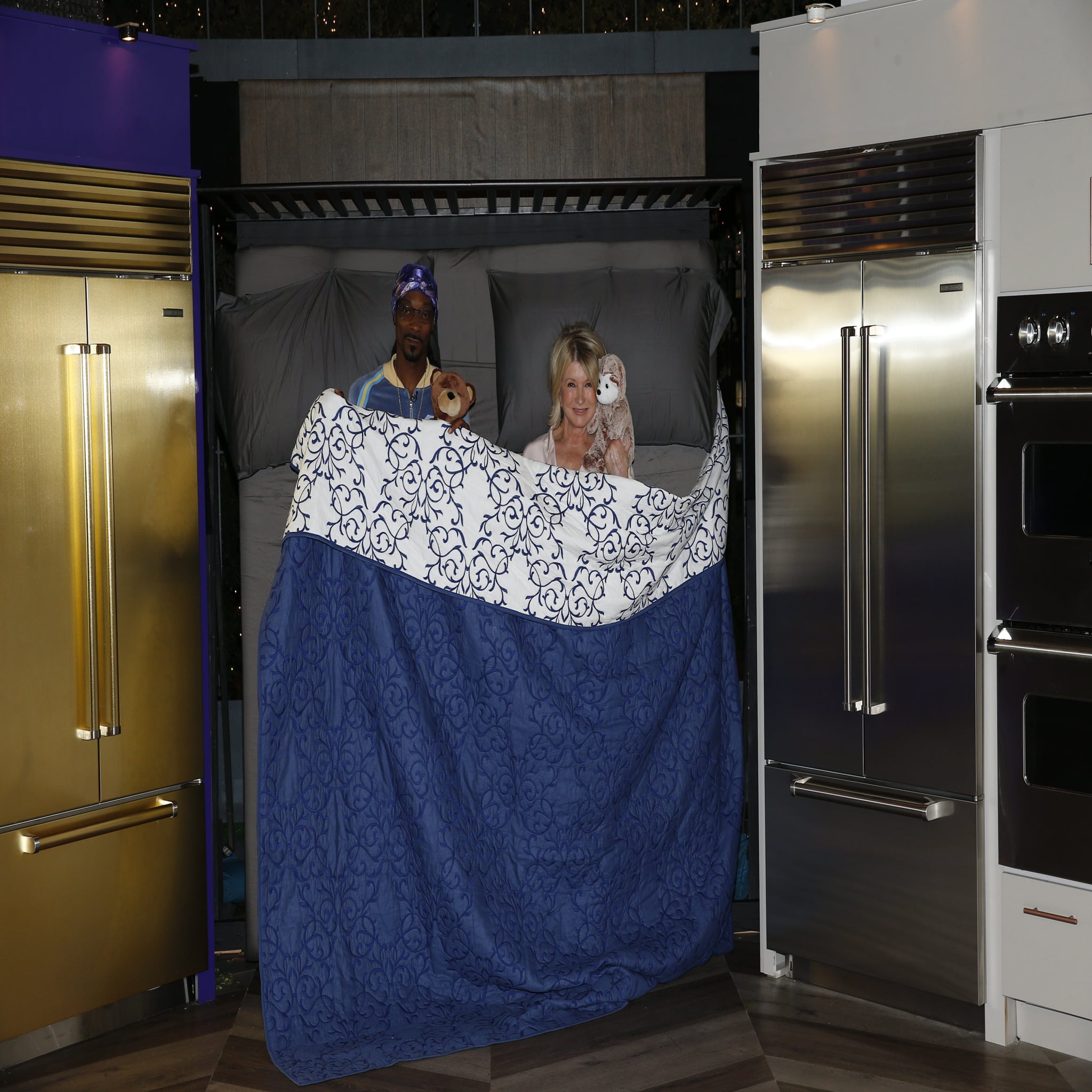 Similar to the widespread love of unlikely pet friendships, Martha Stewart and Snoop Dogg have garnered the attention of millions who can't peel their eyes away from the humorous Martha and Snoop's Potluck Dinner Party, which has recently been picked up for a second season on VH1. Though it's only been in existence for six months, the dream cooking team has been nominated as best duo in this year's MTV Movie & TV Awards, airing May 7. Voting is open to the public, so if you're a megafan, cast your pick now! In the meantime, make Snoop's gin and juice and revisit some of the pair's best TV moments together in GIF form.

Food News
Shocker: Cooking Your Chicken in NyQuil Is an Awful Idea
by Theresa Massony 12 hours ago

Nostalgia
Phat Tuesdays: Look Back at the Black Comedy Renaissance of the '90s
by Chanel Vargas 1 day ago