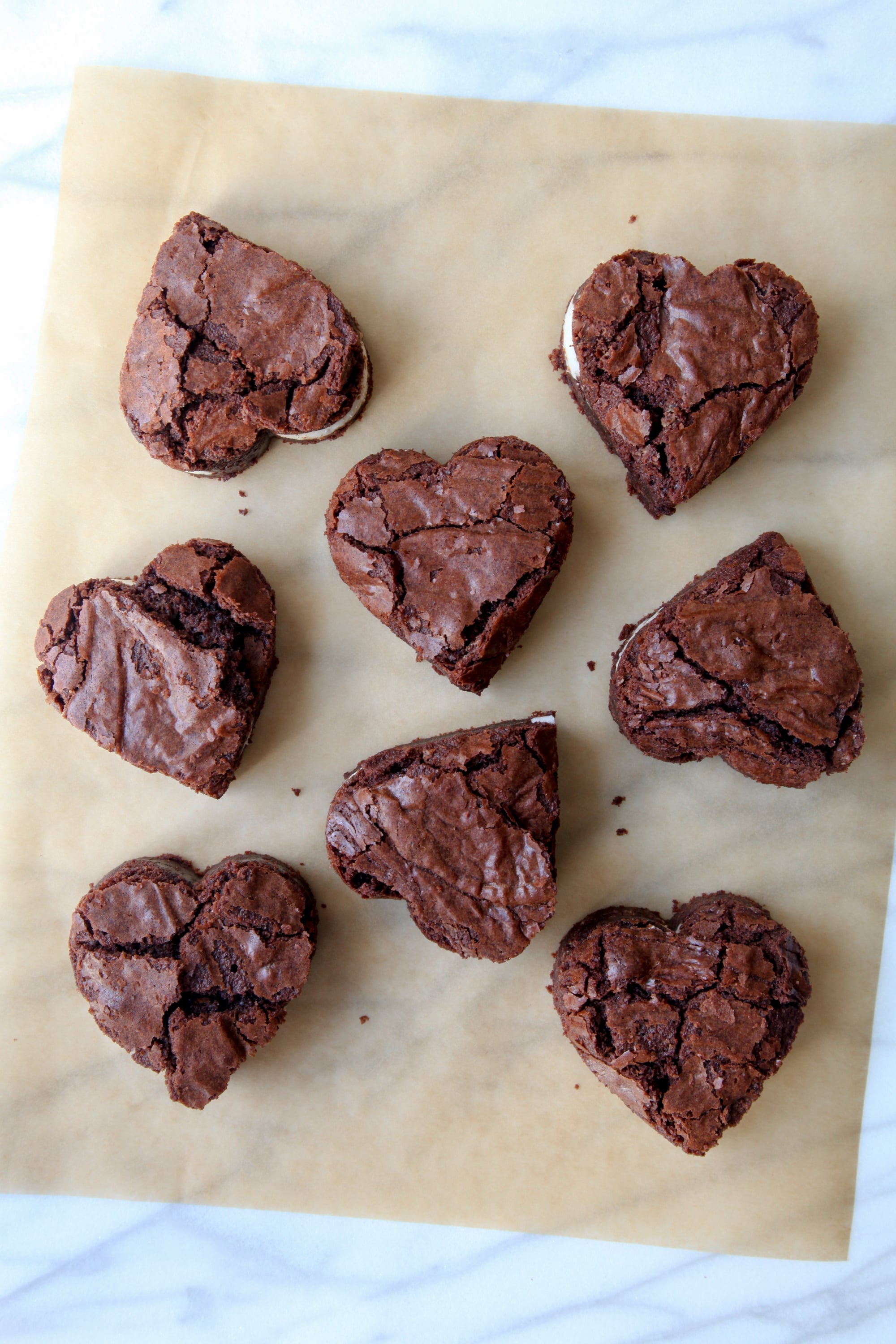 Weird, but true: I did not like chocolate for the first decade and a half of my life — except when combined with a generous hit of mint, like with York Peppermint Patties or Junior Mints. I still am rather particular about chocolate desserts, shunning chocolate chip cookies, chocolate ice cream, and cake. My main weaknesses: fudge and intensely chocolaty brownies. This ridiculously decadent recipe combines my two loves, tucking nuggets of minty fondant inside the richest brownies I've ever tried.

If you, or a loved one, are particularly fond of the combination of mint and chocolate, this is the recipe you should make this Valentine's Day. With a just-right balance between bittersweet chocolate and minty freshness, they are pretty fabulous.

A few quick notes: do not be tempted, like I was the first time I tried out this idea, to tinker with the brownie batter itself, adding peppermint extract in addition to or in lieu of the vanilla. While vanilla extract might sound odd in a mint brownie, these brownies do not taste like vanilla per se. Rather, the vanilla rounds out the chocolate flavor. Peppermint extract messes with the balance, making it too minty overall. Also, do know that your brownies will stamp out into rustic, not perfect, hearts, as you can see in the pictures. If you are the type of person who would be bothered by this, consider cutting these the standard way: into squares.

I used the third-largest cookie cutter in this set. While not pretty, the brownie scraps are quite tasty and can be snacked on or used in a trifle, a milkshake, or other dessert where the aesthetics of the brownie pieces are not important. Alternatively, cut the brownies into squares. For cleaner-edged brownies (they still won't be perfect), bake the brownies 5-10 minutes longer, but know that this will result in cakey rather than fudgy brownies (this is not my recommendation, flavor-wise). 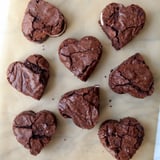 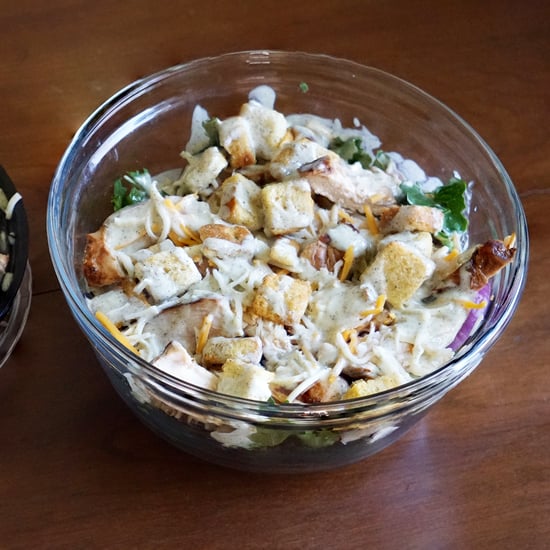 Food Reviews
Can’t Make it to 81st Deli? Here's How to Re-Create Their TikTok Viral Chicken Salad
by Kalea Martín 22 hours ago