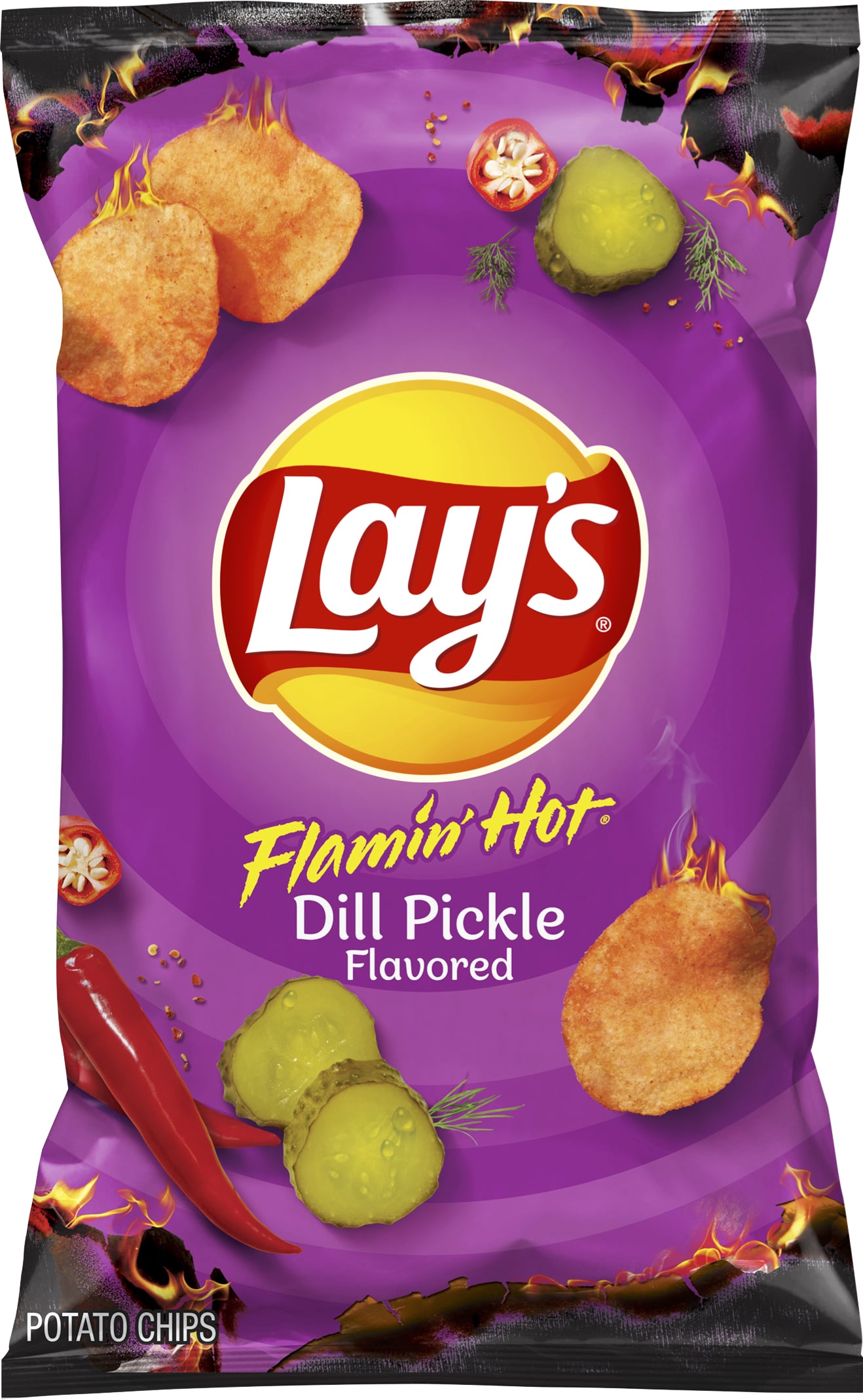 It looks like Lay's Flamin' Hot Dill Pickle chips are here for a good time and a long time. The zesty flavor was initially released as part of Lay's "Turn Up the Flavor" campaign, and as of Sept. 9, it's a permanent flavor now available on store shelves. When Lay's first dropped the tangy-meets-spicy chips earlier this year for a limited time, they were met with a mix of intrigue and suspicion. But as more and more potato chip lovers took the plunge and tried 'em out, they quickly became a fan favorite.

Lay's Flamin' Hot Dill Pickle chips are now packaged in a redesigned purple bag that features images of red chili peppers and pickle slices, in addition to chips engulfed in flames as a literal interpretation of the spiciness. I don't know about you, but my taste buds are quivering with anticipation just knowing I now have access to these chips any time a random pickle-flavored chip hankering strikes, which happens more often than I'd like to admit.

Food News
Is the Social Omnivore Lifestyle for You?
by Kalea Martín 2 hours ago