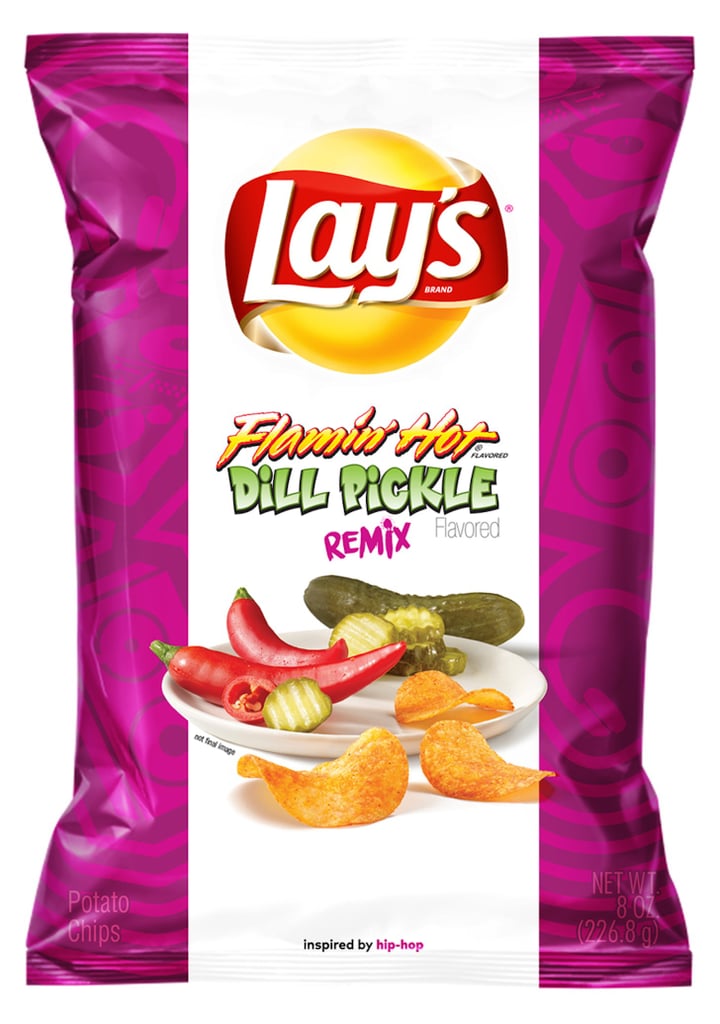 Lay's Is Releasing a Flamin' Hot Dill Pickle Flavor, and I'm Weirdly Into It

Lay's has been known to introduce fans to some pretty out-of-the-box potato chip flavors in the past, so if you're wondering if I was surprised to see that the brand is releasing a Flamin' Hot Dill Pickle flavor next month, the answer would be no. The exciting new chip is a product of Lay's new "Turn Up the Flavor" program, which is rolling out three brand-new flavors inspired by the most popular genres of music: pop, hip-hop, and rock.

Flamin' Hot Dill Pickle chips were designed to mimic the "distinct beats and spicy lyrics" of hip-hop, while the two other newbies, Wavy Electric Lime Sea Salt and Kettle Cooked Classic Beer Cheese, were inspired by pop and rock, respectively. Each flavor will be available in stores nationwide beginning on March 4 for a limited time. Read ahead to get a better look at the flavors and their packaging.

Related:
Lay's Fried Pickles With Ranch Chips Are Back on Shelves, So Keep Crunchin' On!
Previous Next Start Slideshow
Food NewsLay'sChipsJunk FoodSnacks