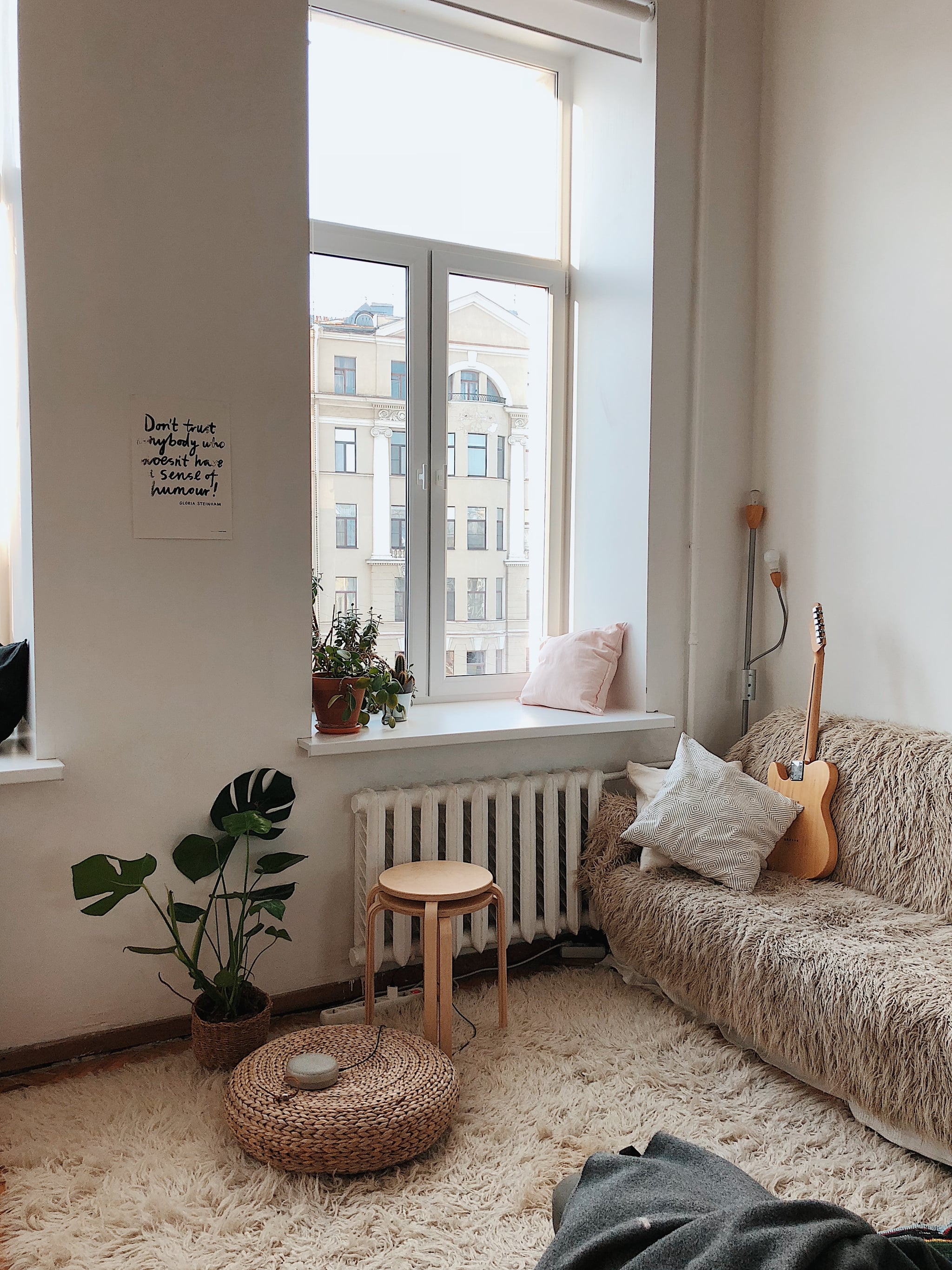 I'll be honest — I never thought I would be the type of person who enjoyed living alone. Since I've always loved being around other people, the thought of renting an apartment on my own sounded isolating and lonely. All four years of college, I shared a roof with either two or three other girls, and after I graduated, I moved in with my then-boyfriend and his brother. I always had someone to talk to, eat dinner with, and make me feel more secure if I heard strange noises in the middle of the night.

The following year, I signed a 13-month lease on a one-bedroom apartment with the same boyfriend, thinking if we got a place of our own, some of the issues in our relationship would dissipate. Not even four weeks elapsed before it became painfully clear — this wasn't where I wanted to be. And not the apartment, but the relationship. Maybe it was out of guilt, but when I finally gathered up the courage to break things off, I let him be the one to move out.

I'll never forget that feeling. I was 23 and freshly single, and not only was I stuck for another 12 months in an apartment I couldn't afford on my own, but I was now living by myself — something I swore I never had a desire to do. Over the course of the next year, I would surprise myself, not only with my ability to change a hard-to-reach light bulb or investigate late-night noises, but also with my own capability and courage. And 12 months later, I knew I was a stronger and more independent woman than the girl who signed the lease.

I firmly believe every woman should experience living alone at least once in her life. Here's why.

1. Being Alone Didn't Mean I Was Lonely

I was accustomed to coming home to someone and almost always having a breakfast buddy on the weekends. I assumed that walking through the door of an empty apartment would feel lonesome, and I feared the sound of silence. I actually spent the first few nights of my solitary living situation at my best friend's house, not yet ready to tackle a night on my own. When I finally gathered the courage to go all in, I realized that a one-bedroom apartment wasn't a jail cell. If I wanted to be surrounded by people, I invited friends over or met them out. I blared music when I was cooking or doing chores. I found that I could still have standing breakfast dates when I wanted them, but I also quickly learned that breakfast for one wasn't so bad, either. Feeling "lonely" rarely happened; I saw people when I wanted, and I stayed in when I chose to be alone.

2. I Learned to Face My Fears

I've always been someone who jumps at the tiniest creak in the middle of the night. To be totally candid, even as an adult, I thought I wouldn't be able to sleep if I didn't have someone else under the same roof. During the first few nights, I didn't sleep very well, and I must have checked under the bed or behind the shower curtain at least 10 times each. As it turned out, I just needed a little practice, and the fear of sleeping alone did eventually go away. After a couple anxious nights, I put on my big-girl pants, bought a nightlight, dead-bolted my door, and slept soundly.

3. I Felt Empowered and Self-Sufficient

This apartment was beautiful and a huge step above my college accommodations (no community beer pong table in the common area), but I only chose it because I thought I would have someone to split the expense. When I took over the lease, I had no idea how I would manage the high rent on my (very) meager salary. I was forced to figure it out, and I did. I created a budget for the first time in my life and got a second job working nights in a clothing store. Not only was I able to afford the rent, I was even able to shuffle money away each month into a savings account. I came home every night, looked around at the home I created, and felt proud.

4. I Learned How to Take Care of Myself

In the past, anytime my shower was clogged or I bought a new piece of furniture that needed assembly, there was always someone else present to help. When I bought a new bed right after my boyfriend moved out, I called a couple male friends to help, but it was the middle of the day and no one was free. Rather than wait, I decided to roll up my sleeves and figure out how to put it together myself. And I did it! Yes, I used piles of folded t-shirts to hold the frame upright while I tightened the screws, but I pulled it off. Honestly, I'll never forget that sense of accomplishment. I once thought I needed help with any laborious tasks around the house, but I learned that I was perfectly capable of handling most of them on my own.

Every single closet, cabinet, and storage space was absolutely mine, and there was no one around to tell me that I owned too many pairs of shoes.

6. I Got to Know (and Love) Myself Better

I'm not sure why the prospect of spending more time with myself intimidated me. I learned that I was a pretty damn awesome person to hang out with. I also began to spend more time doing things to better myself — writing creatively, reading more books, taking online classes, even meditating. At a time in my life marked by confusion and uncertainty, I developed a deeper sense of love and awareness with myself.