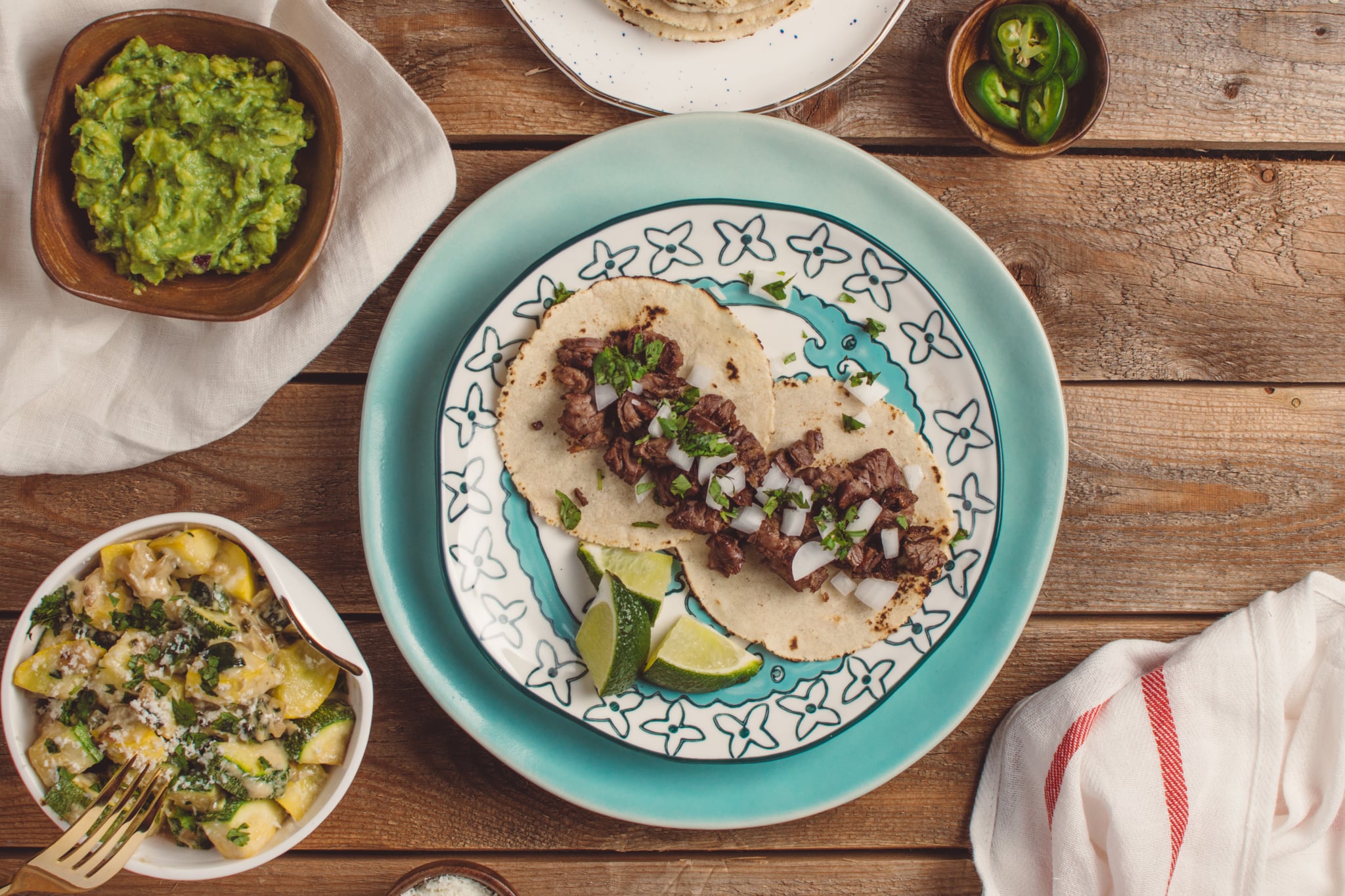 I can't say I've always been the most adventurous eater. Growing up, I often stayed in the safety net of my picky-eater-approved dishes. For me, Mexican and Salvadorian food have always been my safety net. I felt most connected to my Latinx heritage though food — there were no prerequisites to understanding how to make and enjoy it, and I did so fully. I rarely encountered a dish I didn't like: tamales, pupusas, tacos. They all passed the test. It was my comfort food, and I never had to think twice before digging in.

There was one dish in particular I'd been stubborn about trying, though: lengua. Otherwise known as beef tongue, the dish sounded about as appealing to me as eating my own shoe. A cow's tongue? You want me to eat that? And not as a punishment? I couldn't imagine why anyone would voluntarily try it, let alone enjoy it. But aside from the handful of times I'd seen it on a menu or on my dad's plate, I can't say it really crossed my mind all that often. My dad, on the other hand, had a different idea.

He'd caught onto my picky ways rather quickly, deciding one evening to put my palate to the test. We had family dinner at Abuelito's house as we'd usually do. I piled the rice and stewed meat he'd served onto my plate excitedly — my Abuelito had made it, and I always teased that he was a much better cook than my dad. With a heavy plate, I sauntered back to the kid's table with my cousins, ready to scarf down what smelled absolutely delicious. And it was, as usual. The meat was tender and flavorful, perfect to scoop up in a tortilla. I enjoyed it so much I went back for seconds. Apparently in my eagerness to chow down on another taco, I'd missed the knowing looks going around at the grown-ups' table, followed by the eruption of laughter as I left the room.

Related:
15 Irresistible Empanada Recipes You Should Try Making at Home

I didn't think about it again until the drive home, stomach full and happy. I'd been half listening to the music on the radio and half eavesdropping on my parents' conversation, not taking much interest in either. But a particular phrased piqued my interest, something about dinner and lengua. I'd never been the best at Spanish, but I'd recognized the phrase. Lengua, why do I know that? Is it something about language? My tongue? Oh. I ate cow's tongue.

There are few times I've seen my dad laugh as hard as he did when I finally pieced it together. I considered how fast I could run into the house and brush whatever remnants were left of it from my teeth when I realized that maybe, I possibly liked it. Just a little. It's hard to deny going back for seconds, so I begrudgingly admitted that maybe it was kind of, sort of, really good.

While the experience of that dinner still makes me shoot a glare in my dad's direction, it does often come to mind when I'm trying new foods, especially those of other cultures. It's intimidating to try something you're unfamiliar with — I still to this day am guilty of asking a billion questions about how something tastes or what it's like before I finally try it myself. I, for instance, love Chinese dim sum, but it can be a bit overwhelming to skim through a menu of options I can barely pronounce and see carts full of dishes unfamiliar to me. But it's often been in those times where I see something interesting I've never tried before and give it a shot, that I discover some of my favorite dishes. More often than not, my dad is the one suggesting we give it a go.

Food is still one of the biggest ways I feel connected to my own heritage. I don't need to be fluent in Spanish or to have grown up in El Salvador to appreciate a good slice of semita de piña. The love of chicken tamales at our Christmas Eve parties connects generations, born both abroad and in the US. I've found that food has a way of making a culture — be it my own or otherwise — feel accessible. And while I'm still stubborn to admit my dad's trick on me worked, I don't think I'd be as willing and open to step out of my comfort zone without it.