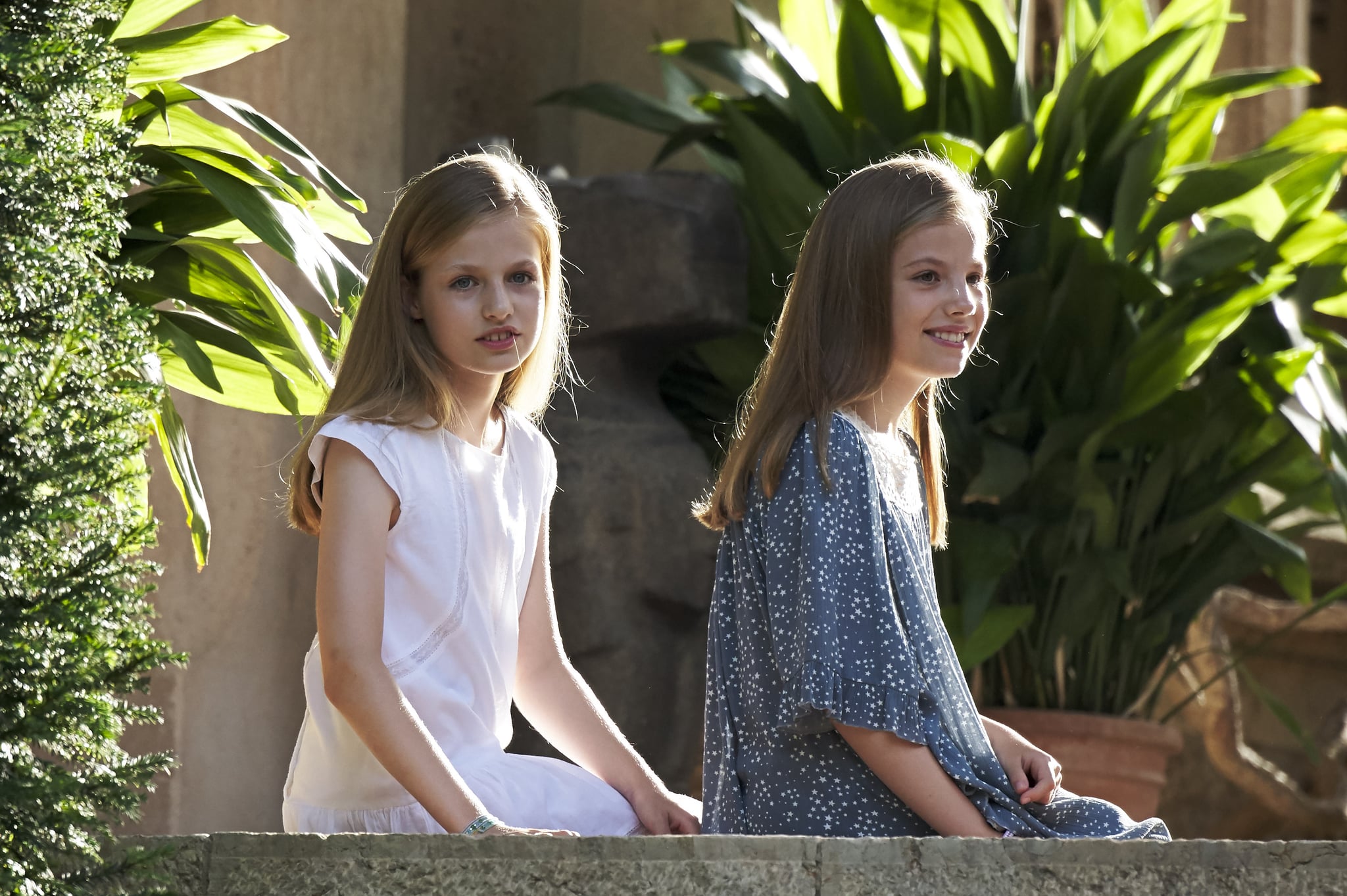 If you have your own kids, you know coming up with the perfect name is a lot of pressure. Now imagine having to name two members of the royal family. Lucky for King Felipe VI and Queen Letizia, all they had to do was look back at their family lineage to find the perfect names for their two daughters, Princess Leonor and Infanta Sofía.

Back on Halloween 2005, the king and queen settled on the name Leonor for the future queen of Spain. Felipe VI has said the moniker has always been one of his favorites, and with good reason. Princess Leonor will not be the first queen of her name. Before her came Leonor of England, who ruled in the XII century (and passed away on Oct. 31, 1214) after marrying Alfonso VIII of Castilla. That queen also had a child named Leonor, known as Leonor of Castilla, who married King James I of Aragon.

In the 1400s, there was a third Queen Leonor, ruler of Navarro, daughter of King John II of Aragon and Queen Blanche I of Navarre. Sadly, the queen only ruled for two weeks before passing away at age 53 in 1479.

Related:
Everything You Need to Know About Queen Letizia of Spain's Incredible Wedding Gown

On April 29, 2007, Infanta Sofía was born in Madrid via C-section. Her name was less of a surprise than her older sister's since she's named after her grandmother Queen Sofía, wife of King Juan Carlos I, who didn't know her granddaughter would be named after her until the announcement was made. The infanta's moniker (the title "infanta" means legitimate daughter to the king but not heiress to the throne) honors Queen Sofía's Greek heritage — she's the daughter of King Paul of Greece — and means wisdom.

Related:
This Is What King Felipe VI and Queen Letizia of Spain's Coronation Was Like
Image Source: Getty
Queen LetiziaThe RoyalsCelebrity KidsCelebrity Facts