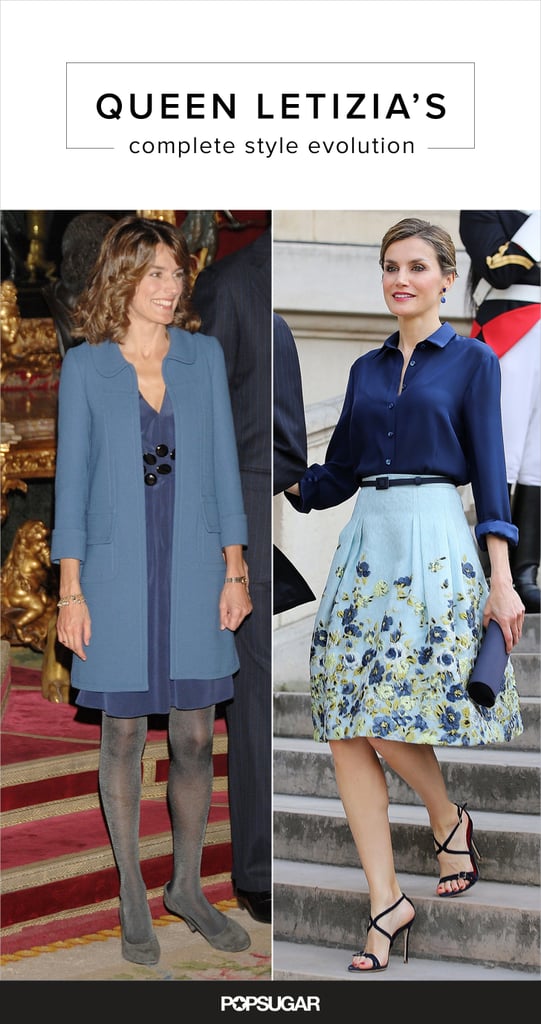 From Her Engagement to 2018, This Is Queen Letizia of Spain's Style Evolution

There's a clear difference in Queen Letizia of Spain's style from the moment it was first announced that the TV reporter (then known as Letizia Ortiz) was engaged to Prince Felipe, back in 2003, to today. During her first years as princess of Spain, Letizia kept a conservative look, wearing pantsuits, high necklines, and demure gowns, much like she did during her journalist days. But in the past couple of years, the queen has taken more risks, giving her style a modern turn in body-hugging dresses, printed skirts and pants, and Disney-worthy gowns. See the royal's transformation ahead, then check out her best moments with the king.