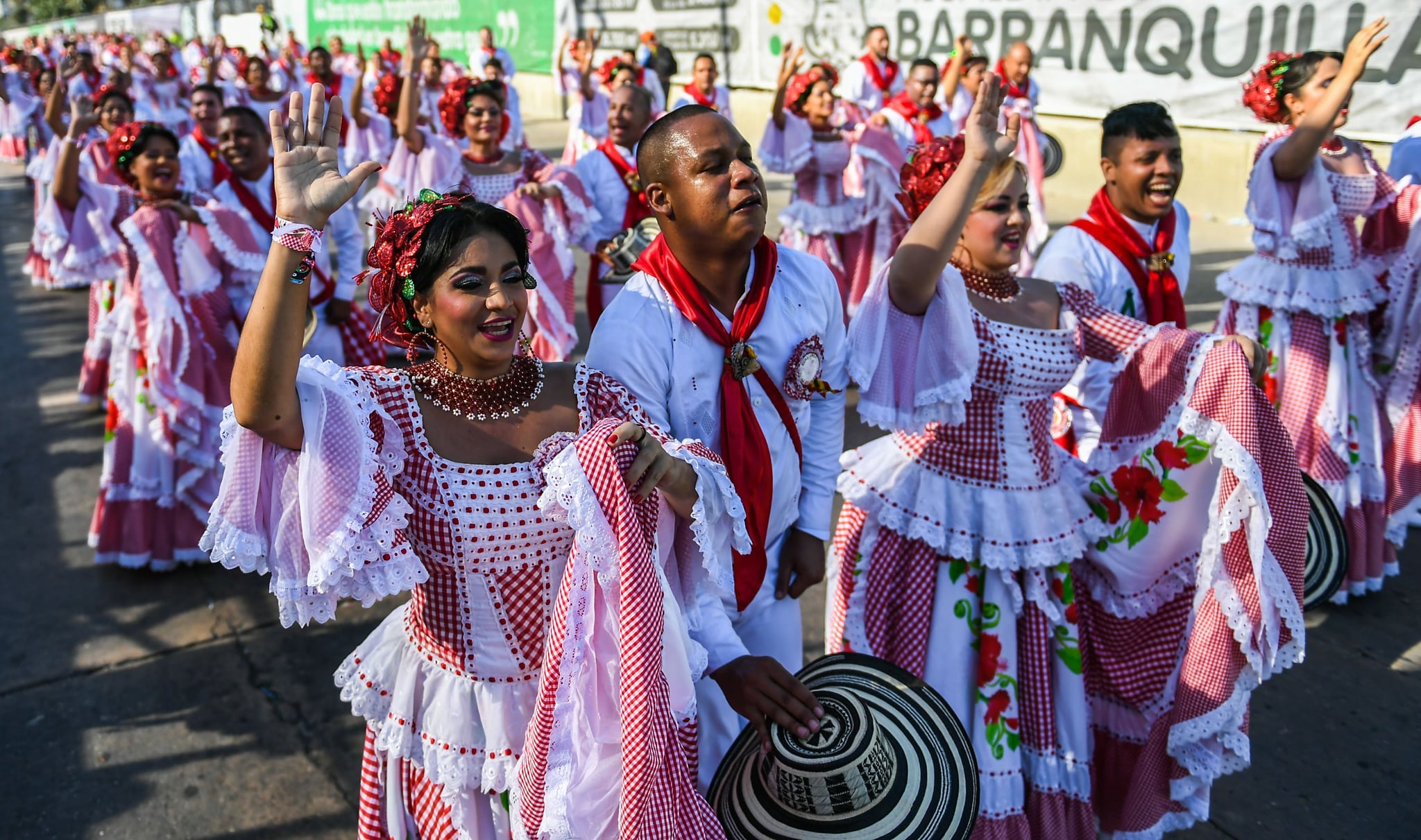 There is a place in Colombia, hugged by both a fruitful river and the charismatic movement of the Caribbean Sea. A city of immigrants, dreamers, and workers that centuries ago decided that for four days of the year the population would leave their worries behind and immerse themselves in a state of joy, colors, and dance. The ecstasy of it would last long enough to carry them through the rest of the year. That's Barranquilla during Carnaval.

Countries and cities around the world celebrate their own version of Carnaval. Brazil, Venice, Barbados, Gran Canaria — all of them are unique, different, and full of beautiful traditions that would make locals claim their own as the best in the world.

I can relate to that feeling, because to me, the Carnaval de Barranquilla is the most spectacular and happiest festivity there is. It also helps that its uniqueness lies in its people, the oral traditions, and the way they are passed on and preserved from one generation to the other, highlighting the details that make us stand out.

Like any other Carnaval, the festivities in Barranquilla originated from pagan ceremonies and an unusual mix that happened in Colombia: that of Spanish colonizers, indigenous communities, and descendants of slaves brought from Africa during colonization.

As a result, the cultural expressions we see in Carnaval even to this day come from diverse sources of inspiration: African and Amerindian dances, a European "royalty" system, and an array of music and excess that allows the people in Barranquilla to blow off some steam just ahead of Lent, a crucial date in the Catholic calendar. 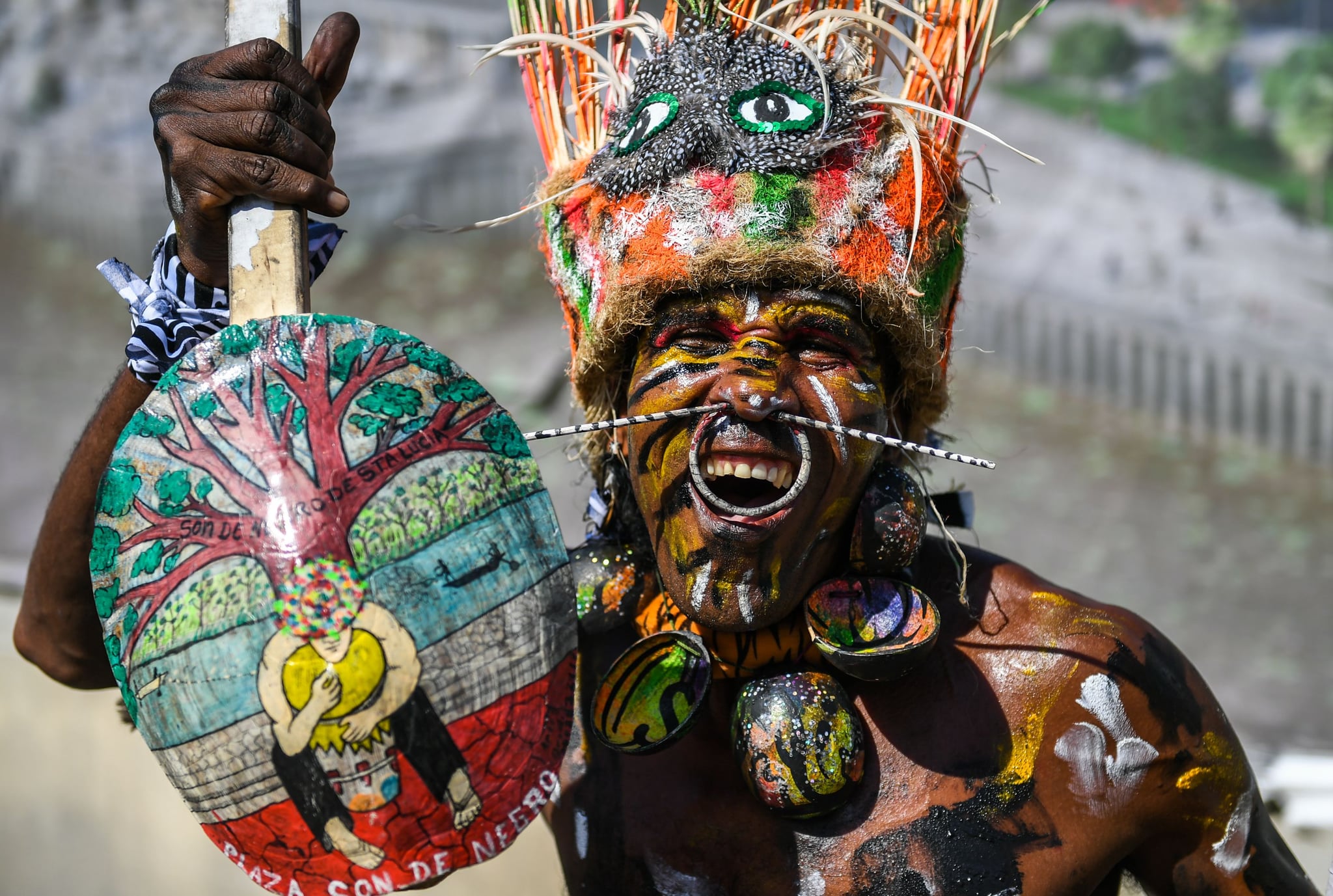 The Carnaval de Barranquilla consists of a four-day holiday, from Saturday to Tuesday, with each day dedicated to different events. All of these events are led by the Reina del Carnaval (Carnival Queen), a young woman usually appointed six months before the event, who has dreamed her entire life about becoming the central figure of the festivities.

Alongside, there is a royal court: the Rey Momo (King Momo), usually an experienced man that has a legacy of contribution to the traditions (for instance, a founder of a dance group, a mentor of a cultural initiative, or a scholar); another queen, representing the most popular sectors in the city; and, of course, the keepers of the tradition — the queen and king of the kids. 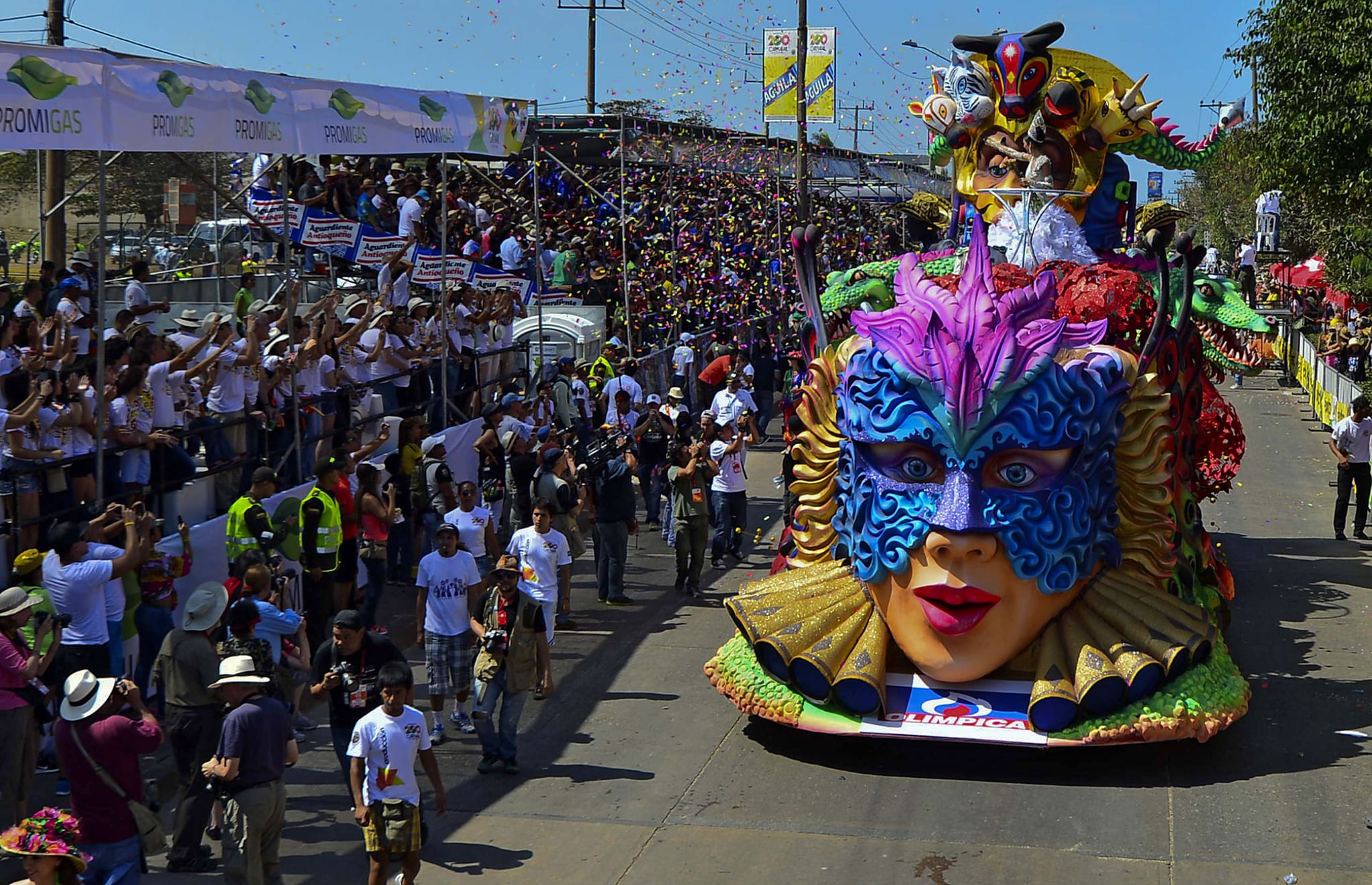 This court leads the celebrations. Saturday is the biggest and most important day of them all, beginning with the Batalla de Flores (Battle of Flowers), a spectacular parade in which the people from Barranquilla experience the craftsmanship of expert artists who decorate floats with references to traditions or current situations of the country. These floats carry singers, actors, and celebrities who come to town for the festivities.

Sunday is the day of tradition, featuring the Gran Parada de Tradición (Great Parade of Tradition), a parade that presents the most traditional dances and expressions of Carnaval, all competing for the Congo de Oro, an award that recognizes the best performers each year — those who put their heart and soul into those three miles where the parade takes place under the Caribbean sun.

On Monday, dances inspired by fantasy or foreign rhythms are celebrated in the Gran Parada de Fantasía (Great Parade of Fantasy), all happening on the Vía 40, also known as "El Cumbiódromo," named after the cumbia, one of the most traditional dances in the region.

All of these events happen during the day, but that doesn't mean people go to sleep the minute they're over. Every night there are concerts, street parties, open events, and other celebrations you cannot escape when you're in Barranquilla for Carnaval.

Every Carnaval also comes with a whole set of images and fictional characters. The most important in Barranquilla is Joselito, a man who personifies Carnaval, who eats, drinks, and dances until sunset on the last day, Tuesday, when he "dies." This day marks the end of the festivities, and Joselito is buried as a symbol of this end, with a parade of widows — led by the queen — who will wait for him until the next year. 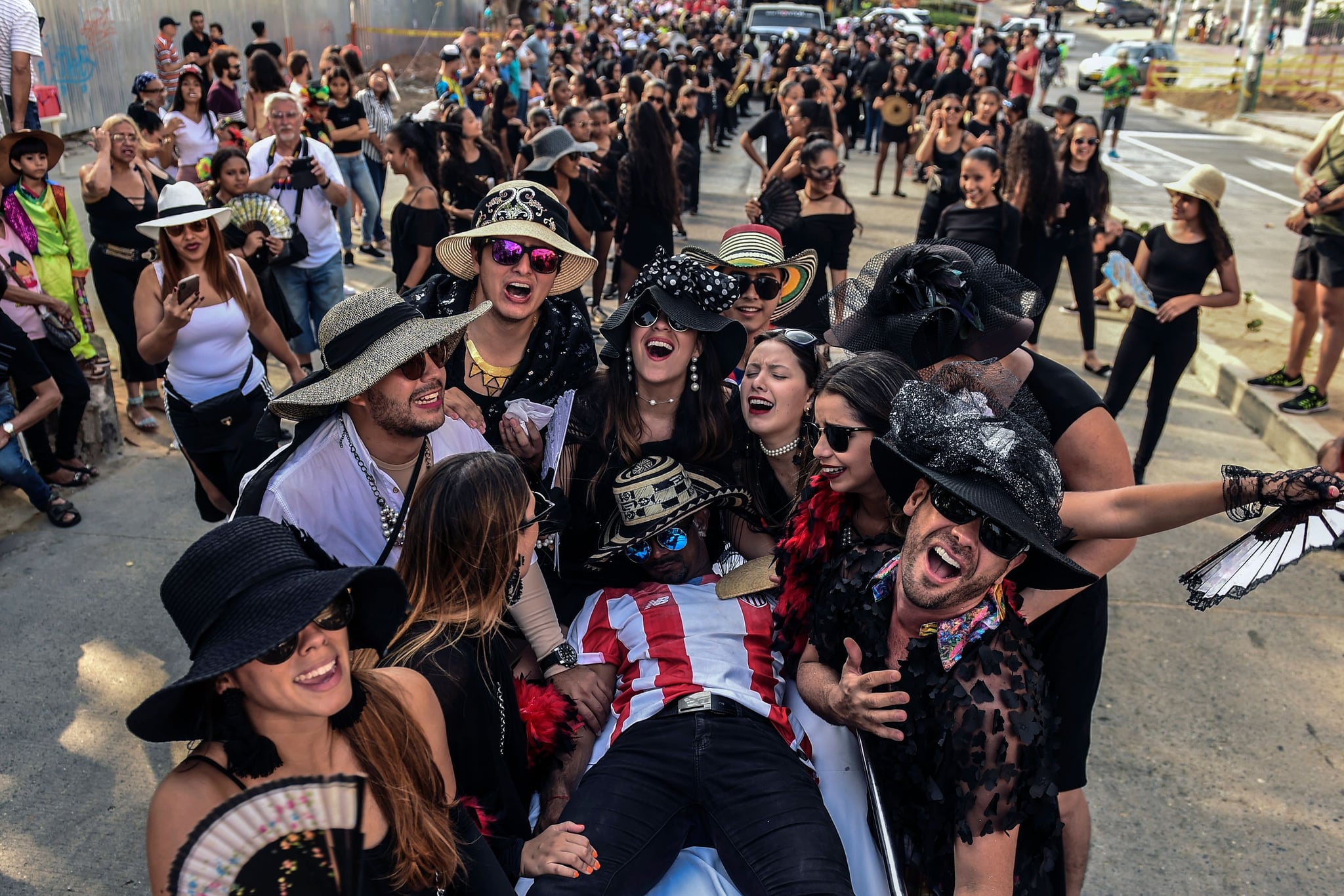 The Death of Joselito

The Carnaval de Barranquilla is the second-largest carnival in the world. It has been declared a Masterpiece of the Oral and Intangible Heritage of Humanity by UNESCO. Even though it might not have all the feathers and sparkles of other carnivals, every dance, every costume, and every action has a meaning. It is a system that represents all parts of our identity: African, indigenous, European.

In theory, the Carnaval de Barranquilla lasts four days every year. In reality, it never stops. For anybody from Barranquilla, it is a necessary part of our identity, it goes with us wherever we go. It went with Shakira to the Super Bowl; it came with me to New York City, where my Colombian friends and I celebrate a party so we don't miss being away from home; and it is also in the air, permeating every one of our celebrations, our cultural expressions, our lives. It is not easy to explain how something that seems so shallow is such a big part of one's life. Which is why you have to go and see it for yourself. Because, like we say at home, quien lo vive es quien lo goza.