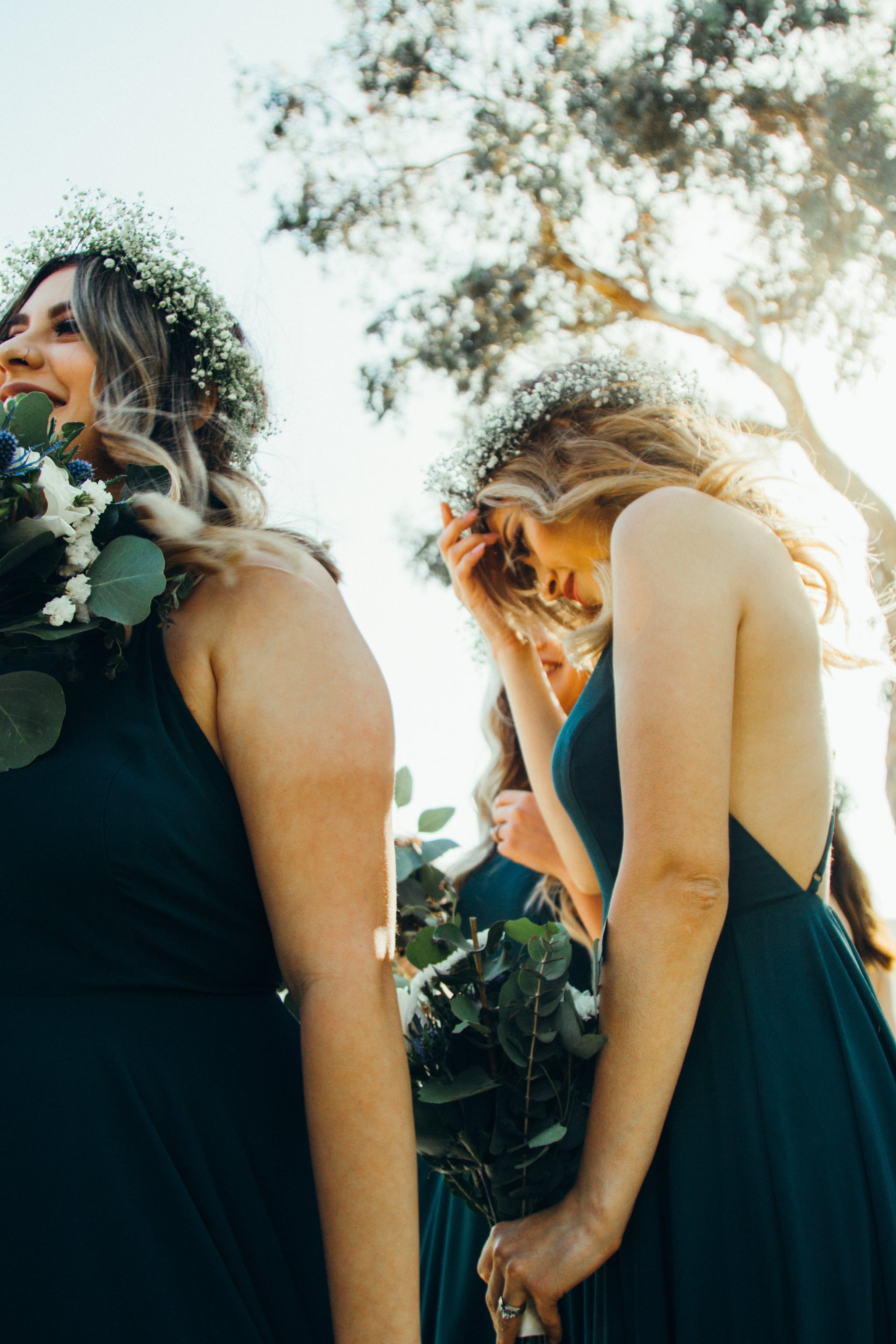 Being asked to be in someone's wedding is usually an amazing moment. I remember when my sister presented me with a hand-designed card that read, "Will you be my matron of honor?" I cried. Like, ugly cried. My best friend's bridesmaid proposal likewise left me in tears. I felt so special and excited to stand next to her on the most important day of her life. But then there was the time a friend, whom I didn't even think would invite me to her wedding, let alone ask me to be in it, hit me with, "I want you to be my maid of honor!" Um, huh? What? I wanted to sink through the floor. Because I figured I couldn't say "no." Yet, given how big of a time and financial commitment it is to be in a person's wedding, that's exactly what I wanted to do.

Unfortunately, since I worried about hurting her feelings, I said "yes." And guess what? Predictably, I regretted my decision. I ended up spending way more money than I could, and was forced to take time off from work to participate in the obligatory bachelorette festivities, the bridal shower, several wedding dress fittings, the rehearsal dinner, and of course, the wedding itself. Worst of all was that the bride-to-be acted ungrateful for everything I did. Why didn't I just go with my gut?

Related:
This Is Exactly Who You Should Invite to a Bridal Shower

To solidify the fact that I had indeed made a mistake by putting someone I wasn't even that close with first and not thinking of my own happiness and mental health, I asked wedding etiquette experts if saying "no" to being a bridesmaid is actually OK. Jessica Garda, a wedding event planner from Pittsburgh, tells POPSUGAR, "I get that the idea of saying 'no' to being a bridesmaid terrifies most people, but the simple fact is that sometimes you need to say 'no.' Being a bridesmaid can be a huge commitment!"

She suggests talking to the bride about what her expectations are for the role: "Are they just expecting you to walk down the aisle and stand next to them? Or do they want you to plan all the pre-wedding events and spend potentially thousands of dollars on a dress, showers, and bachelorette parties?" Once you understand what being a bridesmaid will entail, Garda says it's perfectly reasonable to decline.

Um, but how? And without offending them or ruining your relationship? "Start by telling them how honored and touched you are that they asked you," she advises. "Then be honest about why you're saying 'no.' Try saying, 'This is huge responsibility and I don't think I have the time to fully commit to it.' Or, 'I'm just not in a place to afford all these expenses.'" Reasons to say "no" can be more personal, like if you just got divorced or suffered a loss in your family, but honesty is always the best policy.

Related:
95 Wedding Favors Your Guests Will Actually Use

Amber Anderson, from Refine For Wedding Planners, also offered this advice to POPSUGAR, saying, "You can absolutely say 'no' to being a bridesmaid and at times, it's actually the most loving thing to do. No one wants a wedding attendant that isn't fully committed, so it's important to take it all into consideration." She adds it can be helpful to tell the person that you're still so excited to support and celebrate them.

Phrasing your decision to say "no" so that's it's about the bride and not you is also a really good way to go. Krista Ostrander, Wedding Specialist on behalf of The Reeds at Shelter Haven in Stone Harbor, NJ, offers up this suggestion: "Instead of saying, 'It will cost too much,' you might say, 'With starting my new job, money is really tight right now, and I would be uncomfortable being unable to contribute the same way as the rest of the group when it came to all of the special plans you deserve to have be a part of this adventure.' Or, you can say, 'With the previous commitments I already have, I worry that my schedule will really hinder what the group is trying to plan, and I don't want to put a damper on any of your wedding-related events.'"

Related:
Having a Destination Wedding? Here's How to Make Your Marriage Legal in the US

From there, it's up to the bride to graciously accept your decision. My advice: Stick to your guns! Don't allow the person to convince you to change your mind, because you may end up back at square one, wishing you could say "no." As Jen Avey from Destination Weddings Travel Group told POPSUGAR, "It's better to say 'no' upfront than to say 'yes' and then back out later on in the planning process. A last-minute change of heart could do more damage to your relationship than if you were to just decline in the first place."

In the end, I only wish I'd known how to politely decline the invitation to be a bridesmaid. Because no one wins if a bridesmaid is standing at the alter on a bride's big day, secretly not wanting to be there.