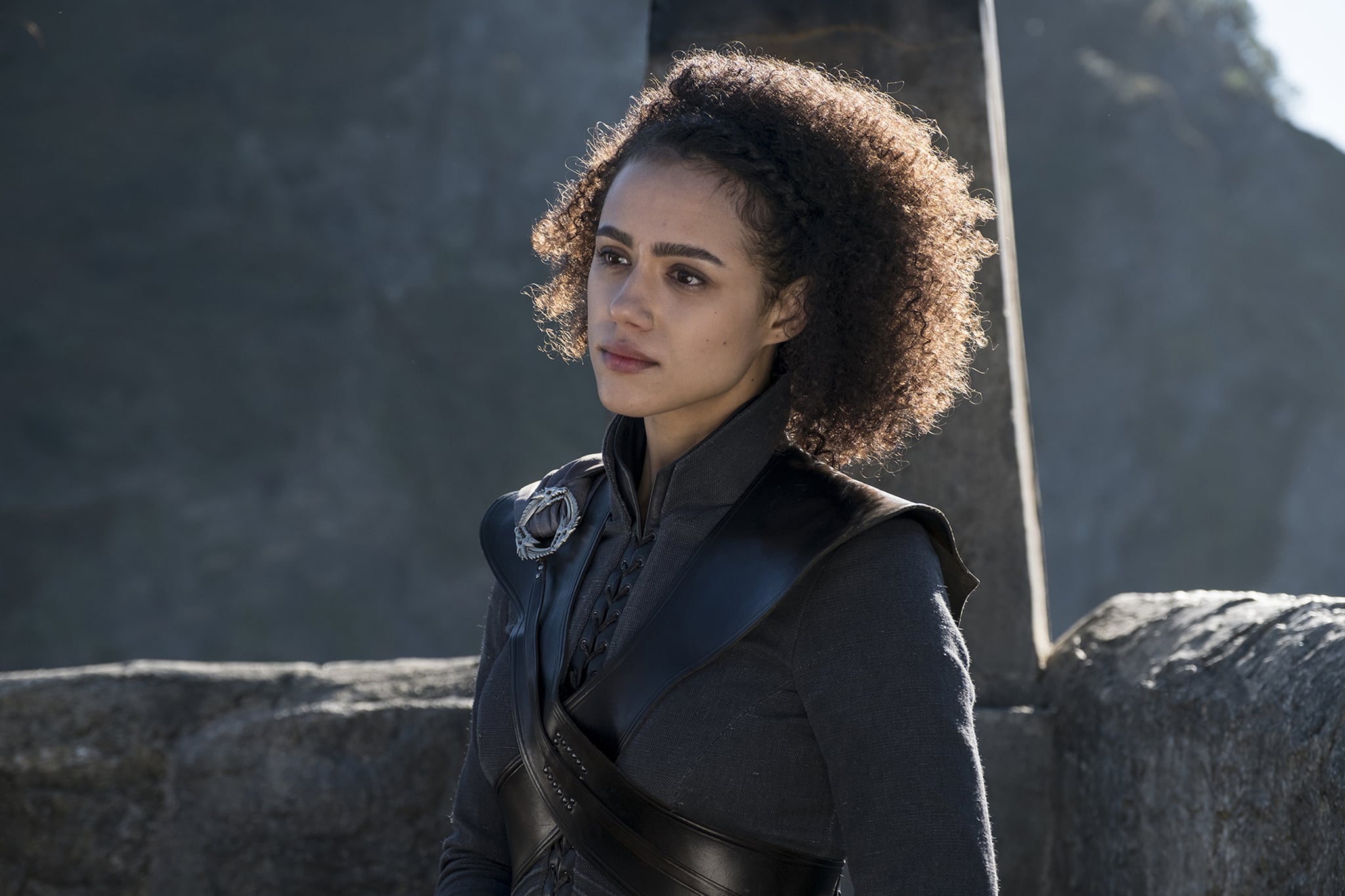 Spoilers for Game of Thrones Season seven, episode two ahead!

Sex in the Game of Thrones universe doesn't usually strike an empowering tone. Historically, the show treats it as a device to gain power, an act that's based solely around male desire, or something that's just incredibly violent and nonconsensual — meaning it's actually rape, not sex. For that reason, I tried to keep my expectations for the way GOT might handle an eventual hookup between Missandei and Grey Worm, my favorite duo on the show, extremely low.

But in complete contrast to what I expected, Missandei and Grey Worm's sex scene in "Stormborn," the second episode of season seven, truly delivers. It unfolds as an onscreen display of mutual respect, caring, and admiration between two equal parties; it is an all-too-rare display of a positive sexual experience on a show known for showcasing sexual brutality. So many individual pieces of this love scene break the GOT mold: there is no violence to be seen, it isn't about using anyone's body for the sake of establishing dominance, and, most shockingly, the woman's sexual pleasure actually takes precedence over the man's for once.

It is beyond refreshing to watch a woman be the less emotionally vulnerable sexual participant. The rendezvous only goes down at all because Missandei is bold enough to act on her feelings, while Grey Worm seemed like he might never work up the courage himself. And once things do heat up, Missandei again takes the lead when Grey Worm, a eunuch, expresses hesitation at the idea of showing her all of him. Sex isn't just sex here — it's tied up in very human emotions and vulnerabilities that Game of Thrones has a tendency to gloss over or skip altogether. And Missandei is the brave one who helps Grey Worm confront those scary feelings, not the other way around.

Of course, this scene is also particularly empowering because it's not often that we see a male character on GOT prioritize a woman's satisfaction over his own. His willingness to go down on her knocks the patriarchy down a peg in the bedroom.

So, yes, it's true that we've seen a woman act with sexual agency on this show before (namely Dany, when she orders Daario Naharis to "take off your clothes"), but it's just never felt quite as loving and empowering as it does in this particular scene between Grey Worm and Missandei. Personally, I'm hoping that Game of Thrones continues this season's trend of letting women take the lead — in bed and in the battlefield, too.