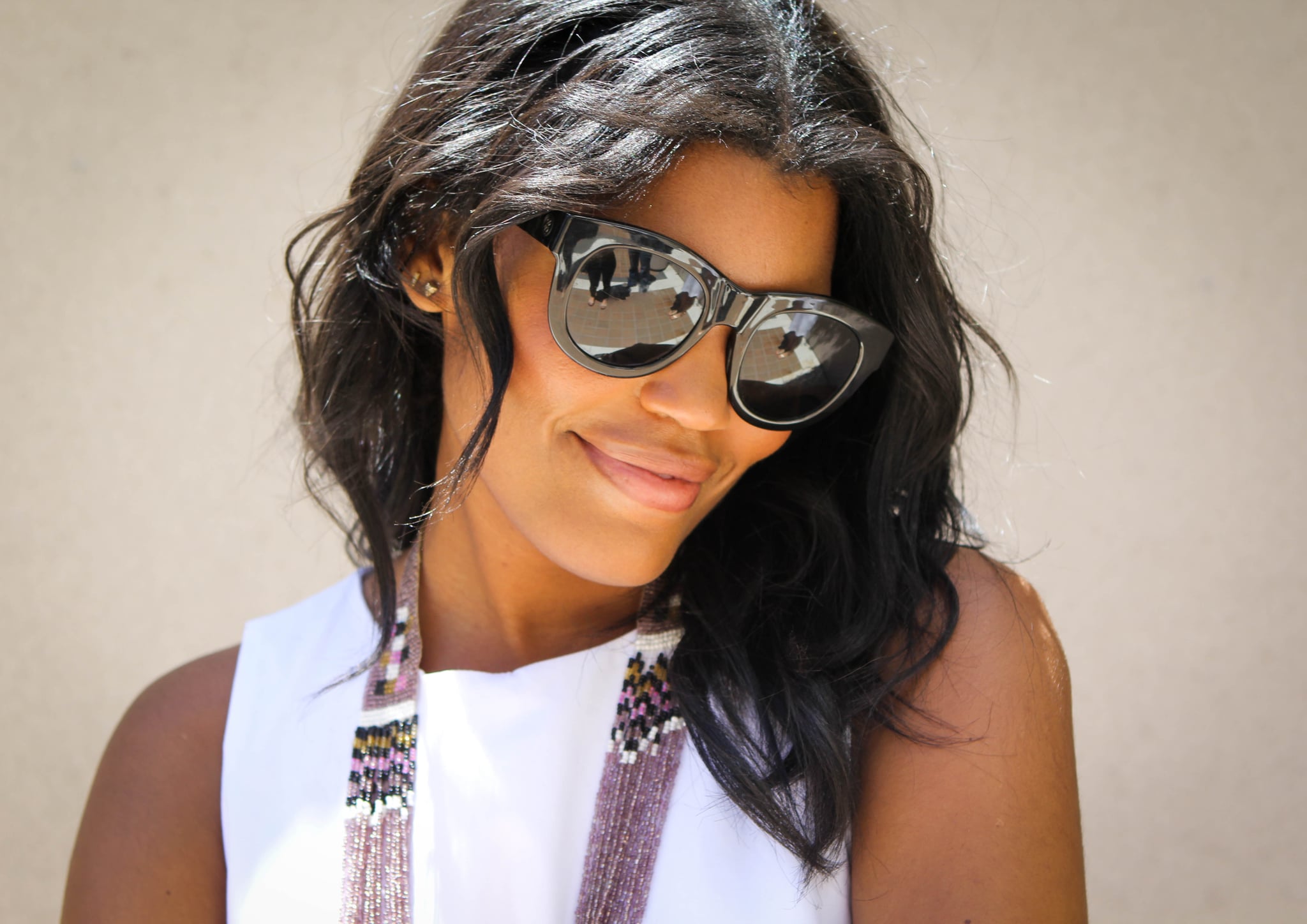 Once or twice a month, when I'm at home on the couch with a glass of wine, I check a dating app. I have a hard time making the first move, but I can't tell you how many messages I get that bring up race right away, or the number of (white) guys that reach out to me with, "You're really pretty for a black girl." The first time I can remember being confronted with this "fact" was in seventh grade. I had a huge crush on a (white) guy in my science class and — with an amount of courage that I wish I could muster as an adult — I asked him to an upcoming school dance. He turned me down, saying that he didn't like me "that way," and perhaps the deflated look on my face inspired some sort of need on his part to explain further, so he added, "I only date white girls. But just so you know, you are the prettiest black girl in school."

Even now, I can remember exactly what was going through my head; We're 12. How do you know you only date white girls? — I was a very pragmatic child — followed by, He thinks I'm pretty! I knew it made me uncomfortable, but I was a noodle-legged, acne-ridden preteen who would have taken any compliment I could get. Needless to say, this same guy's Facebook friend request from last year is still marinating in my inbox, because along with being pragmatic, I can also be a little petty.

When it comes to socializing and dating as an adult, there has been no shortage of these same "compliments" from guys that I meet, whether in person or online. The conversation typically starts with "So . . . what are you?" before progressing into some variation of "You're the most beautiful black girl I've ever seen." My favorite part of this is watching them navigate my face as it twists into some combination of a simper and a grimace while I think to myself, Here we go again, followed by, You obviously haven't seen Beyoncé. I try to glean lessons from everything that happens to me in life, so here are four things I've learned from being pretty "for a black girl."

1. It's not a compliment — actually, it's pretty f*cking racist.

Growing up, I had such horrible self-esteem that I would graciously accept any compliment that came my way, especially from the opposite sex. If you told me that I was pretty "for a black girl," all I heard was "you're pretty." As time went on, though, I recognized that attaching a person's overall attractiveness to his or her race is horribly offensive. Think about it: you may as well be saying, "All black girls are ugly — but you're not! Congratulations! Can I buy you a drink?" Telling someone that they are attractive "for" their race goes deep; it affirms a belief that there is something fundamentally wrong with being a person of color and further perpetuates the notion that they are racial others — especially because white women can be regarded as pretty simply for being white.

2. It's also an immediate dealbreaker.

By telling me that I'm "really pretty for a black girl," that person is letting me know that they are clueless, ignorant, and painfully unoriginal. They are essentially saving me a lot of time and energy by confirming that they aren't even smart or crafty enough to google the phrase "best compliments to give a woman" or search, "Is it rude to compliment a woman on her race?" I just did it, and it literally took five seconds.

3. Not only am I more than my looks, but I'm also more than a stereotype.

The world has always been made up of people who looked different from one another and were beautiful in their own ways. Somewhere down the line, we were taught that white, European features were the epitome of beauty, and sadly, that way of thinking is still common across the globe. Physical features like wide hips, an ample butt, and full lips are often made to seem overly sexualized and even vulgar on black and Latina women — even though they are inherently characteristic among women of color — but those same features are widely considered to be attractive on white women. It's an analysis that is especially relevant today and typically brought to the table when discussing cultural appropriation, stereotypes, and the Kardashians. I'd be lying if I said that I don't second-guess a guy's motives when he makes comments about my race, asks me about my ethnic background, or assumes I know how to twerk (an actual message I've received on Tinder). Sure, it makes meeting potential dates much harder, but I'd rather be single than someone's interracial relationship experiment.

4. You know what? I don't even NEED to be called pretty.

As I've gotten older, I've realized that I don't need to be immediately recognized for my looks, because let's be real: isn't that why the person was first interested? Isn't that why they approached me, or swiped right, or asked my friend if I was single? They can save their flattering remarks for my sense of humor, or my dance moves, or my ability to finish a crossword puzzle in 10 minutes. I'm totally OK with being complimented — as long as it's not "for a black girl."