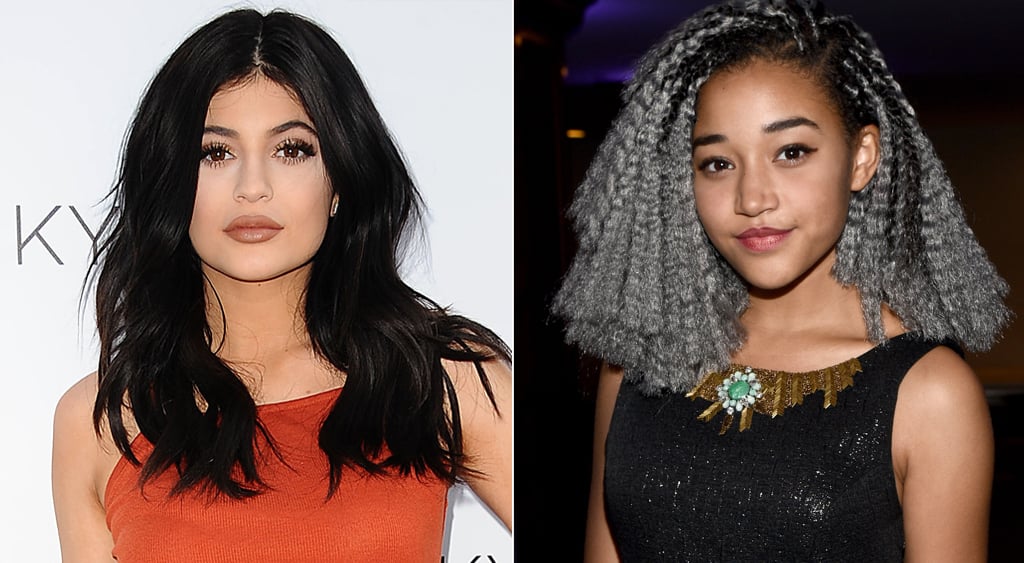 Kylie Jenner has been accused of cultural appropriation on Instagram. It all started when the 17-year-old showed off her new cornrows in a selfie on Saturday. "I woke up like disss," she wrote in the caption, quoting Beyoncé's "Flawless."

The post received thousands of comments from users, including actress Amandla Stenberg, aka Rue from District 11 in The Hunger Games. "@novemberskyys when u appropriate black features and culture but fail to use ur position of power to help black Americans by directing attention towards ur wigs instead of police brutality or racism #whitegirlsdoitbetter," Amandla wrote.

As the Internet took notice of the comments, Kylie fired back, writing, "@amandlastenberg Mad if I don't, Mad if I do…. Go hang w Jaden or something." The reality star was referring to Jaden Smith, with whom Amandla attended prom and Kylie has hung out on several occasions over the years. Jaden was even on the short guest list at Kim Kardashian and Kanye West's wedding — remember the Batman costume he wore?

Amandla's passion for the subject suggests her debate with Kylie isn't personal. The actress succinctly explained the history of cultural appropriation in "Don't Cash Crop My Cornrows," a video she posted to Tumblr in April. Amandla took aim at several stars for copying African-American culture, including Iggy Azalea, Macklemore, and Katy Perry.

This isn't Kylie's first time being involved in an online feud. Amber Rose criticized Tyga for his rumored relationship with Kylie in February. Eventually, her sister Khloé Kardashian came to her defense in a series of tweets.

Michelle Obama
Michelle Obama Responds to "Horrifying" SCOTUS Decision: "It Must Be a Wake-Up Call"
by Yerin Kim 23 hours ago